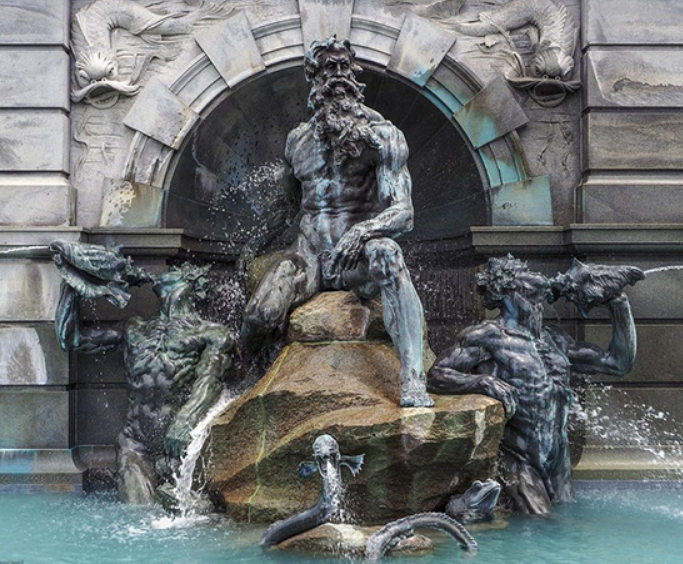 Poseidon, is the god of the sea in ancient Greek mythology, one of the twelve gods of Olympus. He is also the god in charge of horses. Legend has it that he gave mankind the first horse. The amount of the Poseidon sculpture is a golden chariot driven by a white horse. He is the brother of Zeus and Hades. When Poseidon is angry, sea monsters will appear in the sea. When he wields a trident, he can not only easily set off huge waves, trigger storms and tsunamis to sink the continent and break the world, but also smash everything to pieces, and even cause big waves. earthquake. When his chariot is galloping across the ocean, the waves will become calmer and dolphins will follow. Therefore, Greek seamen and fishermen near the Aegean Sea adore him extremely. The temples of Poseidon sculpture are mostly built on the promontory and the strait. The animals contributed to him include horses, dolphins, and bulls. The pine tree is his holy tree. You can have a look at these outdoor greek statues of Poseidon. If you are interested in Greek mythology, Aongking also has a lot of Greek sculptures for your reference. 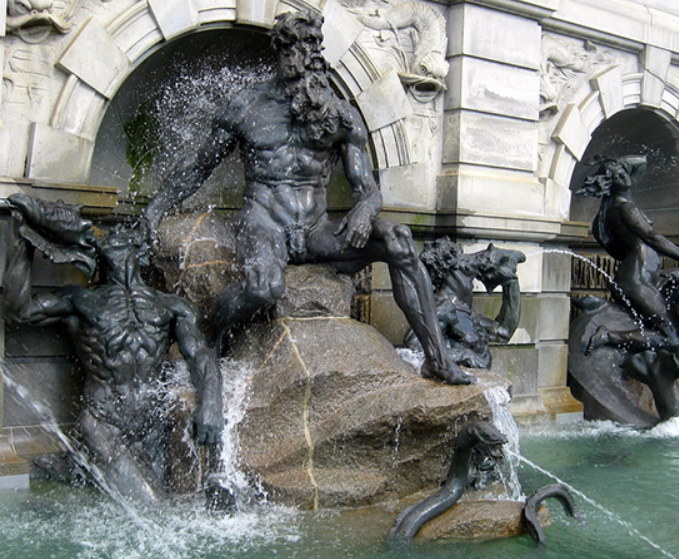 Neptune is the Roman form of Poseidon. For Greeks, he was a major civic god and was highly respected for being the god of the sea and earthquakes. However, the Romans, who were not seafaring people, associated him more with fresh water and horses and treated him with fearful respect. Take a look at outdoor Greek statues of Poseidon. Poseidon sat on a stone and looked into the distance. Next to him were two men blowing his horn. These outdoor greek statues of Poseidon show Poseidon’s powerful aura. 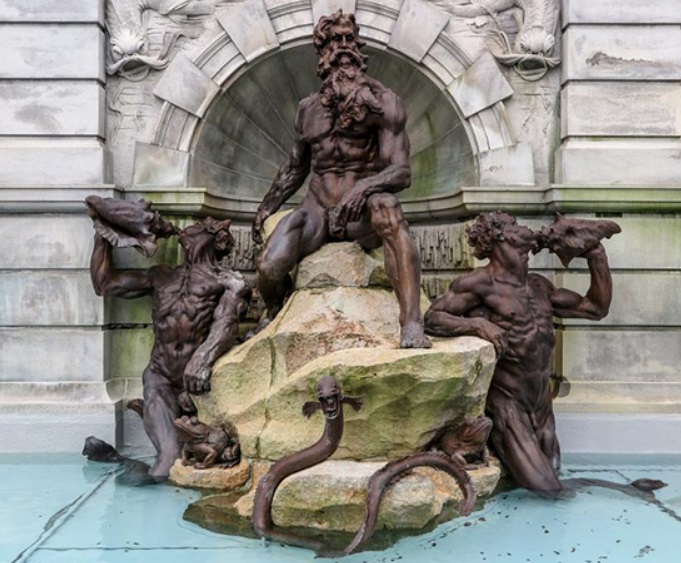