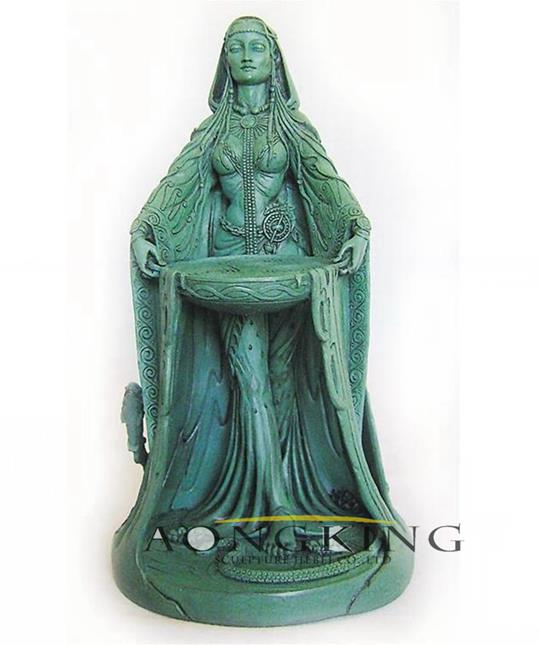 Wiccan’s view of divinity is usually theistic, surrounding goddesses and horn gods, so it is usually dualistic. In traditional witchcraft, as expressed in the works of Gerald Gardner and Doreen Valente, the theme of divine gender polarity is emphasized, and God and Goddess are regarded as equal and opposite divine cosmic forces. In some newer forms of Wicca, such as feminists or Dianic Wicca, goddesses are endowed with supreme status and even exclusivity. In some traditional witchcraft with a similar theology to the dualism, the status of horned gods is higher than that of goddesses. Some Vikans are polytheists, believing in many different gods from various pagan pantheons. Others believe that, in the words of Dion Fortune, “all goddesses are one goddess, and all gods are one god”. Some Vikans are both dualists and polytheists because they respect different pagan gods. At the same time, they kept the worship of Vulcan Goddess and Horn Gods, who believed that they were the supreme gods. This method is no different from the ancient pagan pantheon. In the ancient pagan pantheon, a holy couple, gods and goddesses are regarded as the supreme gods of the entire pantheon. Some people believe that divinity has a real, external existence. Others regard goddesses and gods as archetypes or thought forms in collective consciousness. You can have a look at this bronze wicca goddess statue.

Traditionally, in Wicca, the goddess is regarded as a triple goddess

Traditionally, in Wicca, the goddess is regarded as a triple goddess, which means she is a girl, a mother and an old woman. Mother, perhaps the most important of them, Gerald Gardner and Margaret Murray claimed that she was the ancient witch goddess. Some Wiccan traditions center on the goddess. This view is different from most traditions, because most other traditions focus on the duality of Goddess and God. According to several 20th century witches, the most famous is Gerald Gardner, the “father of witchcraft”. The god and goddess of witches are the ancient gods of the British Isles: a long horned god in charge of hunting, death and magic, who rules the heaven of the world after death. And the great Mother Goddess, who gave rebirth to the souls of the dead and love to the living. Goddesses are especially associated with the moon, stars and the sea, while horn gods are associated with the sun and forests. Gardner explained that these are the tribal gods of witches, just as Egyptians have their tribal gods Isis and Osiris, and Jews have Elohim. He also pointed out that the existence of higher than any of these tribal gods was considered as the driving force by the witches, but it was still unknown and paid little attention to them… The role of sculpture is to show the background of these ancient myths and stories to more people. Our bronze wicca goddess statue can let you know more about the goddess. Take a closer look at this bronze wicca goddess statue and you may find a more interesting world. Aongking also has more ancient figure sculptures for you to choose from. 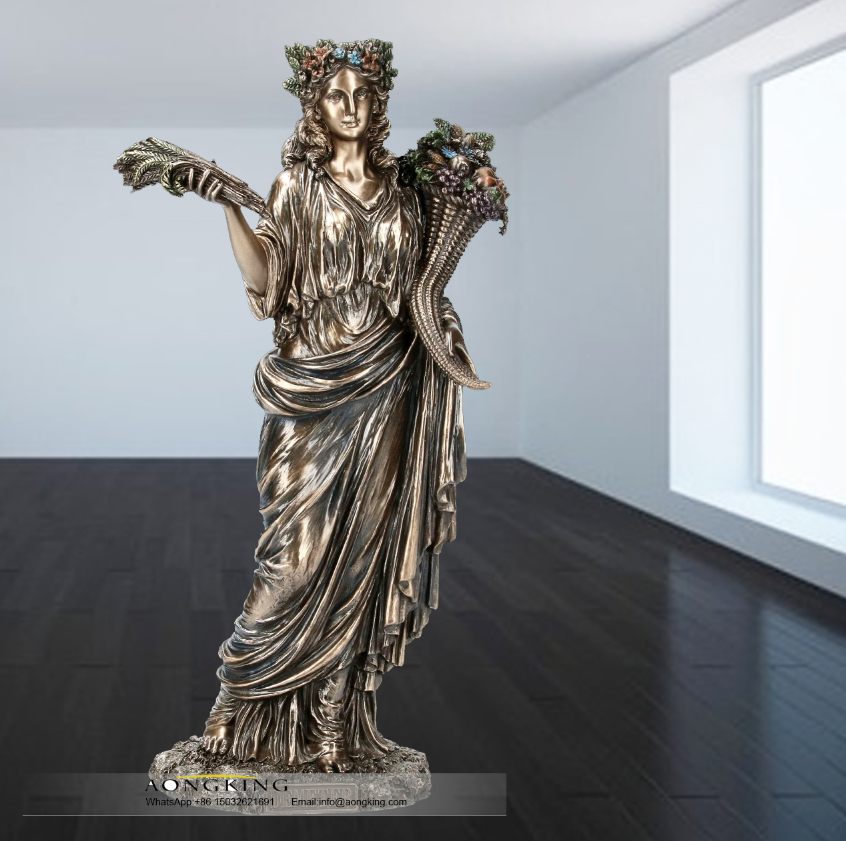