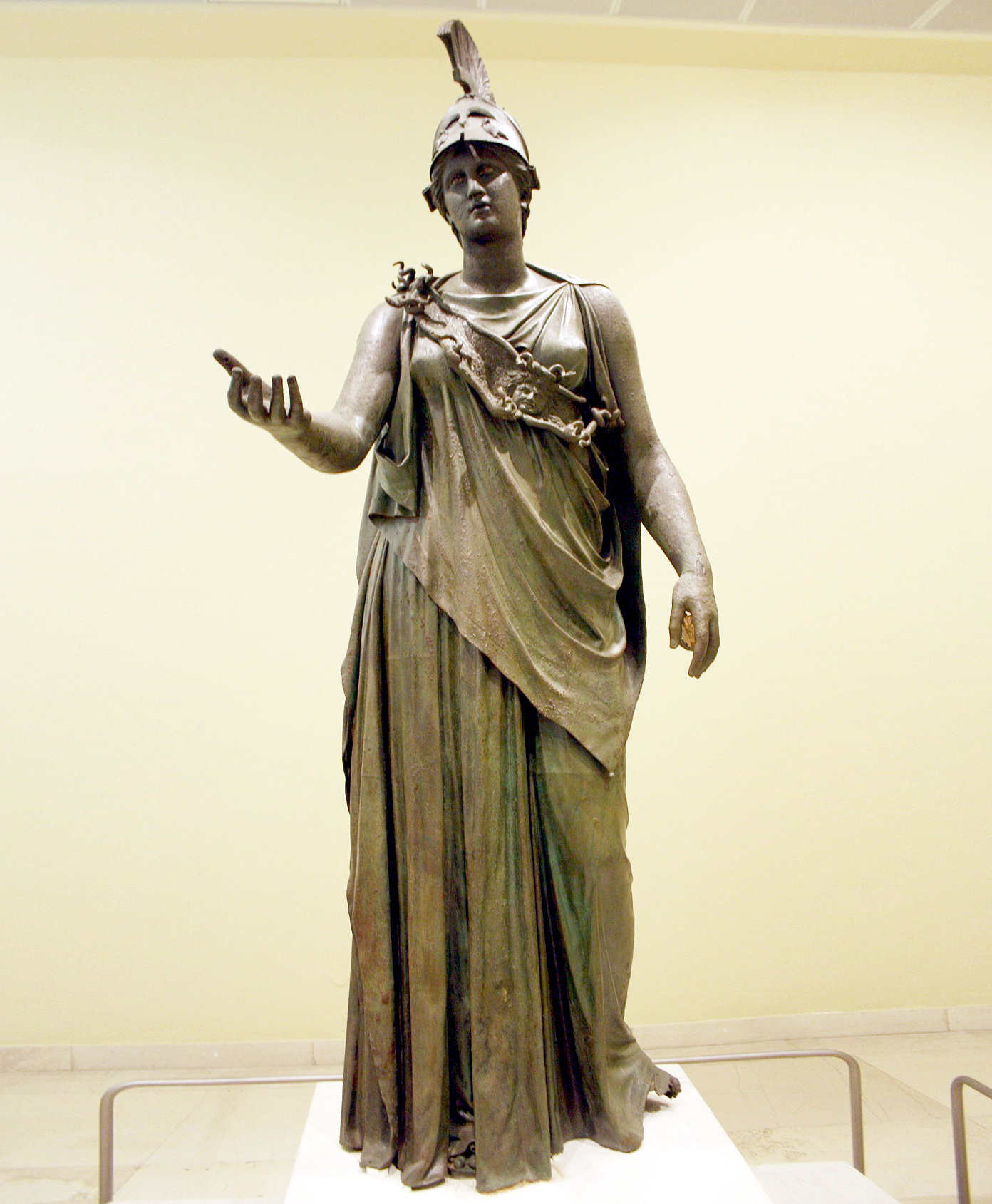 The classic image of Athena sculpture

A 4th century BC statue of Phidias Athena. The rest of the statue is made of wood and gold. Athena’s skin was carved out of ivory to represent the goddess’s fair skin. Athena had a pair of famous bright and large eyes. From ancient Greek statues, it usually has an oval face and a typical Grecian nose. Her mouth is small and often tight, her hair is worn in a bun or bun, and she wears her own beautifully embroidered skirts. She always had an owl on her shoulder. Aegis in battle wearing a helmet and a serpent’s armor over his upper skirt, with a spear or victory in his right hand and a golden tassel in his left. The Athena sculpture is also one of the most popular sculptures of famous Greek mythological figures. We also have a lot of Greek mythological sculptures for you to choose from. 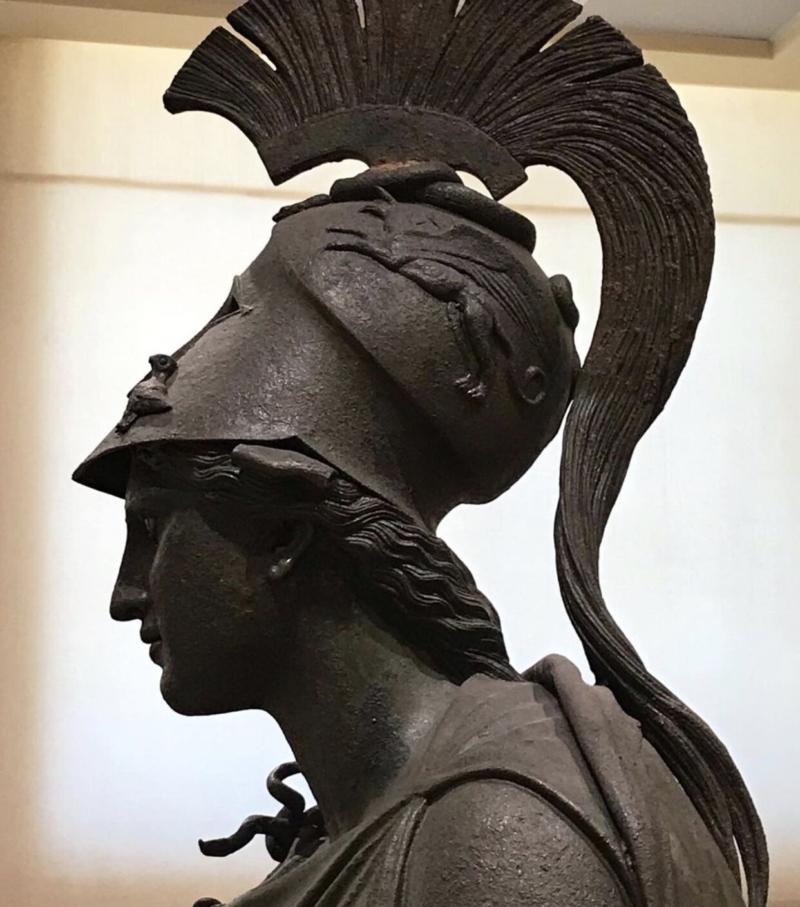 the head of Athena sculpture 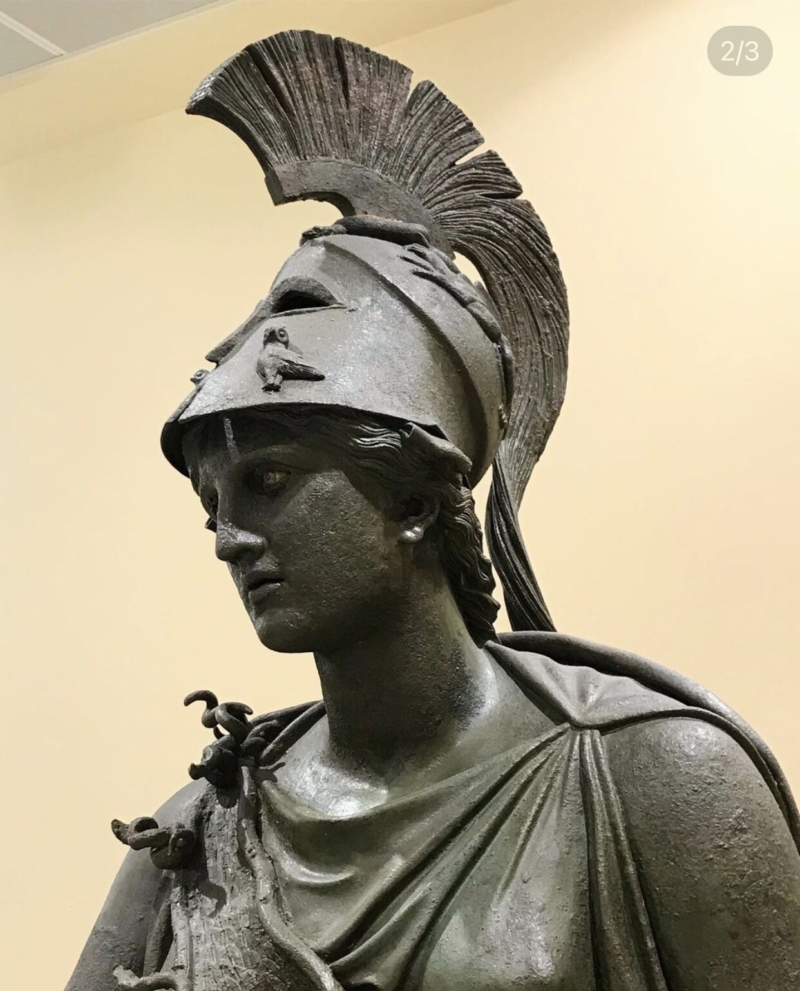 The birth of the Athena myth

Zeus married Metis, who had avoided his advances by various changes. Gaia prophesied that Metis would give birth to a son and a daughter and that the boy would become king of the men of God. Zeus was afraid of this, so he swallowed Metis. When Zeus was about to give birth, he had a terrible headache. The fire god Hephaestus split his head open with an ax. Athena jumped out of his head. Metis remained at the head of Zeus, advising him. The legend of Athena becoming the patron saint of Athens has to do with a game between the goddess and Poseidon. When Athens was first built by a Phoenician, Poseidon and Athena competed for the honor of naming it. Whoever could provide the most useful thing for mankind would become the patron of the city. Poseidon struck the ground with his trident and produced a horse. Athena conjured an olive tree, a symbol of peace and wealth. Athens was named after the goddess because the horse was thought to represent war and sorrow. The goddess soon brought the city under her protection. On the Acropolis in Athens remains one of the most famous buildings of ancient Greece. It was the Parthenon where the goddess Athena was worshipped. Our Athena sculpture is very popular with our customers and has received many positive comments from our customers. Aongking has various types of sculptures to choose from. We can also customize any sculpture you want. If you are interested in it, welcome to contact us. 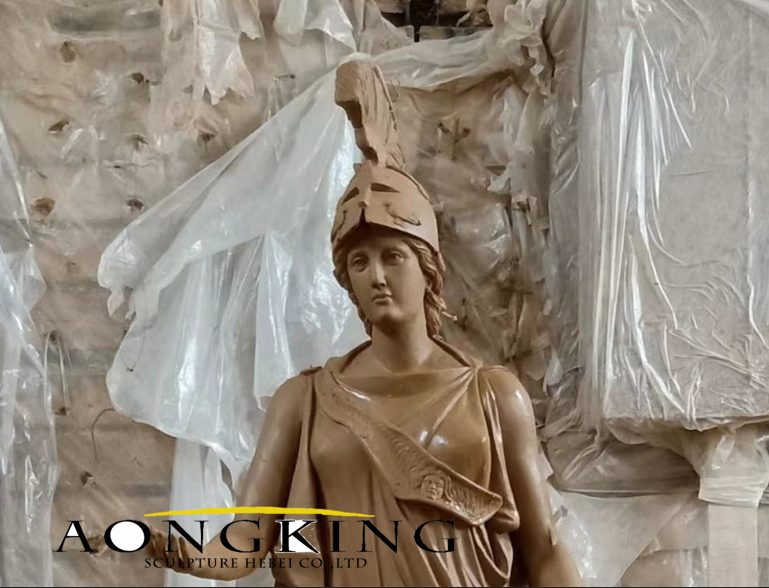