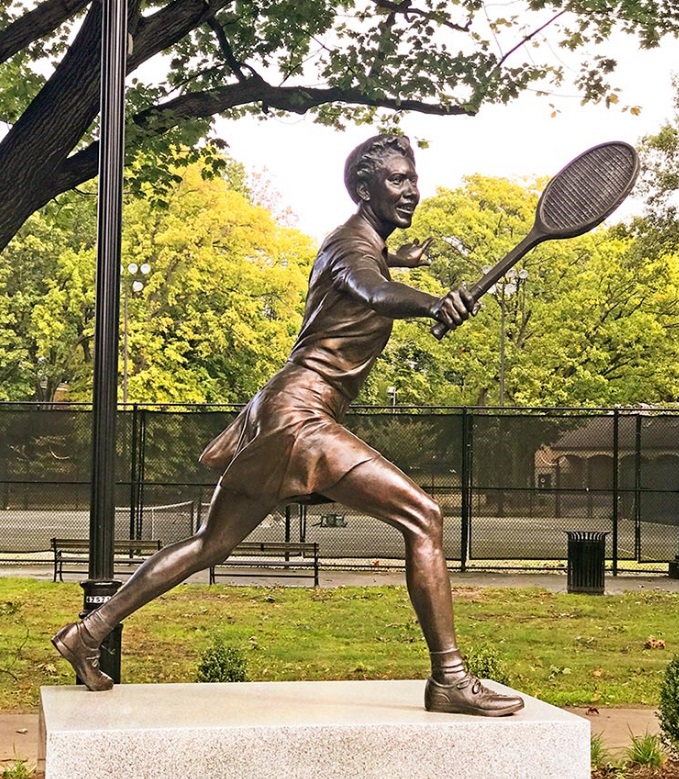 In 1956, she became the first African American to win a Grand Slam title. She won Wimbledon and the US Nationals the following year, then won both titles again in 1958 and was named Female Athlete of the Year by the Associated Press in both years. In all, she won 11 Grand Slam events: five singles titles, five doubles titles, and one mixed doubles title. Gibson was inducted into the International Tennis Hall of Fame and the International Women’s Sports Hall of Fame. “She’s one of the greatest players of all time,” says Bob Ryland, a contemporary and former coach of Venus and Serena Williams. In the early 1960s, she also became the first black player to play on the LPGA Tour. Gibson was often compared to Jackie Robinson at a time when racism and prejudice were rife in sports and society. “Her path to success has been challenging,” says Billie Jean King, “but I’ve never seen her back down.” “She was an inspiration to anybody because she was able to do what it was like to play tennis if you were black,” said former New York City Mayor David Dinkins. “I am honored to follow in such great footsteps,” Venus Williams wrote. “Her achievements laid the foundation for my success, and through players like myself and Serena and many others, her legacy will live on.” If you also like this tennis player statue about Althea Neale Gibson, welcome to contact Aongking. Aongking can also have more famous sculptures for you to choose from. 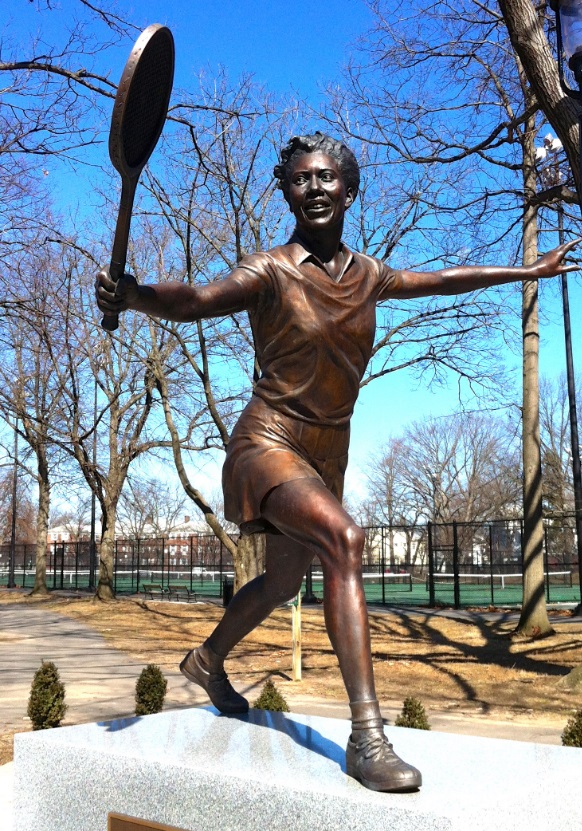