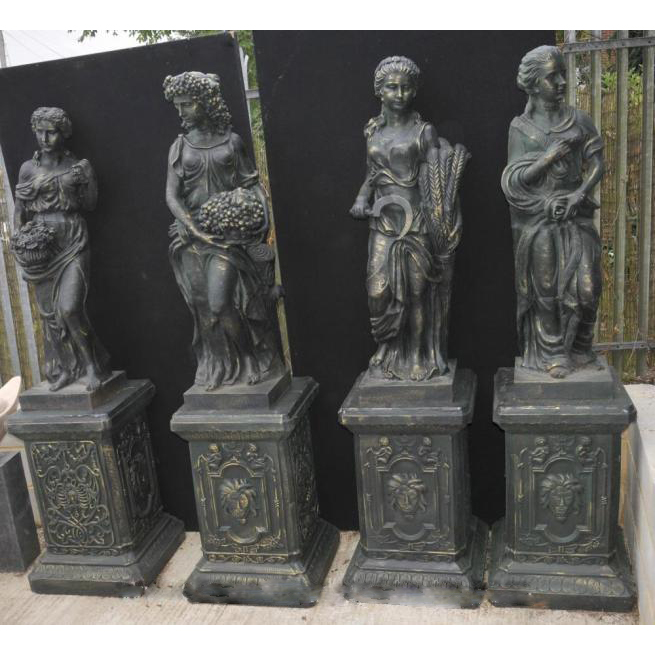 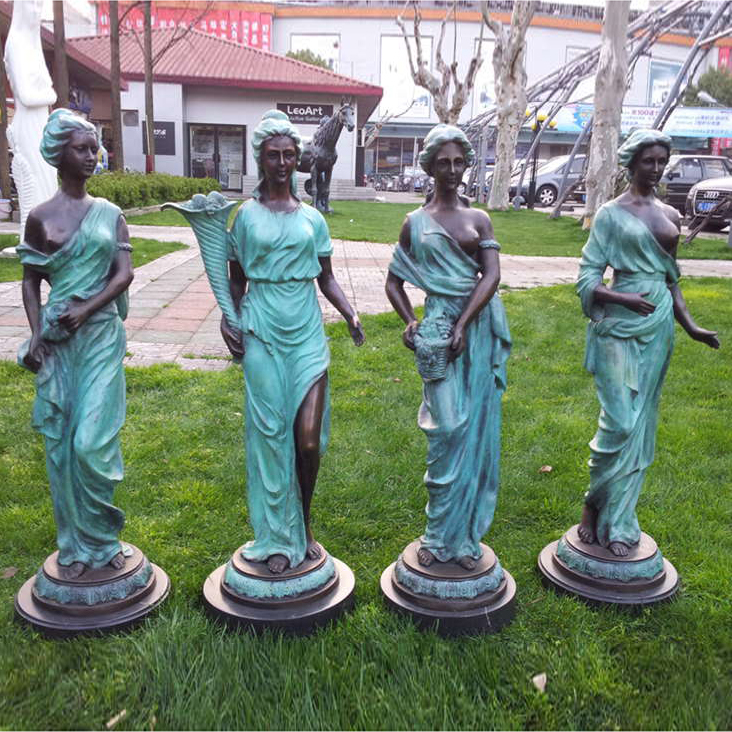 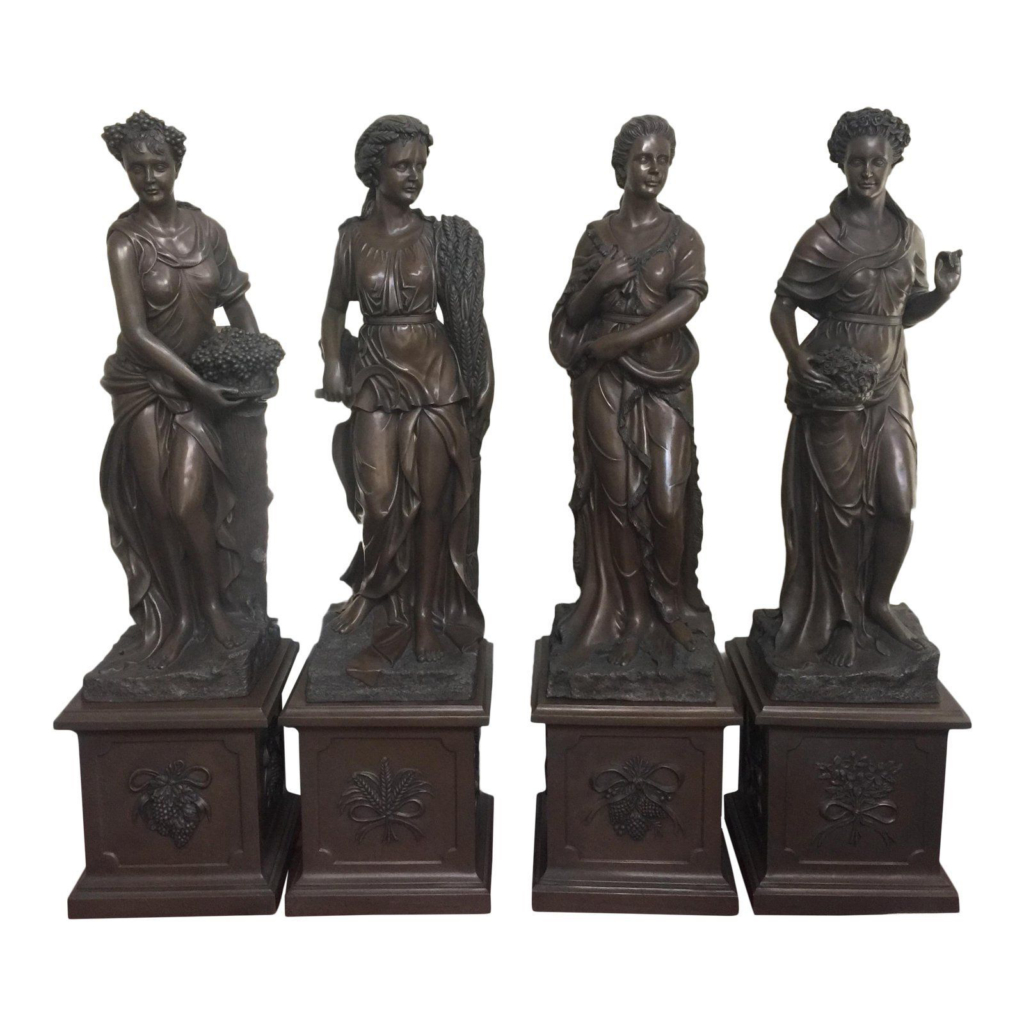 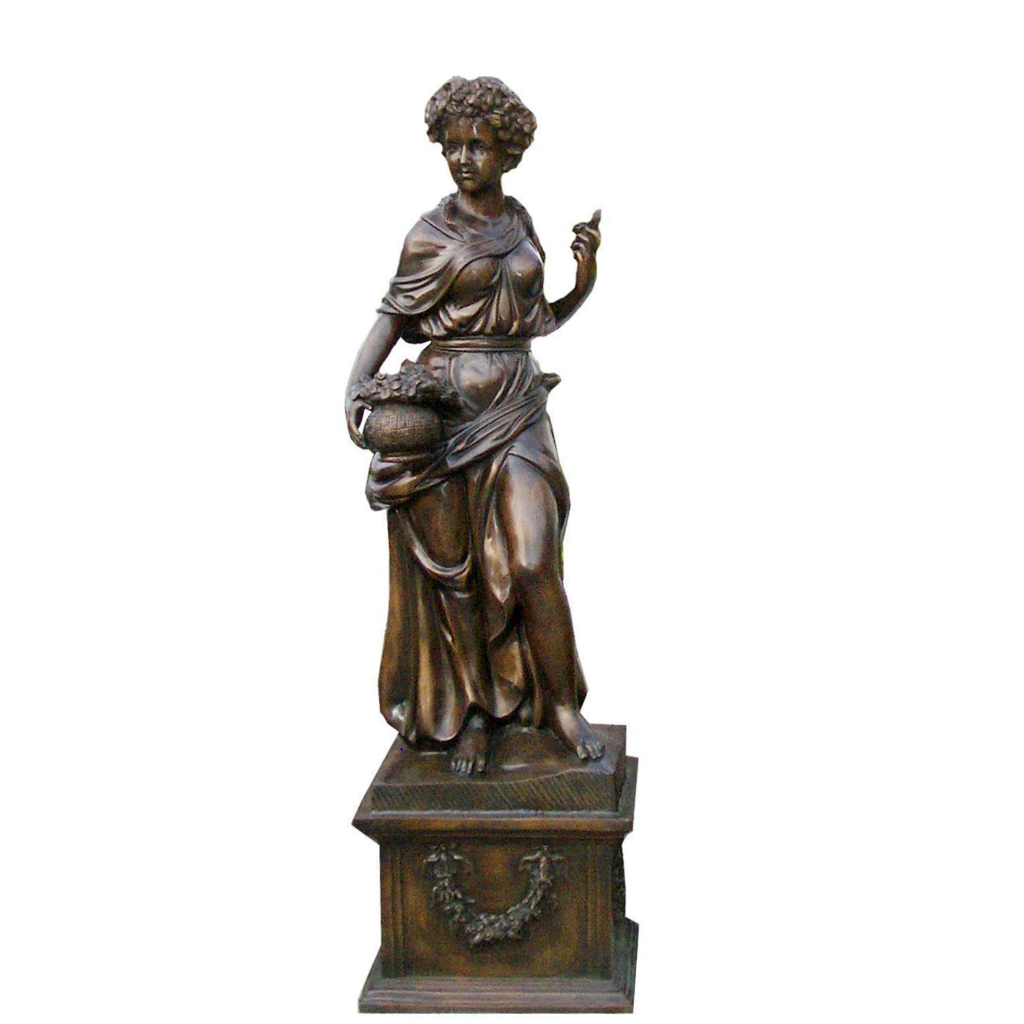 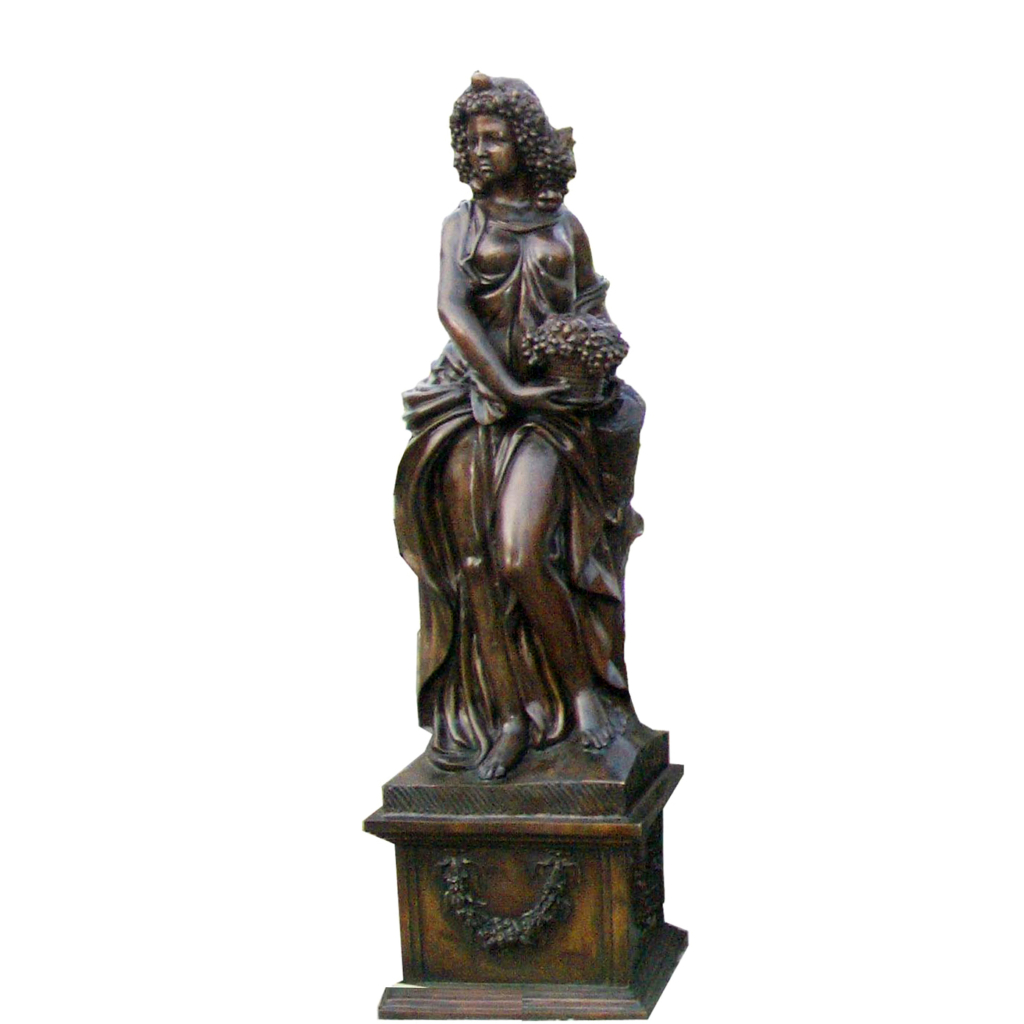 The Four Different Goddess Statues Represent The Change Of The Four Seasons And Have Sacred Significance.

The Seasons Lady statues are a set of four bronze pieces, each representing a traditional, temperate season. These are part of the historic Oldfields Estate’s outdoor sculpture collection. The Four Seasons are figured in ancient Greek mythology who are in charge of the four seasons of mankind. The bronze Four Seasons Lady statue is also a common type of western figure sculpture. The four different goddess statues represent the change of the four seasons and have sacred significance. Moreover, the statue has different shapes and rich connotations, which are commonly seen in gardens, squares, urban scenic spots, and other places. Buy our bronze Seasons Lady statue to decorate your space.

The origin of the Four Seasons in the West has a moving story. Legend has it that the daughter of Demeter, the god of agriculture, was snatched away by Hades. She was in agony and searched for her daughter for nine days and nine nights without finding her daughter. After she becoming an old woman began to look for her daughter, she has no interest in the growth of agriculture, Zeus had to let Hades release their daughter. The mother and daughter finally got together, the earth blossoms and bears fruit again, experience four seasons change, thus had the Four Seasons origin. Therefore, the bronze statue of the Four Seasons is not only a symbol of the change of seasons and the harvest of mankind but also a symbol of love and strength, a spirit of abandoning and refusing to give up. Every good piece of sculpture can bring value and meaning. The bronze statue of the Four Seasons is one of the western figure sculptures with rich meanings. We have more profound sculptures for you to find.

The four sculptures are similar in size, color, and style. Each is cast out of bronze. Each statue stands on a small square base, and the structure is supported by a casted tree stump. The word “Italy” is cast on the bottom of each base. The difference between these sculptures is that each one uses a traditional icon to indicate the season depicted. The bronze statue of the Four Seasons, with various forms, full expression, and graceful posture, makes you feel the changes of different seasons when they appreciate it. We hope our sculptures make you aware that life is like four seasons, experiencing all kinds of challenges. Put the Four Seasons statue in public and spread its spirit to more people.

A life-size statue of the Four Seasons adorns your garden. We invoke the Seasons in the classic Baroque style, and every lawn ornament is based on the original Italian property, from pendant robes to beautiful faces, in stunning detail. These are high-end sculptures that have stood the test of time. Let the Seasons give you the strength never to give up, you also have to believe in where there is a will there is a way! 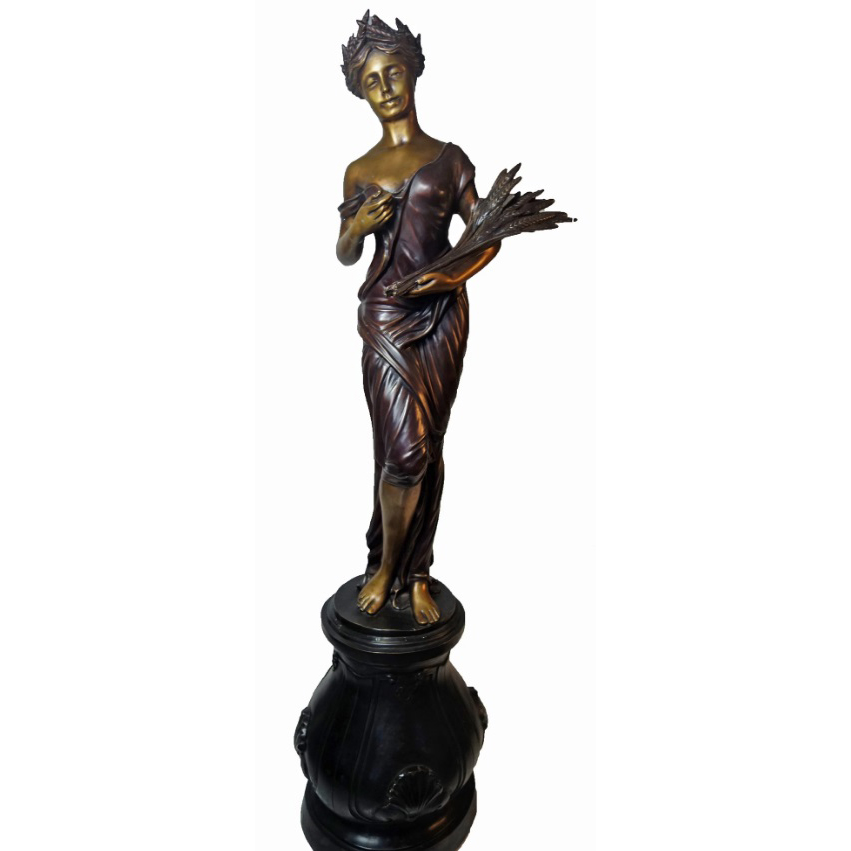 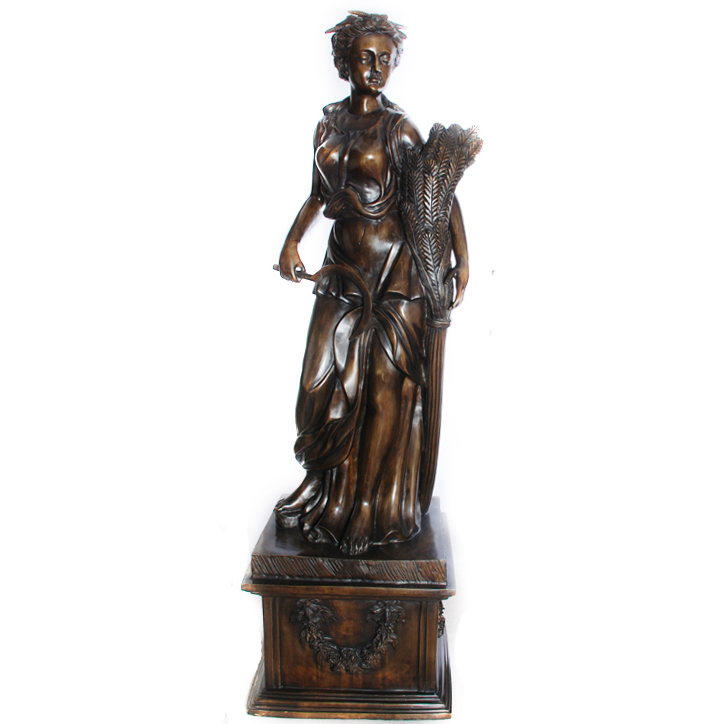 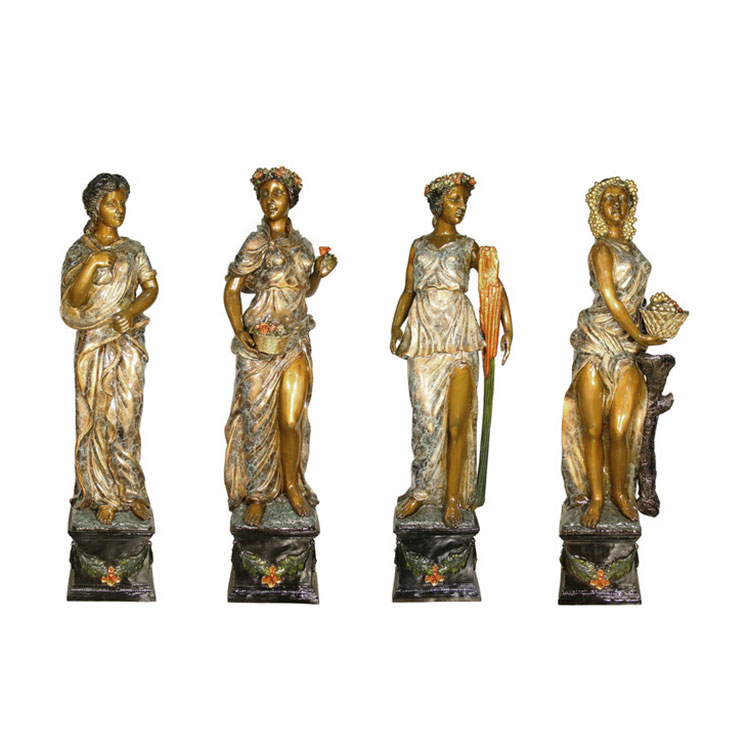 The Art Of Bronze Seasons Sculpture 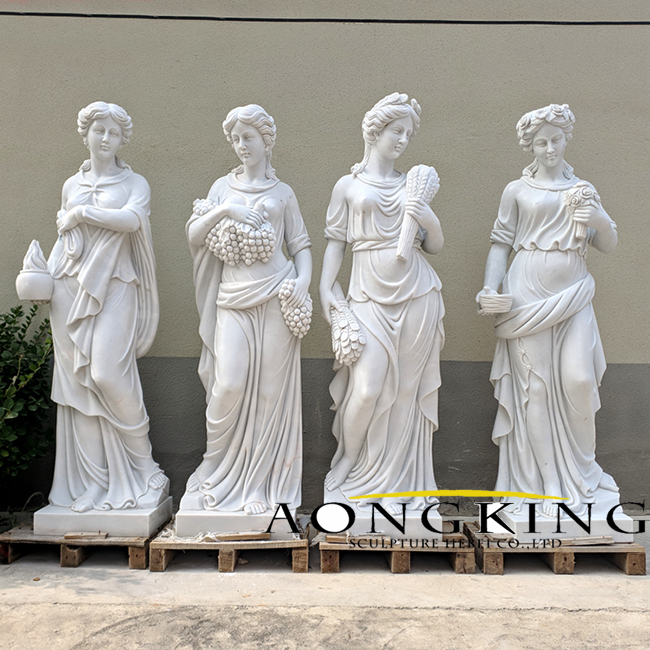 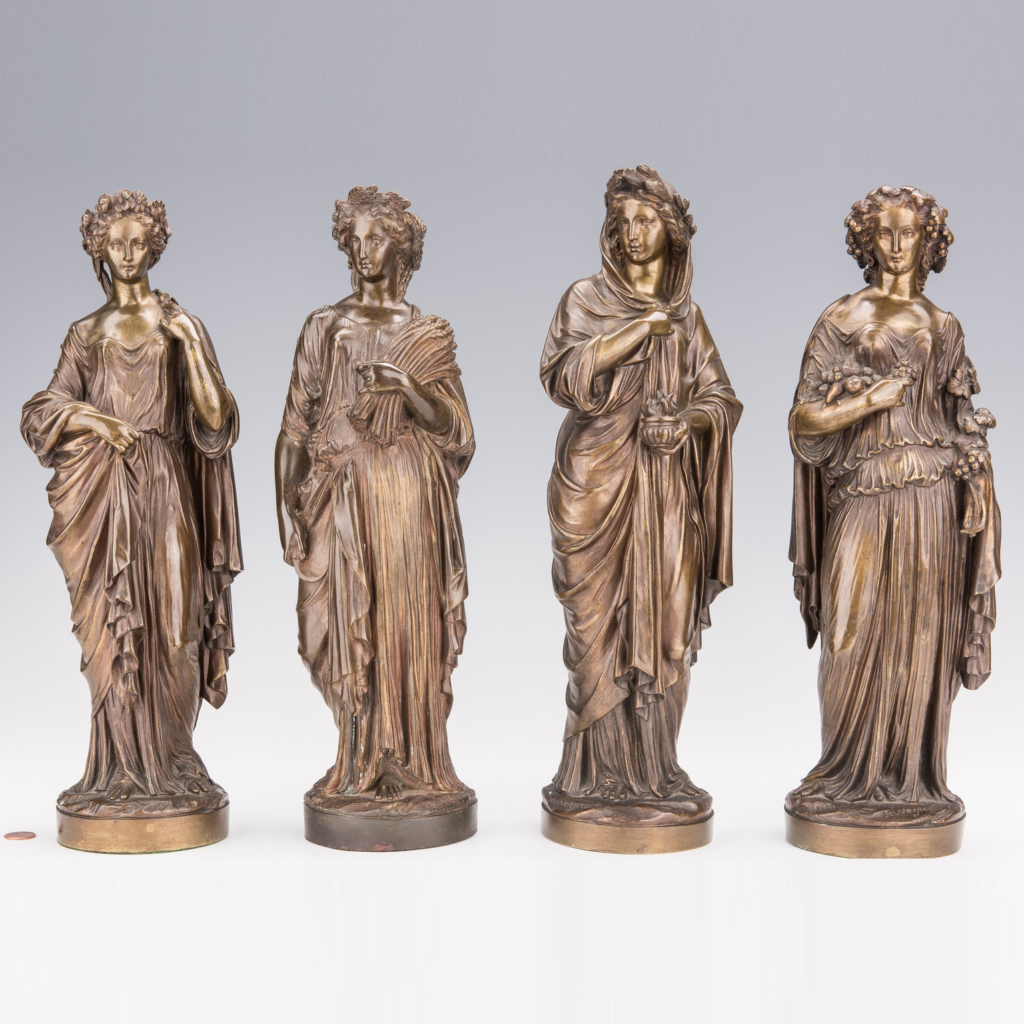 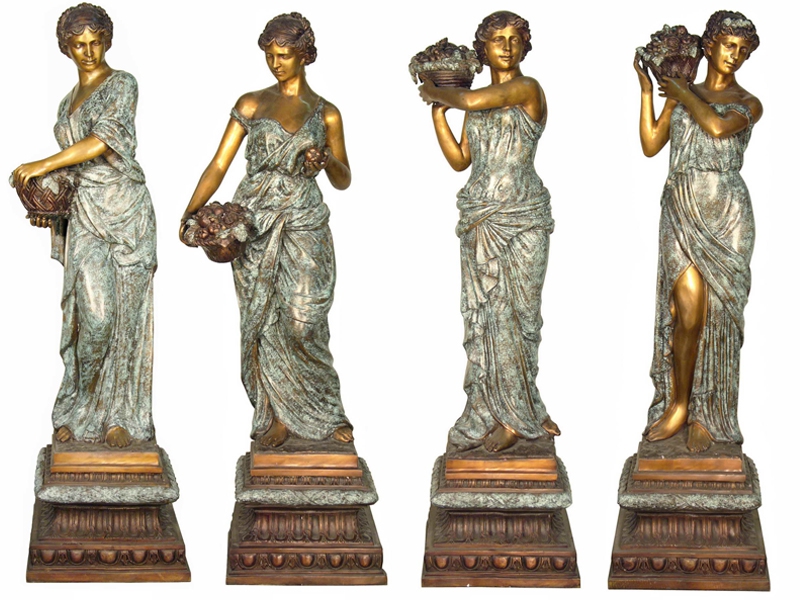