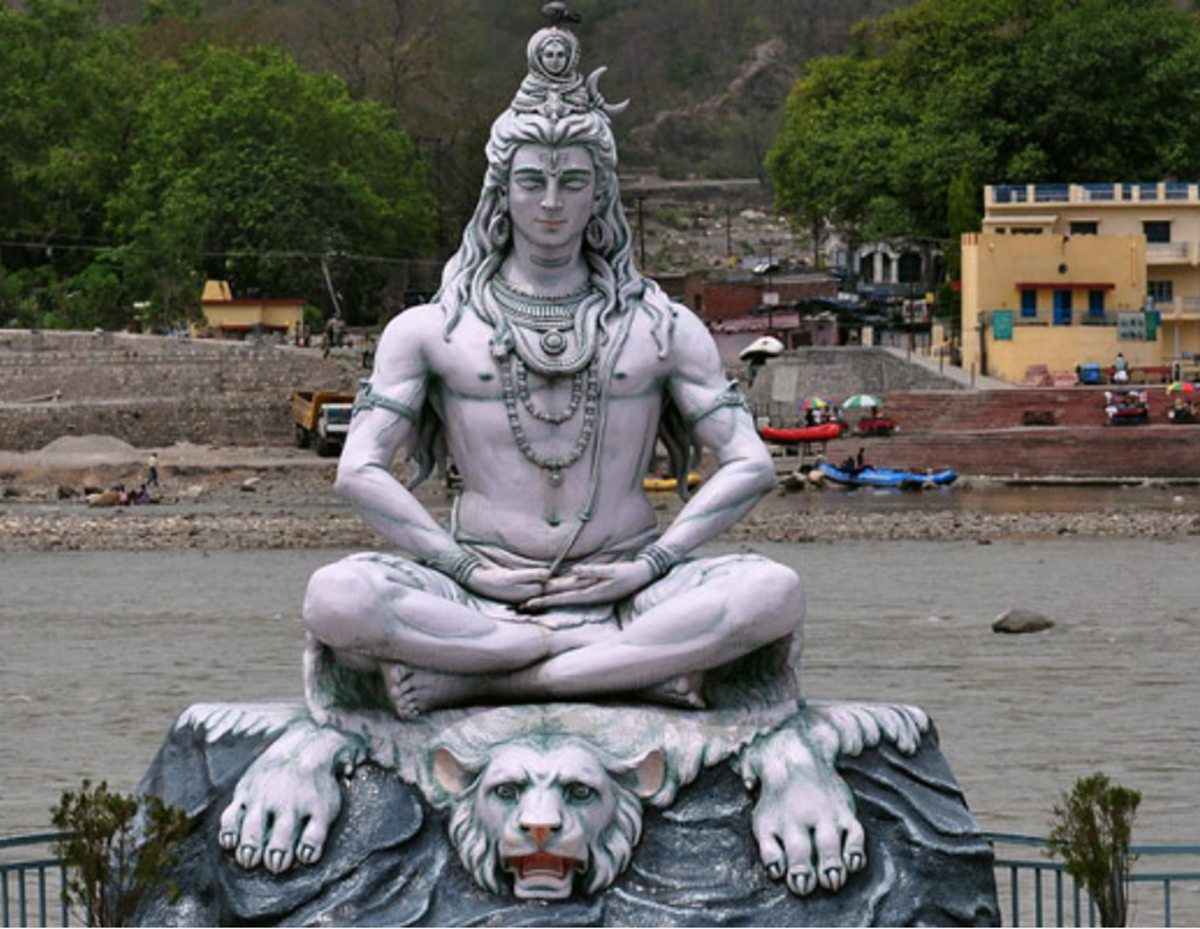 People were brought up in fairy tales. The myth story seems to be a ray of sunshine in the sky lifelike shining on us, it seems to be a lamp lit in universal praise of our life, or like a spring to bring us sweet for nothing. You may have heard of various Greek myths and seen many statues of Greek gods. You enjoy listening to them even though you don’t actually see them happen. Because myth is always so beautiful, so charming, takes you into the world of fantasy. Greco-roman myths are the most common, but some Indian myths are also popular. This is a Shiva sculpture. Shiva is one of the three main gods of Hinduism and the king of the universe.

Shiva is a Hindu triple god with Brahma and Vishnu. The ancestor of Shiva is the beast god of reproduction and The Vedic storm god Rudra of the Indus Civilization. Shiva’s status is that of the destroyer, with a dual character of reproduction and destruction, creation and destruction. He presents a variety of strange and grotesque features, including terror, gentleness, superman, three faces, dancing king, lijia of the Lord, half female of the Lord. Linga (male root) is the most basic symbol of Shiva. Our Shiva sculpture takes you through the different faces of Shiva. 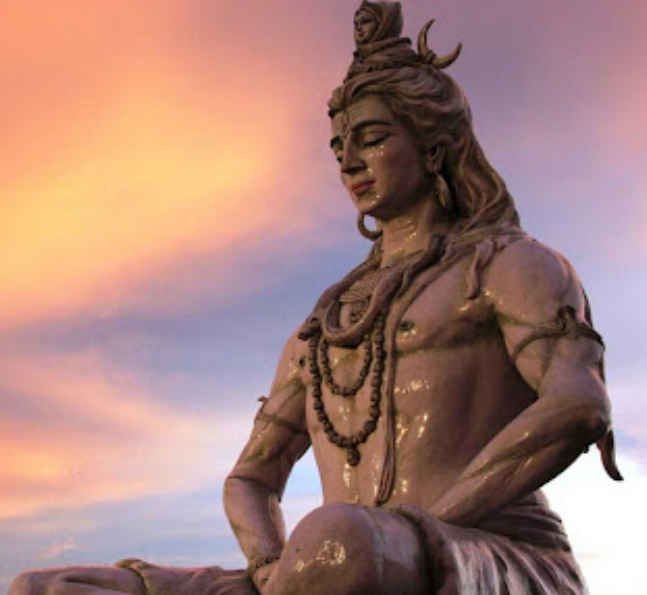 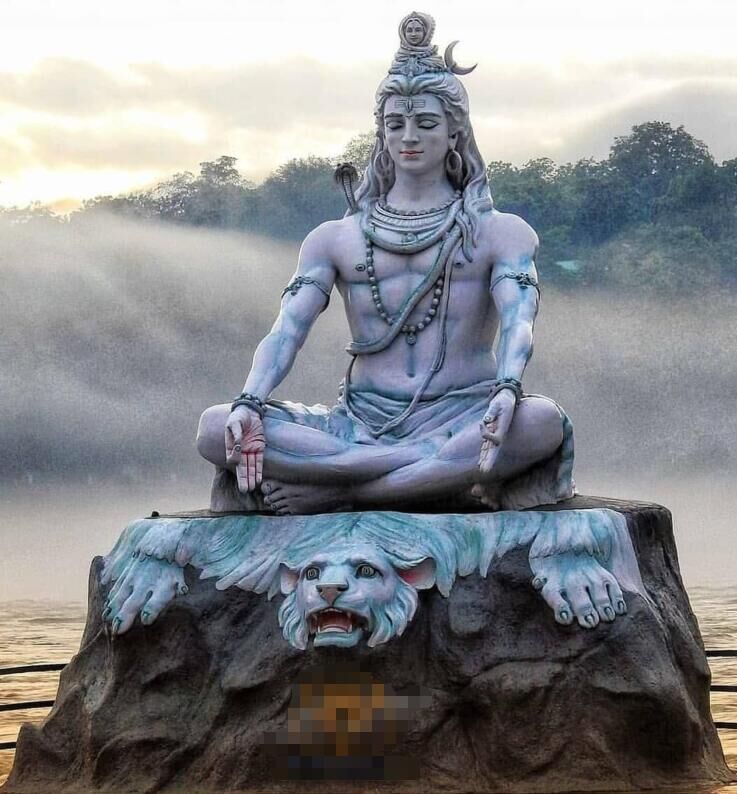 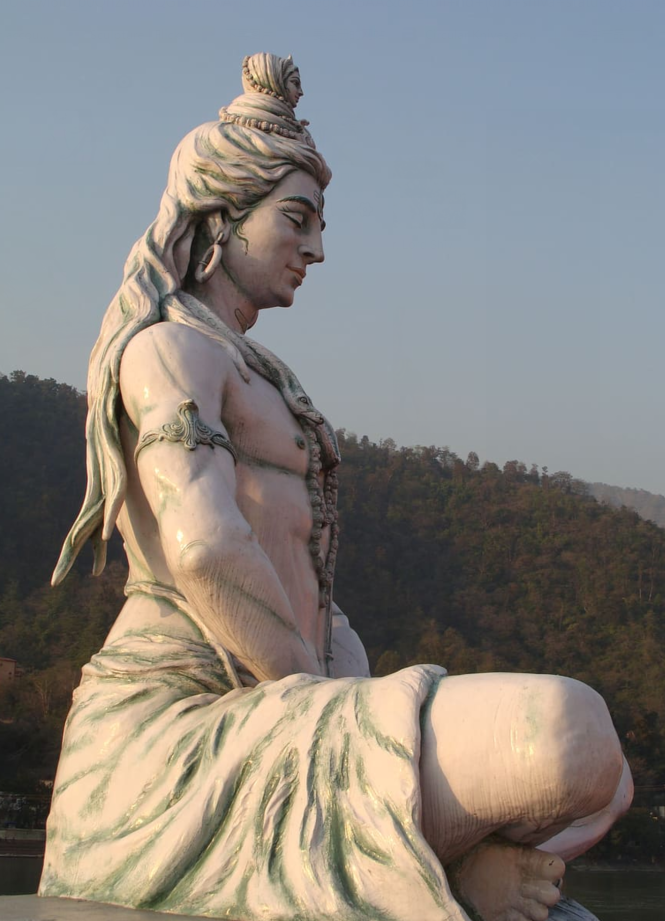 Behind the cold exterior, Shiva has a poignant love story

Shiva sculptures are always seen on many occasions. Shiva is one of the three main gods of Hinduism, the god of destruction and regeneration Shiva is not an old woman. In Hindi, Shiva means benevolent but he’s more of a terror. You can also see it in Shiva sculpture, who rides a cyan bull, wears a necklace of snakes and skeletons around his neck, is covered in the ashes of the dead, and is accompanied by hordes of demons when he appears. Legend has it that Shiva was aloof, straight, bad-tempered, and difficult to get along with. Only his wife knew him best. But his wife died when he set fire to herself at the grand ceremony, and Shiva was so grieved that the true face of the god of destruction was revealed. Brahma at the beginning of the creation, the creation of the world’s first beauty – Savitri. In order to see her every day, he violated the rules of heaven and let himself grow five heads. His faux pas made the other god so angry that he cut off one of Brahma’s heads with his sword. This sword aroused Brahman, but it also aroused his jealousy. Then Brahma cursed the god to wander forever and live in harsh conditions as a penance. The cursed god was Shiva.

Years of solitude had made Shiva withdrawn, straight and ill-tempered, and difficult to get along with. But the presence of his wife, Sati, begins to soften and humanize the stiff Shiva. But Sati’s father Dhartha still did not approve of their being together. After many twists and turns, they finally got married, but Sati’s father had bad blood with Shiva ever since. At a ceremony, Dharshas invited all the gods but not Shiva. Sadie broke into the altar and began to argue with her father. Enraged, Satie lost her mind and burned herself to death in public at the grand ceremony. Shiva heard the news of his wife’s death like a mad bull. Armed with all his weapons, he rode to the meeting on a blue bull. Shiva, with her fierce, angry face and the loss of her beloved wife, struck fear into all the gods as never before. Dhara was beheaded by angry Shiva. Covered in blood, Shiva hugged his wife and laughed to the sky. At that moment, the last flicker of light in his darkness disappeared, and his spiritual support collapsed. After waking up, Shiva, still obsessed with the sight of his beloved wife, took her body from the fire and called her name, and began to wander the world… The sad love story of Shiva and his wife always moves me. Every time I see Shiva sculpture, I think of his love story with his wife. Love is an ancient topic, and we have many beautiful love sculptures for you to choose from.

The dance of Shiva and cultural symbolism

According to a modern concept of history and ideological evolution, human thought is from primitive witchcraft to polytheism, to monotheism, to science and philosophy. The iconology related to the evolution of this thought is correspondingly from the strange image of primitive witchcraft to the rational image of polytheistic religion, to the abstract image of monotheistic religion. In both respects, the dance of Shiva is both a grotesque image (three eyes and four arms) associated with primitive witchcraft and a polytheistic thought. Therefore, the image of the Dance of Shiva as a symbol of Indian culture poses a series of troubles to the world. But it is these troubles that allow us to understand Indian culture from its own perspective. In this sense, the dance of Shiva takes on a deeper meaning. We have not seen the real image of Shiva, you may often imagine a penetrating image in your mind. Our Shiva sculpture can bring the image of Shiva to you. 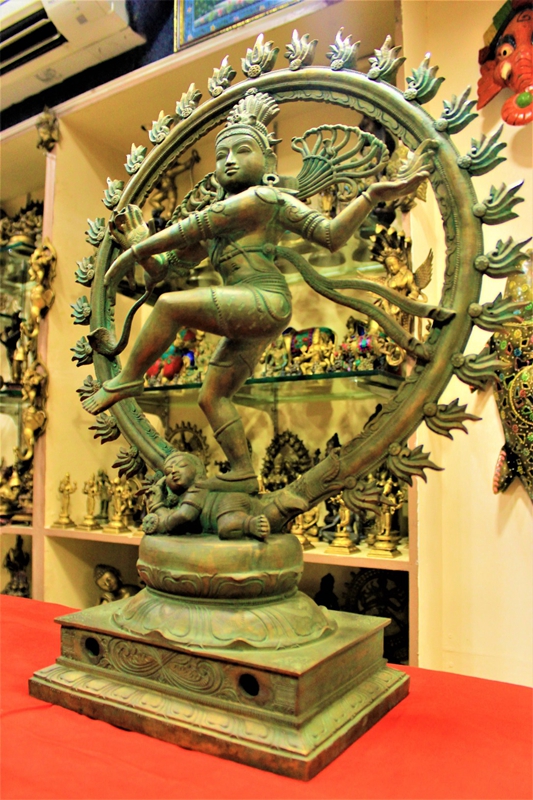 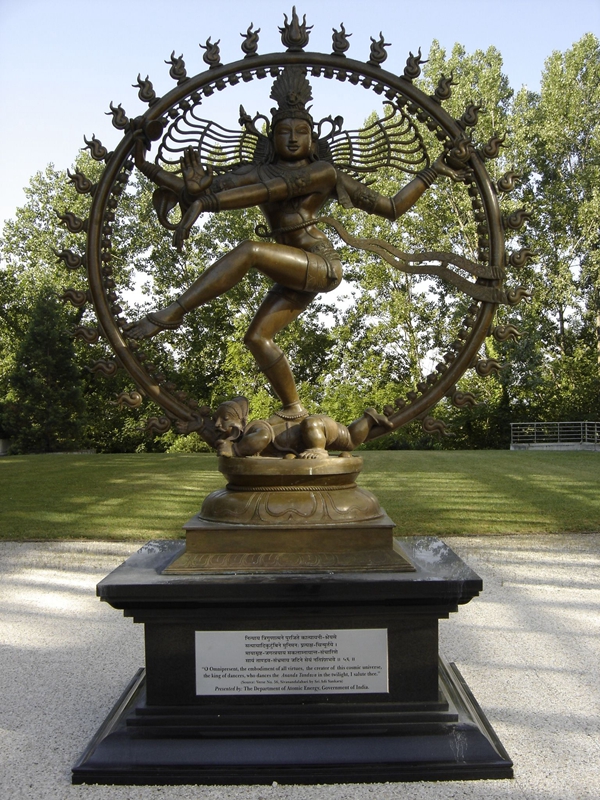 If you look closely, there are endless stories behind every god. Through these fairy tales, we are strengthened in our belief in god. This faith is also a spiritual force that allows us to see the beauty of the world. It is more like a lighthouse in the vast sea, leading us to the boundless ocean of knowledge. There are ancient Greek myths of the heroes are countless, the myth behind the story listen to endless… The stories of Zeus sculpture, Hercules sculpture, and Poseidon sculpture await you. Of course, except for Shiva sculpture, we can make sculptures of various gods for you. Our Shiva sculptures are available in bronze and marble. Welcome to contact us. 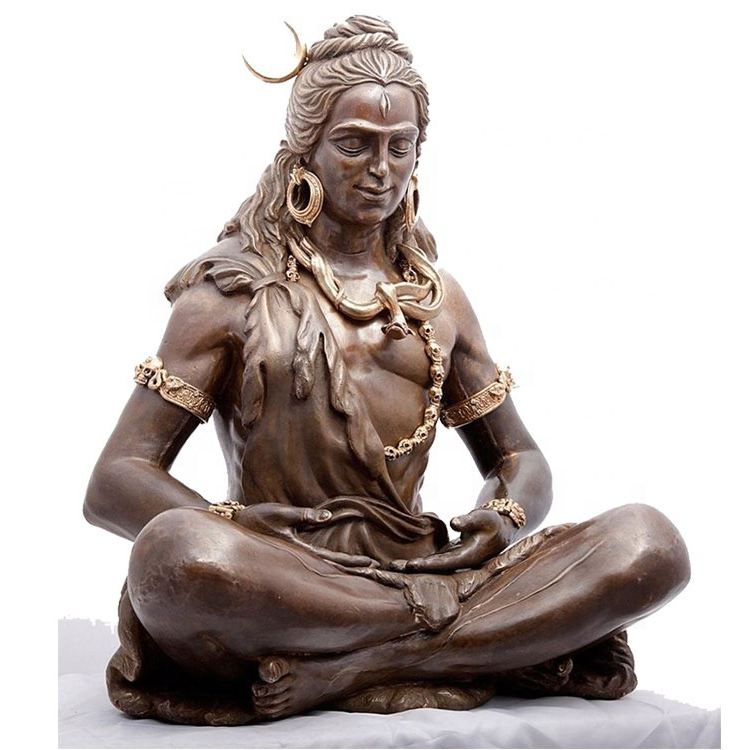 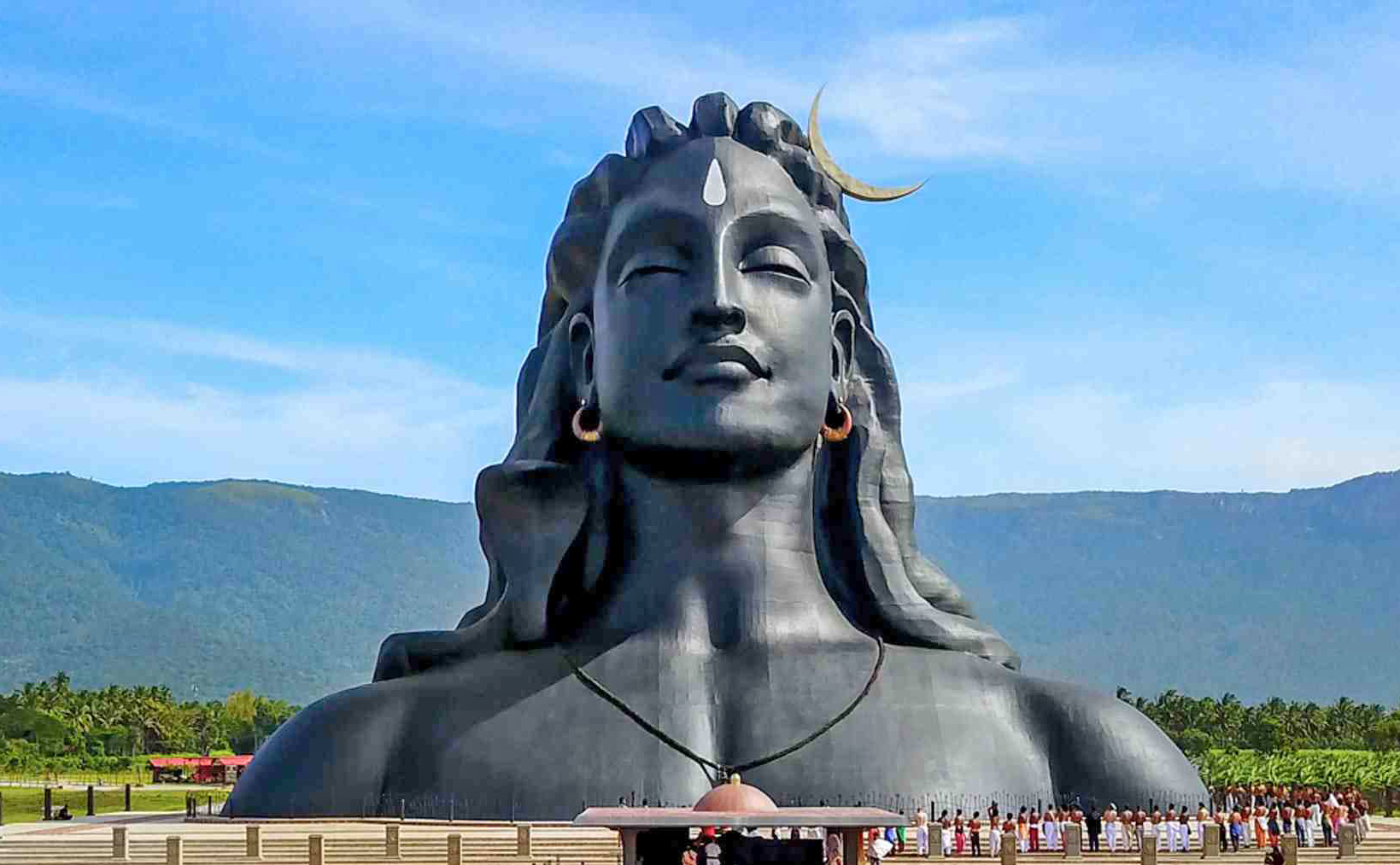 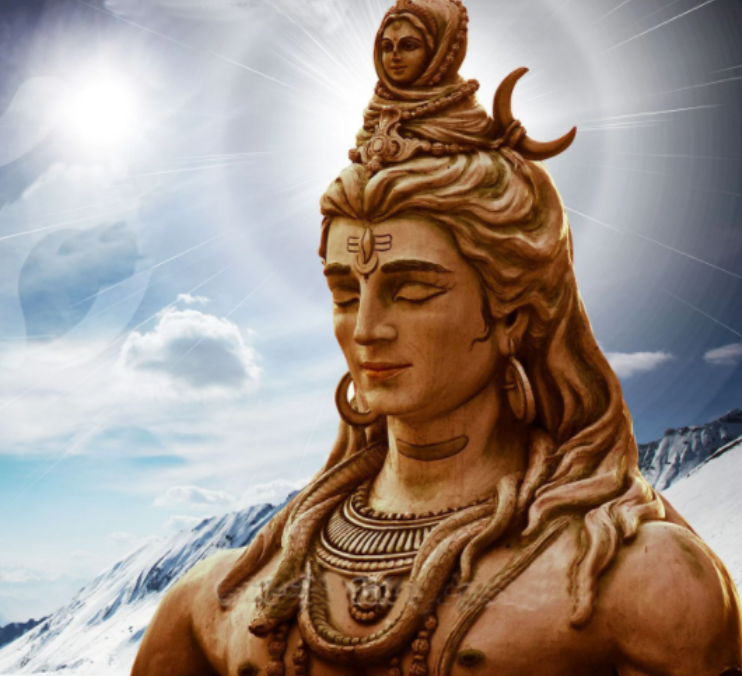 the head of Shiva sculpture 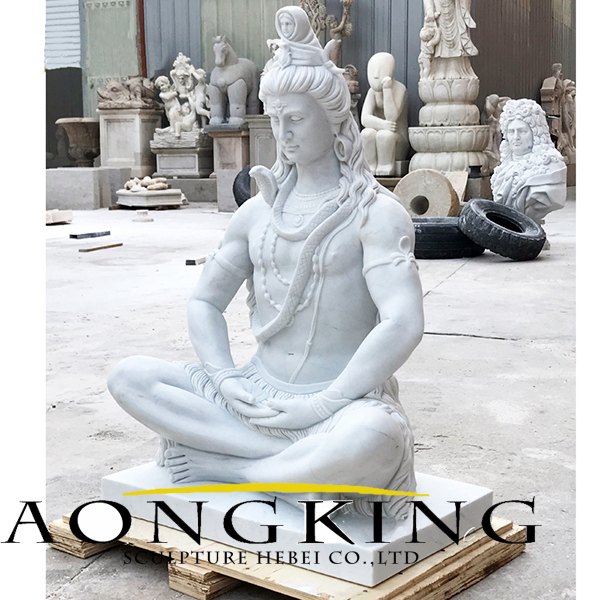