EmailWhatsAppFacebookInstagram
Previous Next
Madonna of Bruges by Michelangelo

Madonna Of Bruges With Baby Jesus Statue by Michelangelo 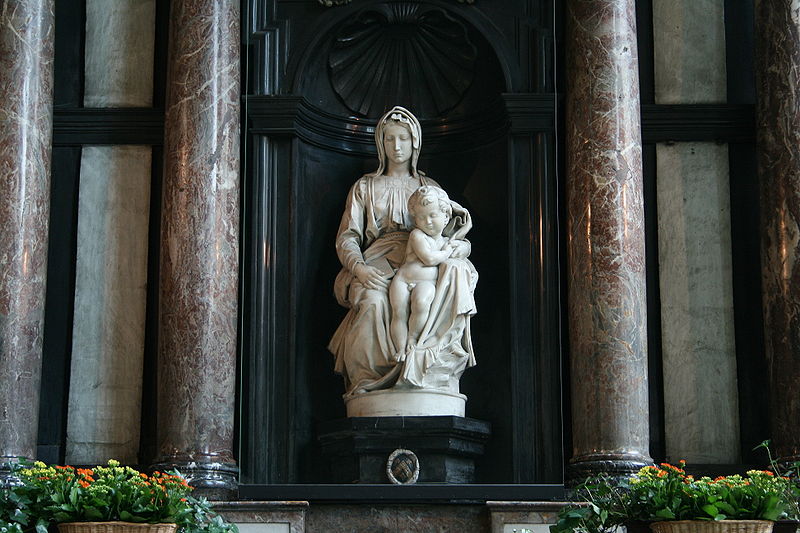 This Madonna of Bruges by Michelangelo was the only sculpture to make its way out of Italy during the artist’s lifetime; it was donated to its current home, Bruges’ Onze-Lieve-Vrouwekerk (Church of Our Lady), in 1514 after the Mouscrons– the Belgian cloth merchant family – purchased the work sometime in the early 16th century.

The sculpture was removed twice from Belgium after its initial arrival. The first was in 1794 after French Revolutionaries had conquered the Austrian Netherlands during the French Revolutionary Wars; the citizens of Bruges were ordered to ship it and several other valuable works of art to Paris. It was returned after Napoleon’s final defeat at Waterloo in 1815. The second removal was in 1944, during World War II, with the retreat of German soldiers, who smuggled the sculpture to Germany enveloped in mattresses in a Red Cross truck. It was discovered a year later in Altaussee, Austria within a salt mine and again returned. It now sits in the Church of Our Lady in Bruges, Belgium. This is represented in the movie The Monuments Men. 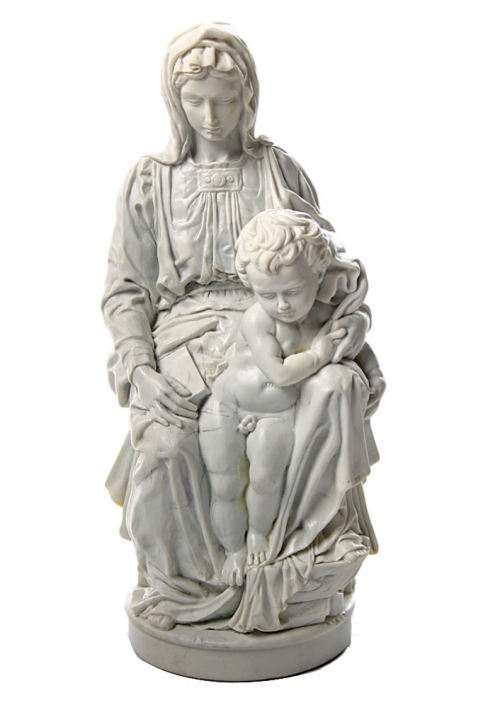 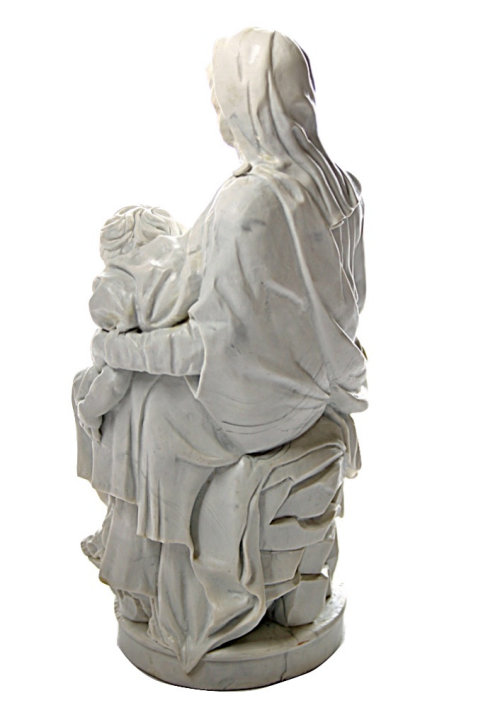 This depiction of the Madonna and Child is significantly different from the traditional earlier representations of the same subject, usually a pious Virgin smiling down on her infant held in her arms. Instead, here Jesus stands upright, almost unsupported, only loosely restrained by Mary’s left hand, and appears to be about to step away from his mother. Meanwhile, Mary does not cling to her son or even look at him, but gazes down and away. The movement of the child, with its hair sculpted away from the body of the statue and Mary’s robe, herald the transition to the Baroque period which emphasized dynamism and expression.

This reproduction of the Madonna of Bruges with Baby Jesus Statue makes a perfect religious gift.