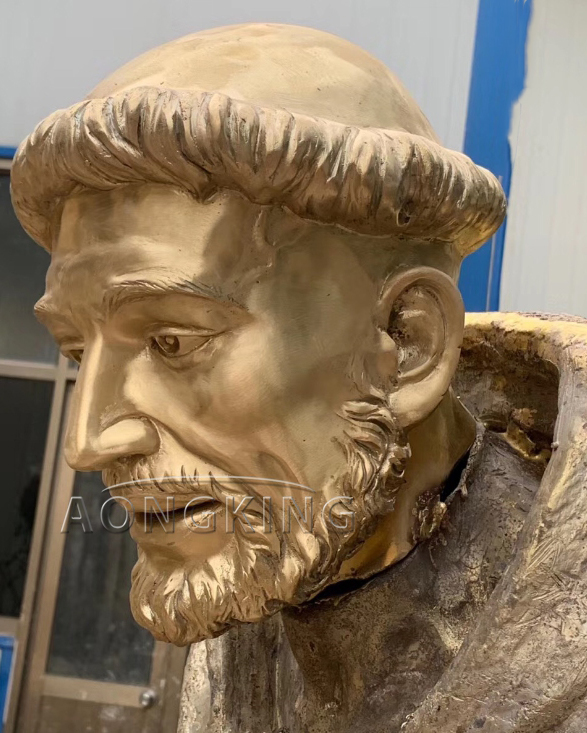 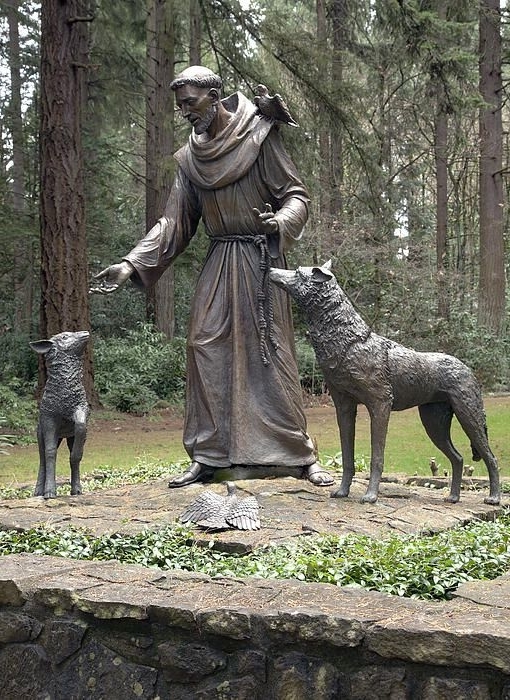 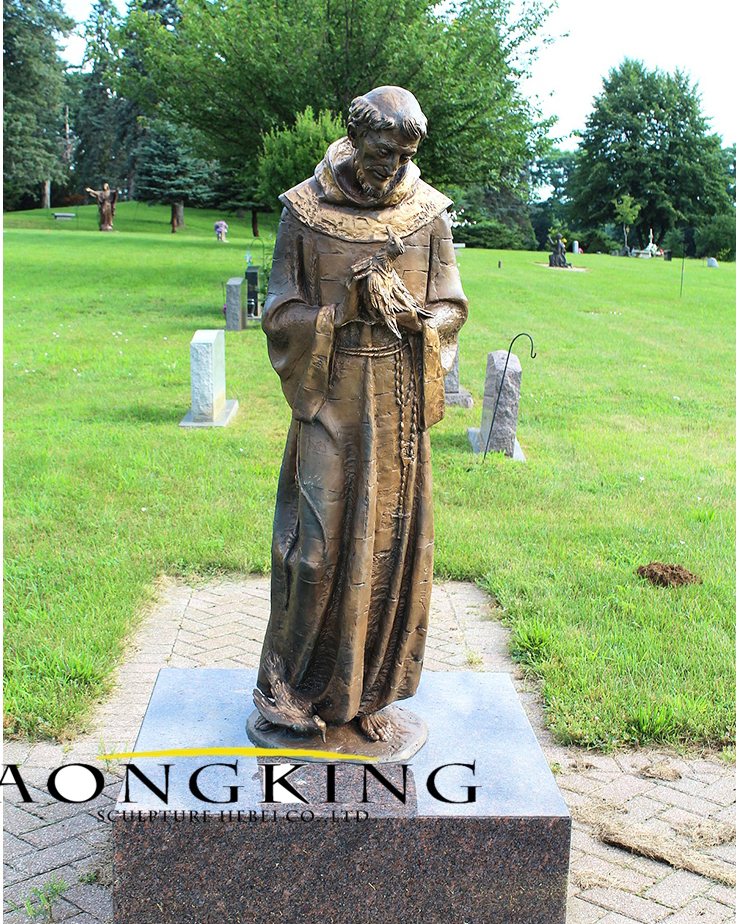 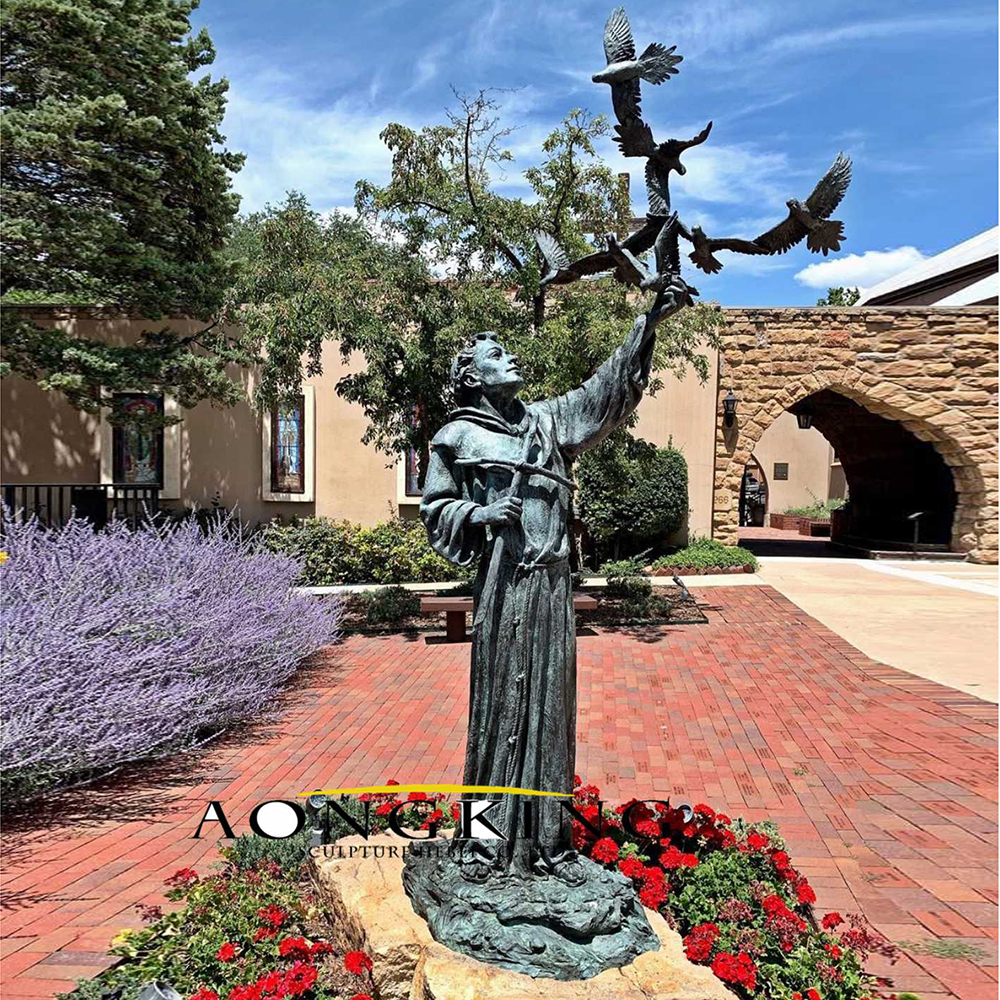 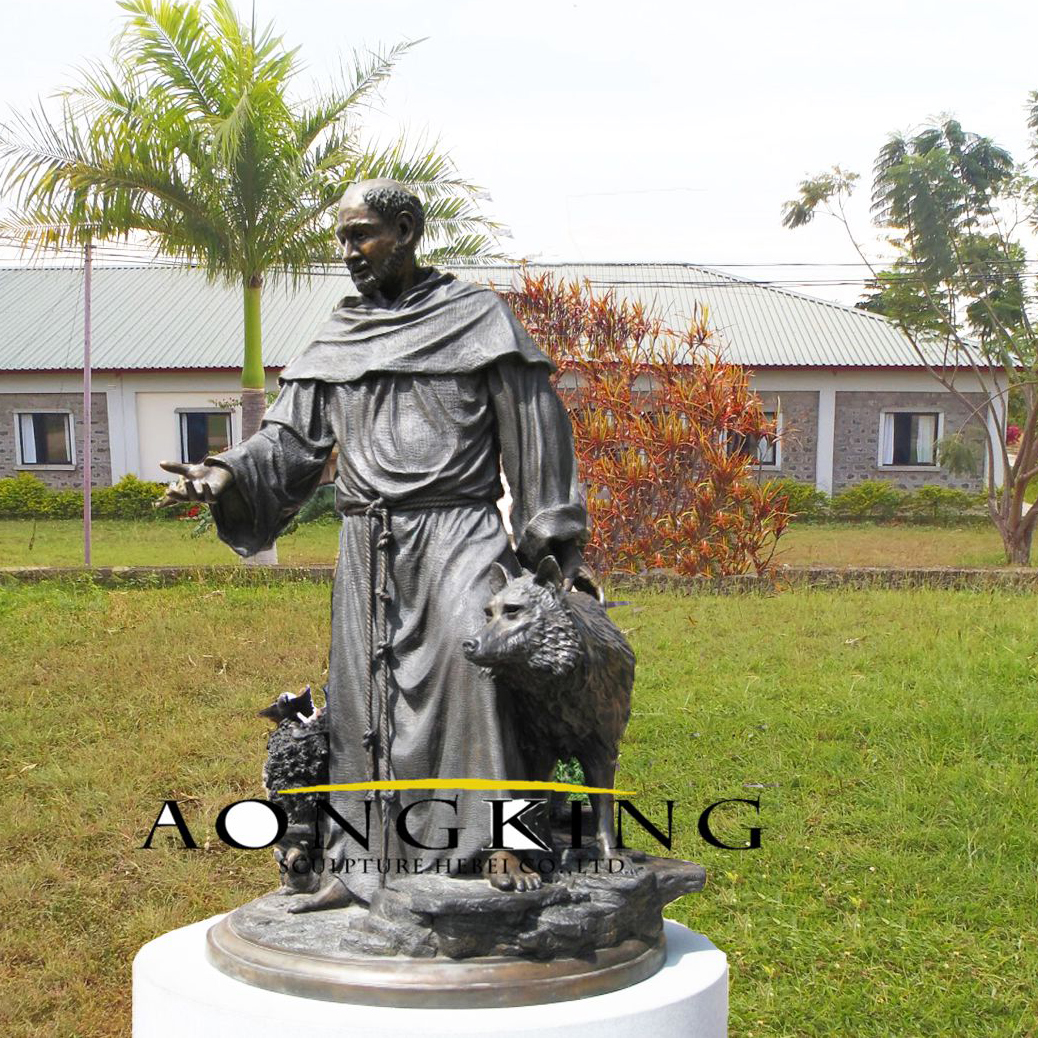 Francis of Assisi was the patron saint of animals, merchants, the Catholic Church movement, the city of San Francisco and the natural environment, and the founder of the Franciscan Order. You may often see him with a few small animals in the sculpture. He is a person who loves small animals very much, and his relationship with animals is just like the relationship between friends. Nowadays, we often see information about cruelty to animals in our life. Every time we see such information, we should reflect on it. We should love small animals, protect small animals, and live in harmony with small animals. For example. Aongking finished Saint Francis of Assisi statues.

Francis of Assisi was also a very famous figure in the religion, he was an Italian Catholic monk, deacon, mystic, and missionary. He founded the Order of the Little Friars, the Order of the Women of St. Clair, the Order of the Third Franciscans, and the Order of the Guardians of the Holy Land. Francis is one of the most revered religious figures in Christianity. From an early age, Francis was a very kind and loving man, when he was a teenager, he was out with his friends when they met a beggar who asked for alms. His friend turned a blind eye, but Francis gave the beggar everything he had at the time. The heart of a saint is always kind.

Much of the story of Francis’ life in Saint Francis of Assisi statues has to do with his love of animals.

Much of the story of Francis’ life has to do with his love of animals. We have sculptures of Saint Francis of Assisi statues about him with sheep, with birds, with the wolf, with dog and… The bird was standing on his shoulder naturally. He talked to the lamb in a friendly way, and the lamb raised its head and looked at him obediently. The fierce wolf opened his mouth to show his sharp teeth and became gentle when he saw him. The dog was in his arms like a child. When you see sculptures of him and animals, you’ll find it very healing and warm. If yours is also a big animal lover, you can learn from Francis and make friends with animals by talking to them and making them feel that you are a very trustworthy friend.

Our bronze Saint Francis of Assisi statues are exquisite and show how even wild animals can be tamed under the powerful and magical presence of this saint. The statue of St. Francis was cast in copper and handmade to mimic the ancient carved wood. Aongking sculpture Saint Francis of Assisi Sculpture is perfect for placing in the park or your garden, allowing it to be fully integrated with nature. Our St. Francis statue withstands the weather and sun and can be used year-round to enhance your flowerbeds, porch, or patio and create an elegant interior atmosphere. 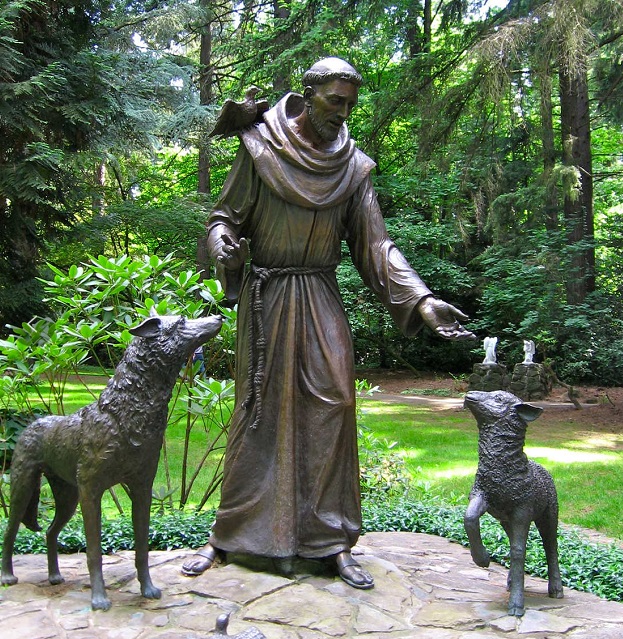