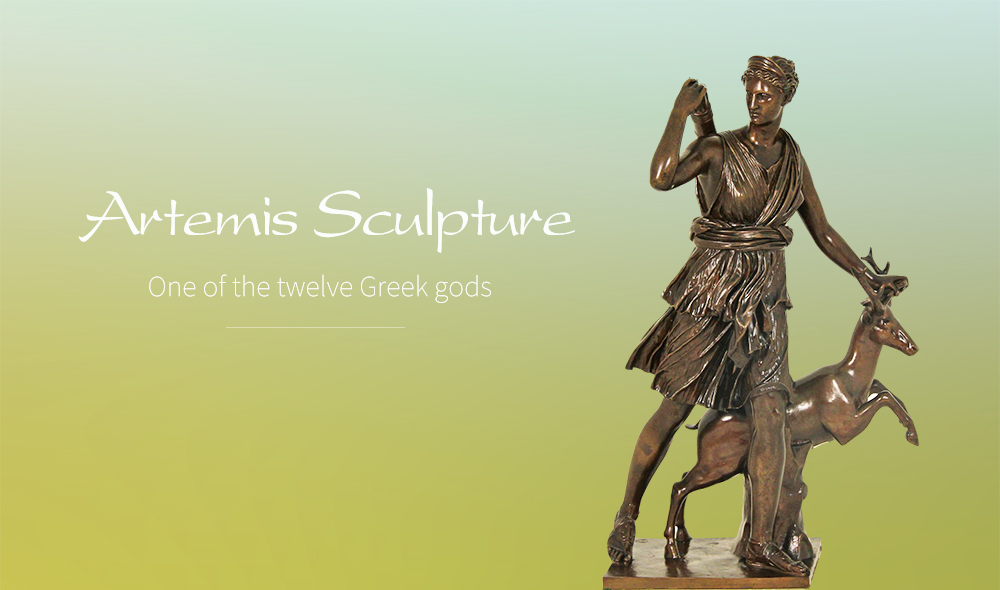 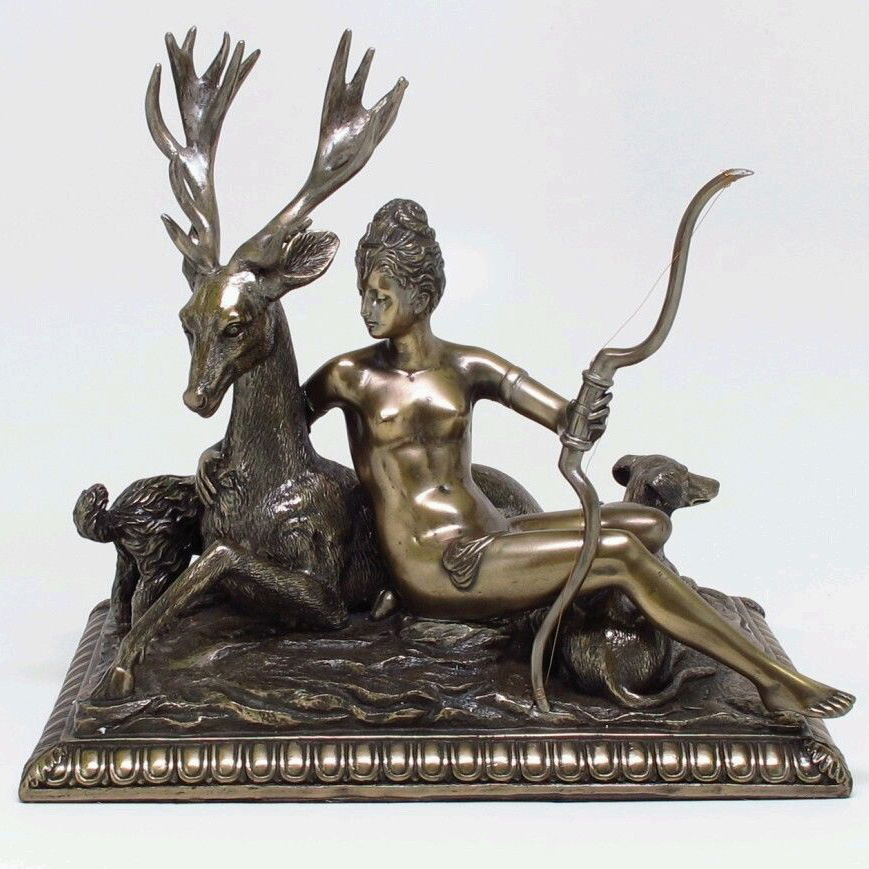 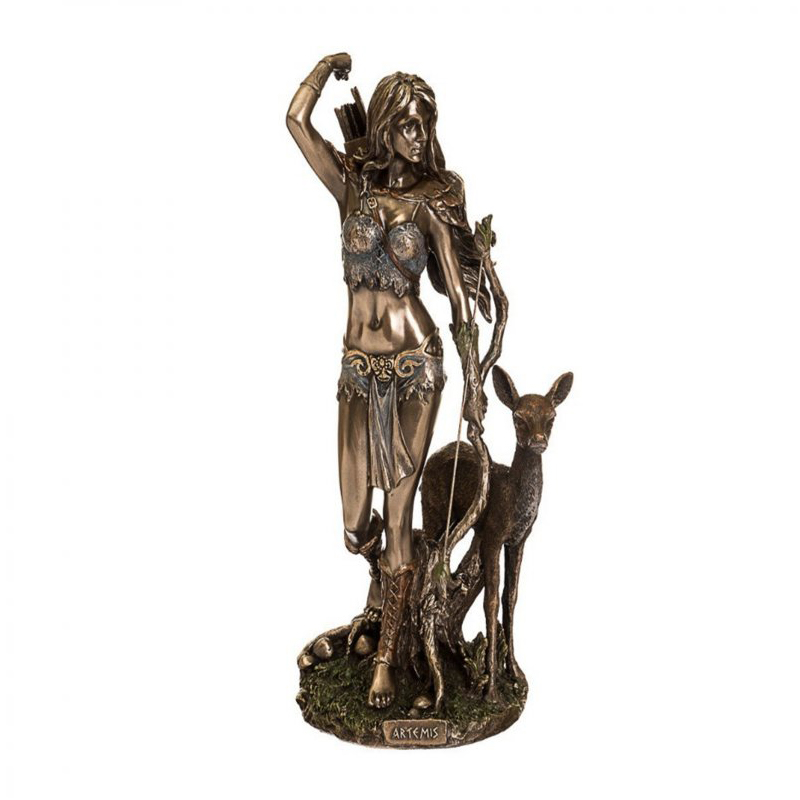 Artemis is free and independent girl

Artemis is free and independent, loves the wildlife, and opposes marriage between men and women. She was the patron saint and protector of young girls, and it was believed that she would free women from disease. Artemis and Eileithyia were one of the main goddesses of childbirth and midwifery. Like Athena and Hestia, Artemis preferred to remain a virgin and took a vow never to marry. In today’s life, there are a lot of girls like Artemis, have their own ideas, brave to live out their own.

We usually see the sculpture of Artemis as her image of a huntress holding a bow and arrow. She was often followed by a deer. Our Artemis sculpture describes Artemis pulled an arrow from a quiver dangling from her right shoulder, and she may have held a bow in her left hand. She wore a short leather boot that was belted under the sternum, with a fold at the hips, and a hunting boot, a traditional costume that AIDS in fast movement and suggests athletic ability. These are the two characteristics of Artemis.

Our bronze sculptures are made using the traditional method of losing wax, so they can last a long time whether you keep them indoors or outdoors. You can put it in your garden and let it bring more life to your garden and protect your garden. You can also put it in your room, learn the spirit of Artemis, like her independence, live yourself. It is because of the valuable spirit that she has been respected by people. 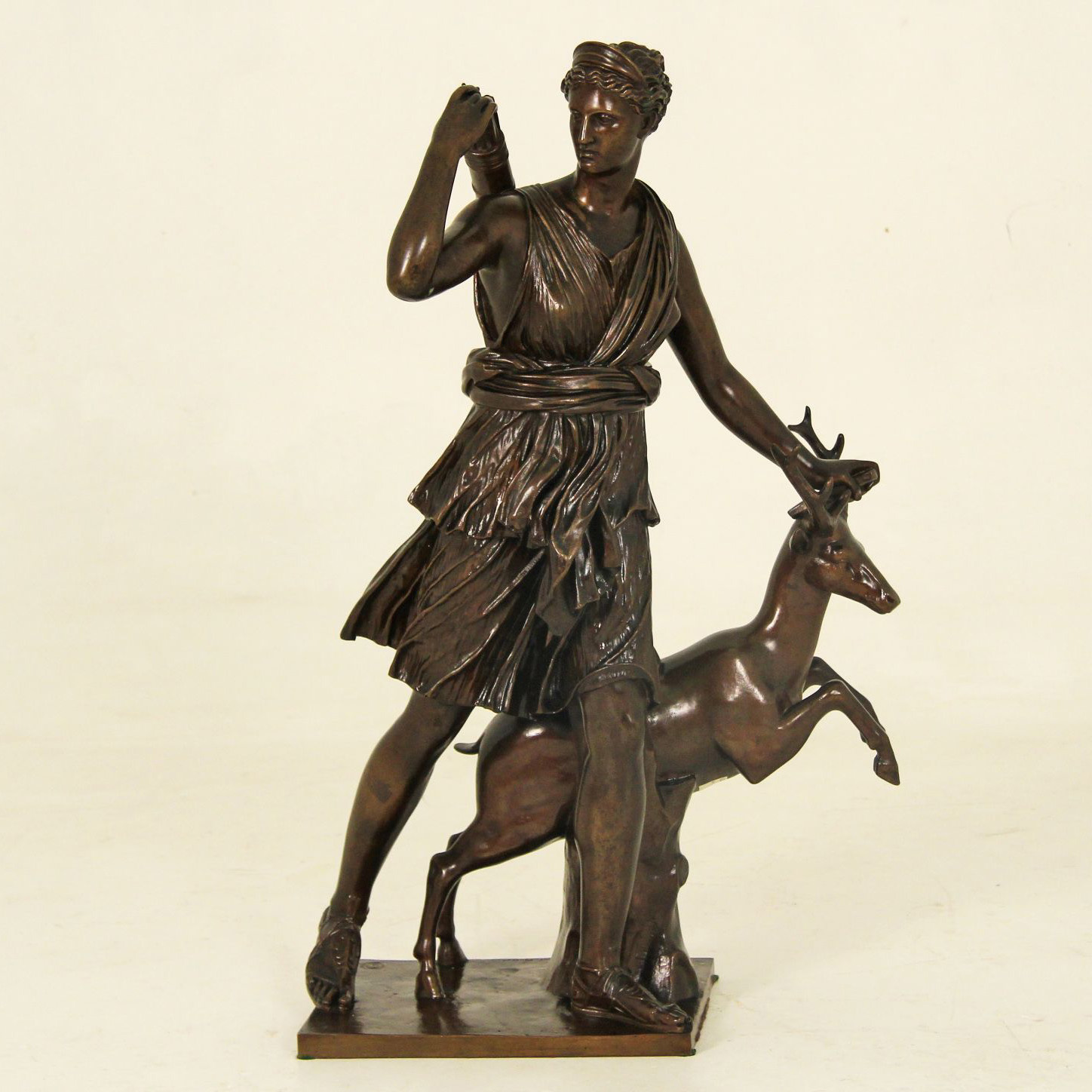 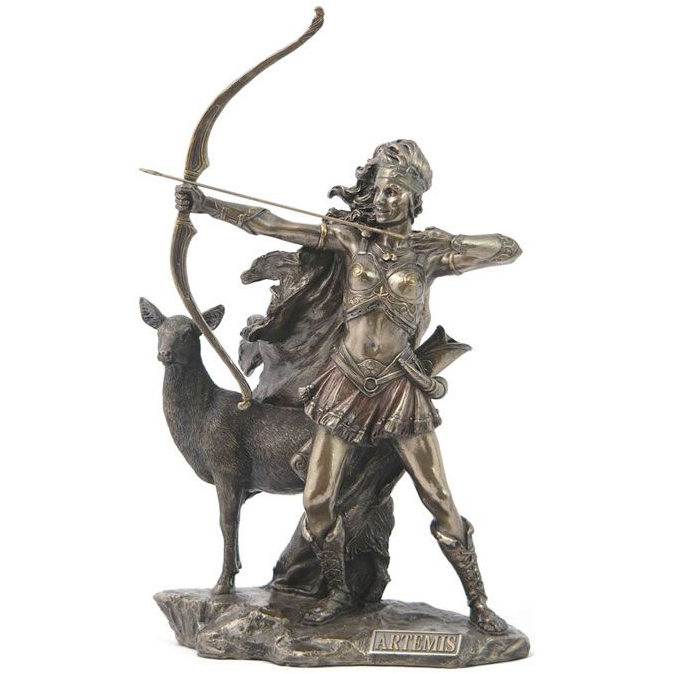 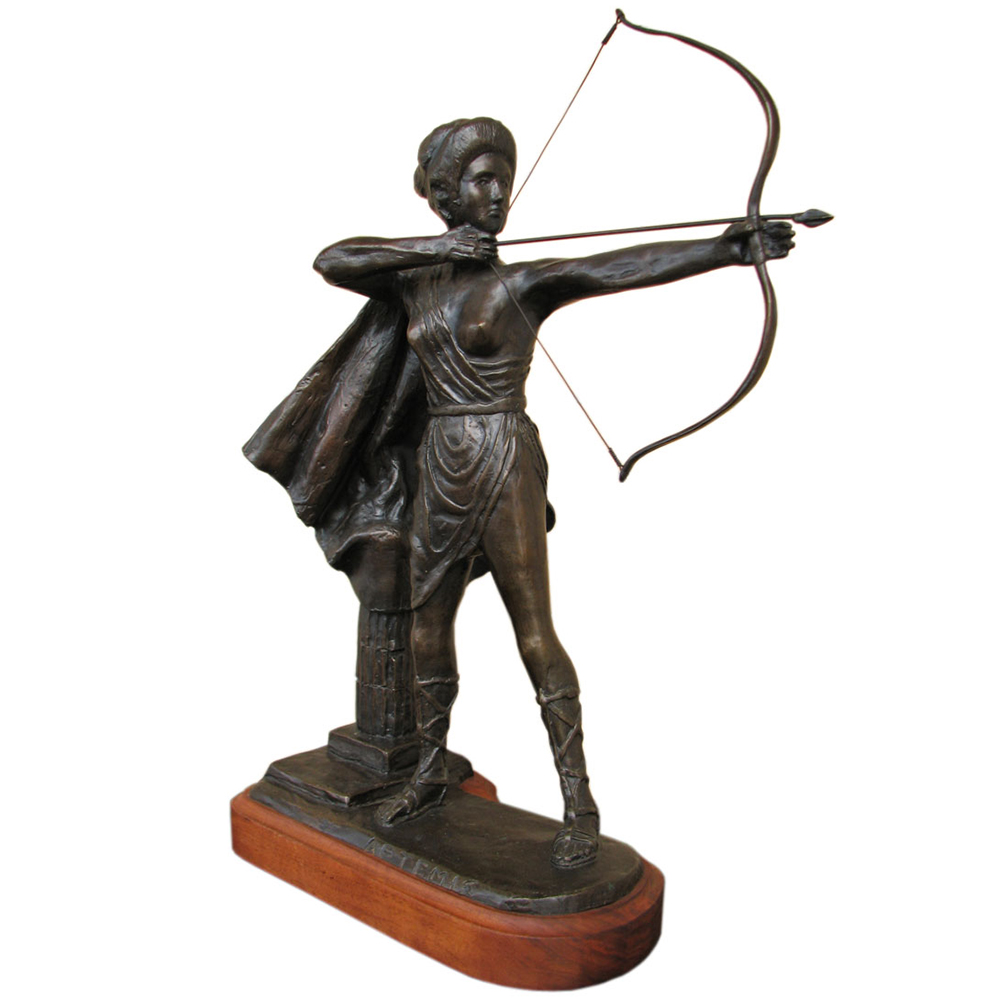 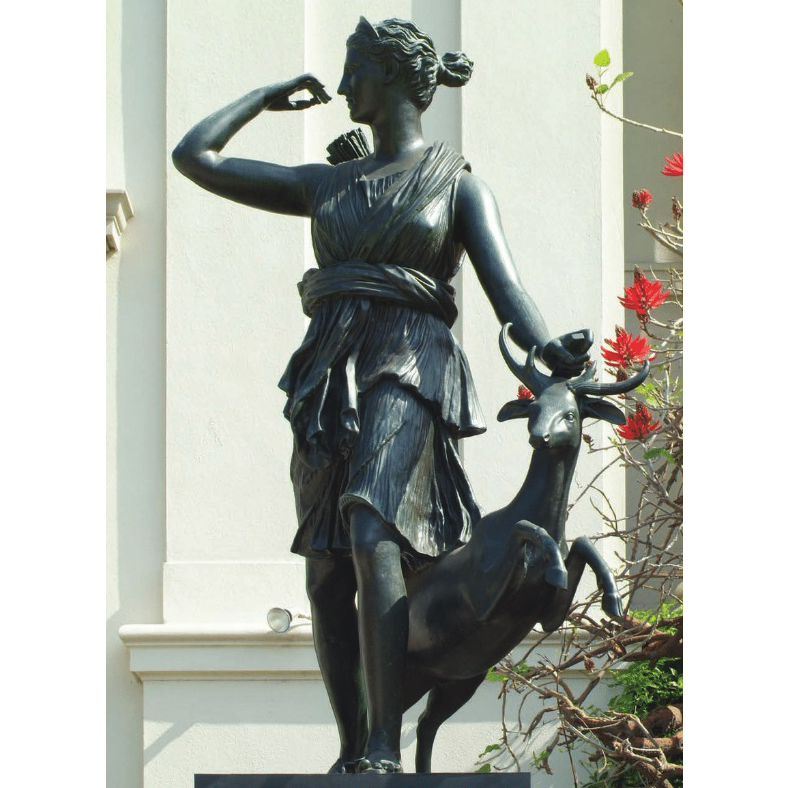 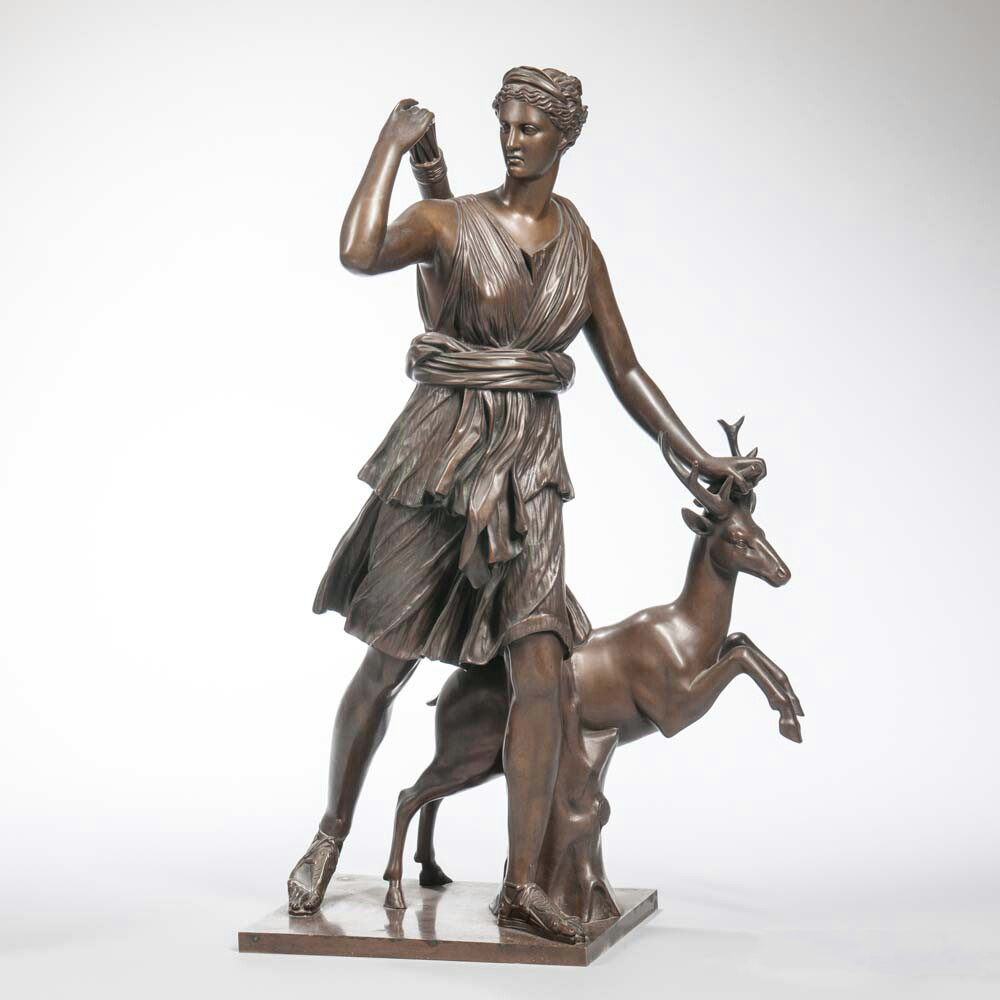 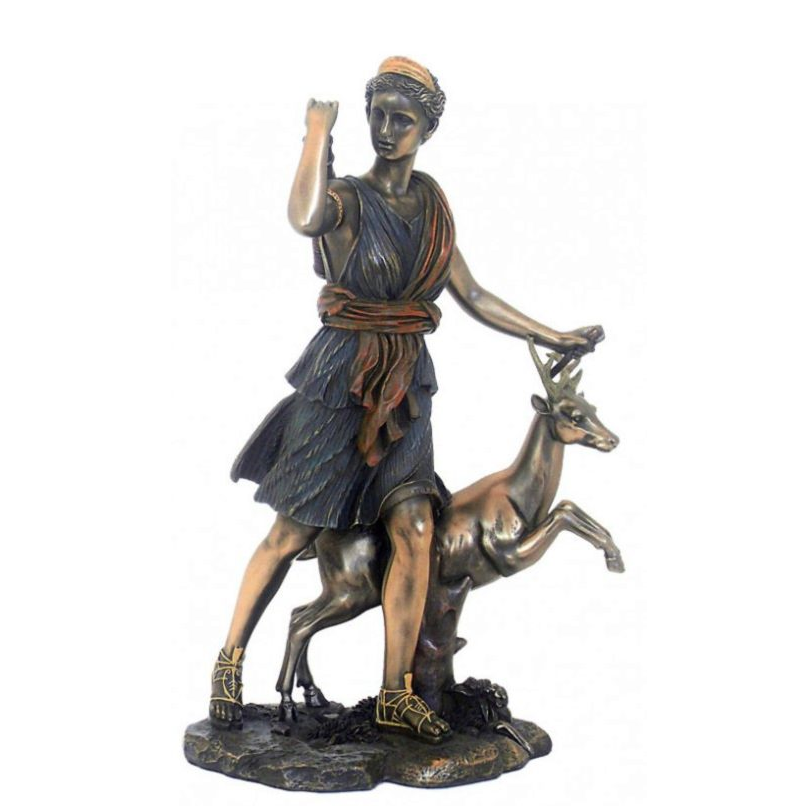