Aongking finished &  custom made a sculpture of bernini apollo and daphne 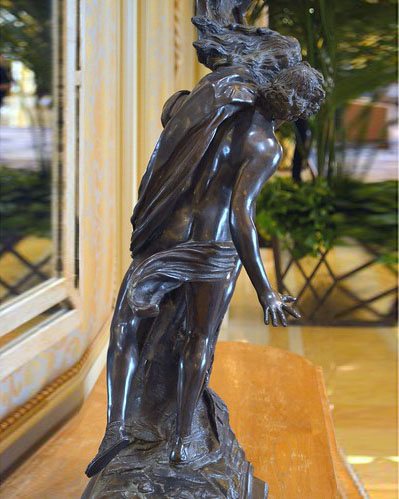 Greek Mythology Of Apollo And Daphne

This bronze sculpture shows the moment when Apollo’s hand touches Daphne’s body. Both of them are running in the wind, and their bodies are light and graceful. The beautiful Daphne has begun to turn into a laurel tree but has not been fully transformed. Her strong legs gradually became tree trunks, implanted in the earth, and leaves grew out of her flowing hair and delicate fingers. Daphne’s beauty was not dimmed by the fact that a part of her body had become vegetated. Her flying posture, arms, and body formed a beautiful S shape so that all the audience admire the beauty of the young girl. And the side of her head, with its frightened eyes, was easy to pity. In contrast, Apollo helplessly watched his beloved woman become a laurel tree. But there was no way to recover, his expression also became helpless up. His left hand stretched forward, gently wrapping itself around Daphne’s body, and his right hand extended diagonally below, still in a chasing posture. Our bronze Apollo and Daphne sculptures also depict all these details and have received many positive comments from our clients.

The details and emotions in sculpture has a sense of melancholy.

One of my customers once told me, the details and emotions in this sculpture gave her a sense of melancholy. She said, “If you don’t know the backstory of the sculpture. You can also clearly see that the woman is trying to escape the man’s control.” Bernini captured Daphne’s metamorphose form, looking desperate for any chance to escape Apollo. “This reminds me of women today. More and more women are being harassed by men. Who are still pestered by men, even if they show no interest in them? The culture of power structures and entitlement makes people think that they should pay attention to their romantic side. But I believe the emotions and stories behind this sculpture are still relevant to the socialization of humans today.”

Indeed, it is really a great work of art. The sculptor put this moment of change is very wonderful, still running Daphne has seen the fingertips into branches and leaves, her beautiful body is about to become a fragrant osmanthus. It is rare in the history of art to transform the body and branches into such a natural, real and elegant transformation on bronze. But think of it another way, does this also reflect the protection of vulnerable women? When a woman is about to be assaulted, a force protects her from a man’s aggression. In fact, I hope this sculpture can appeal to more people to pay attention to the protection of women. It would be the perfect decoration for a public place. 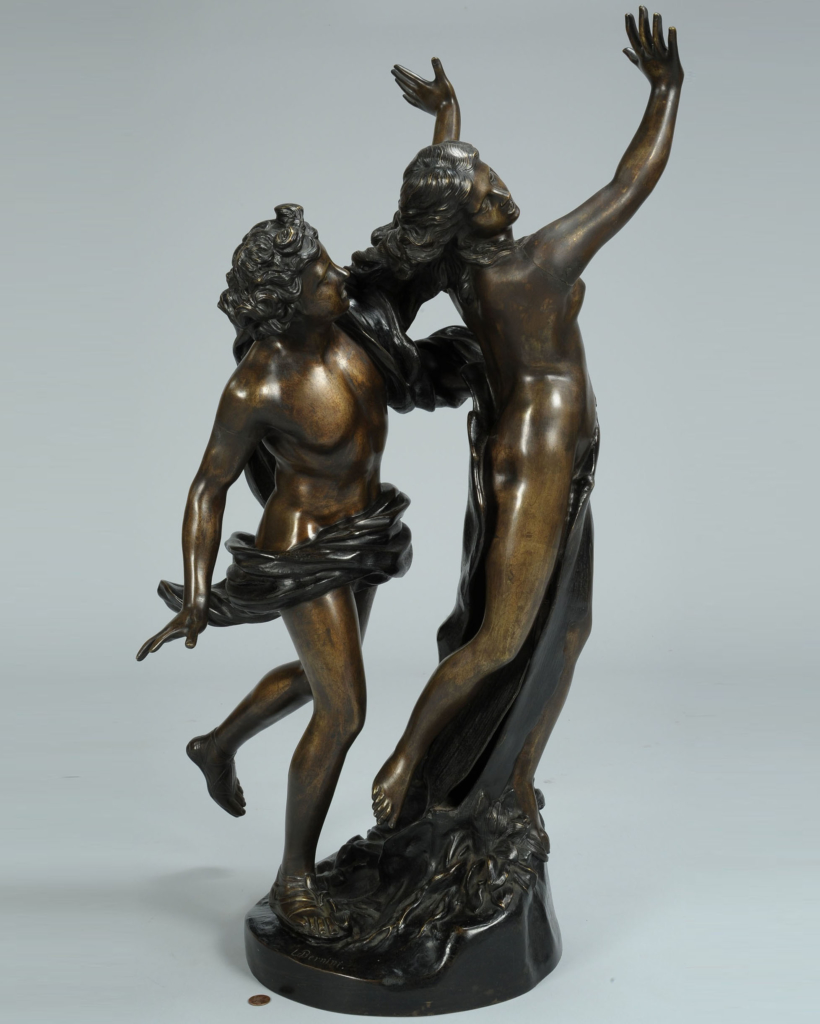 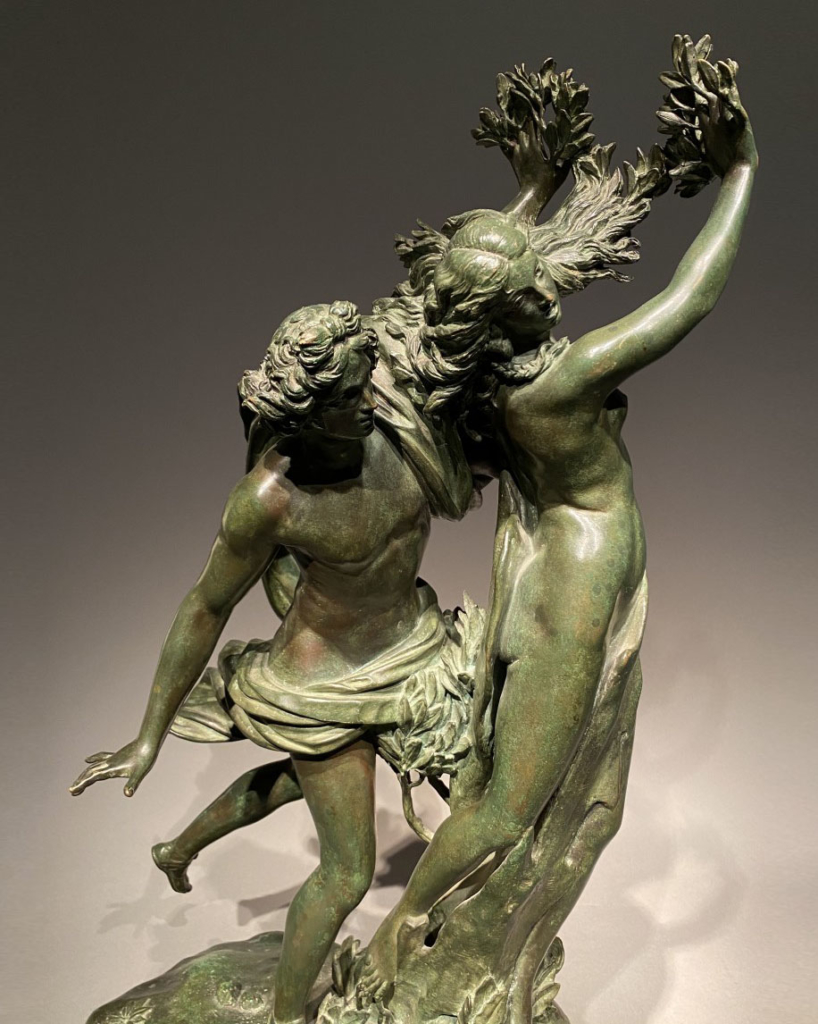 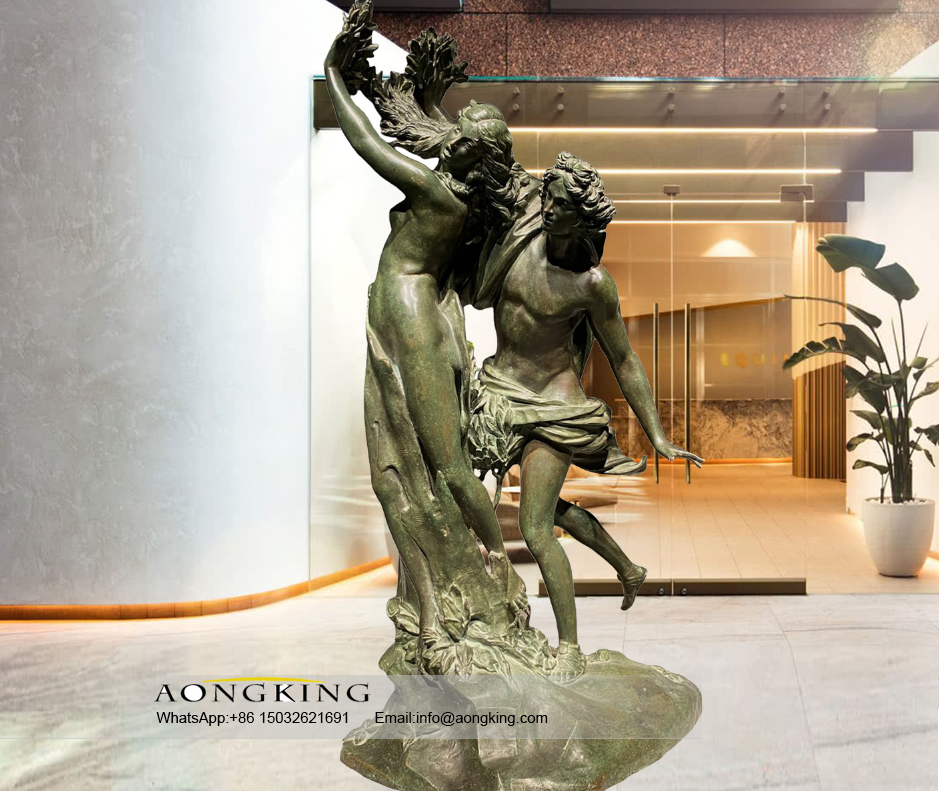 Greek Mythology Of Apollo And Daphne