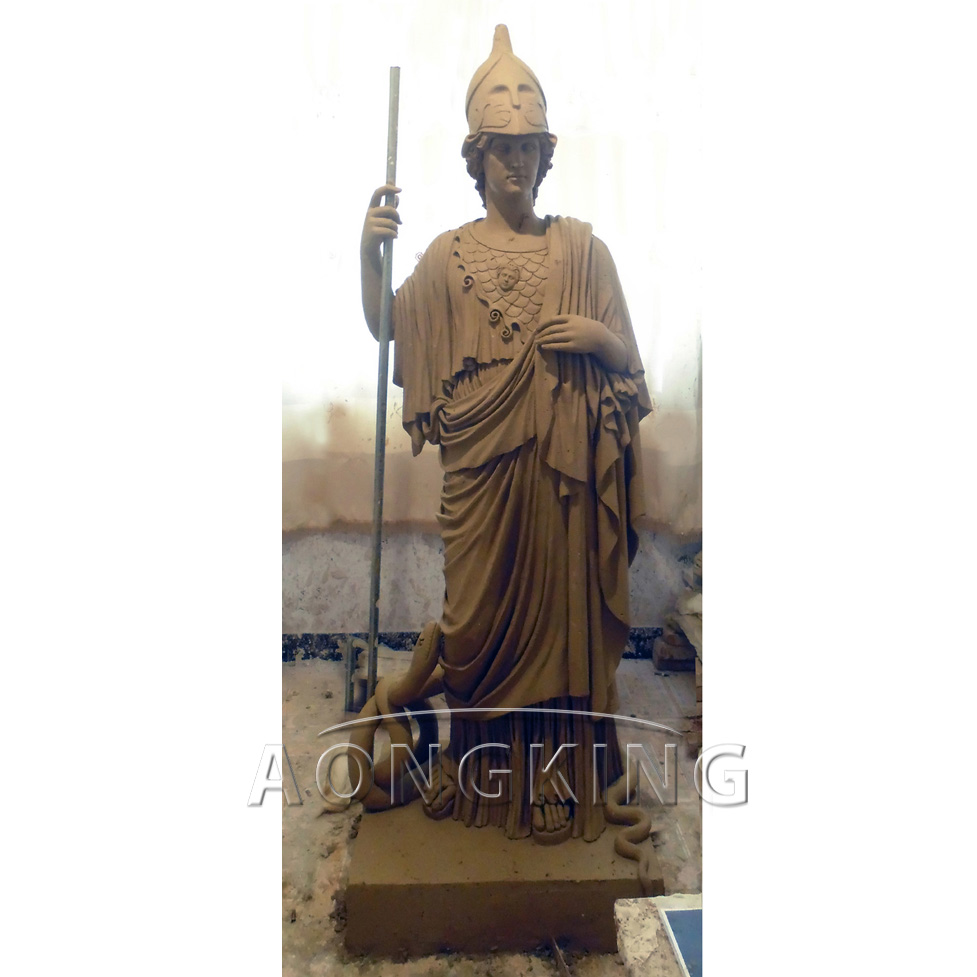 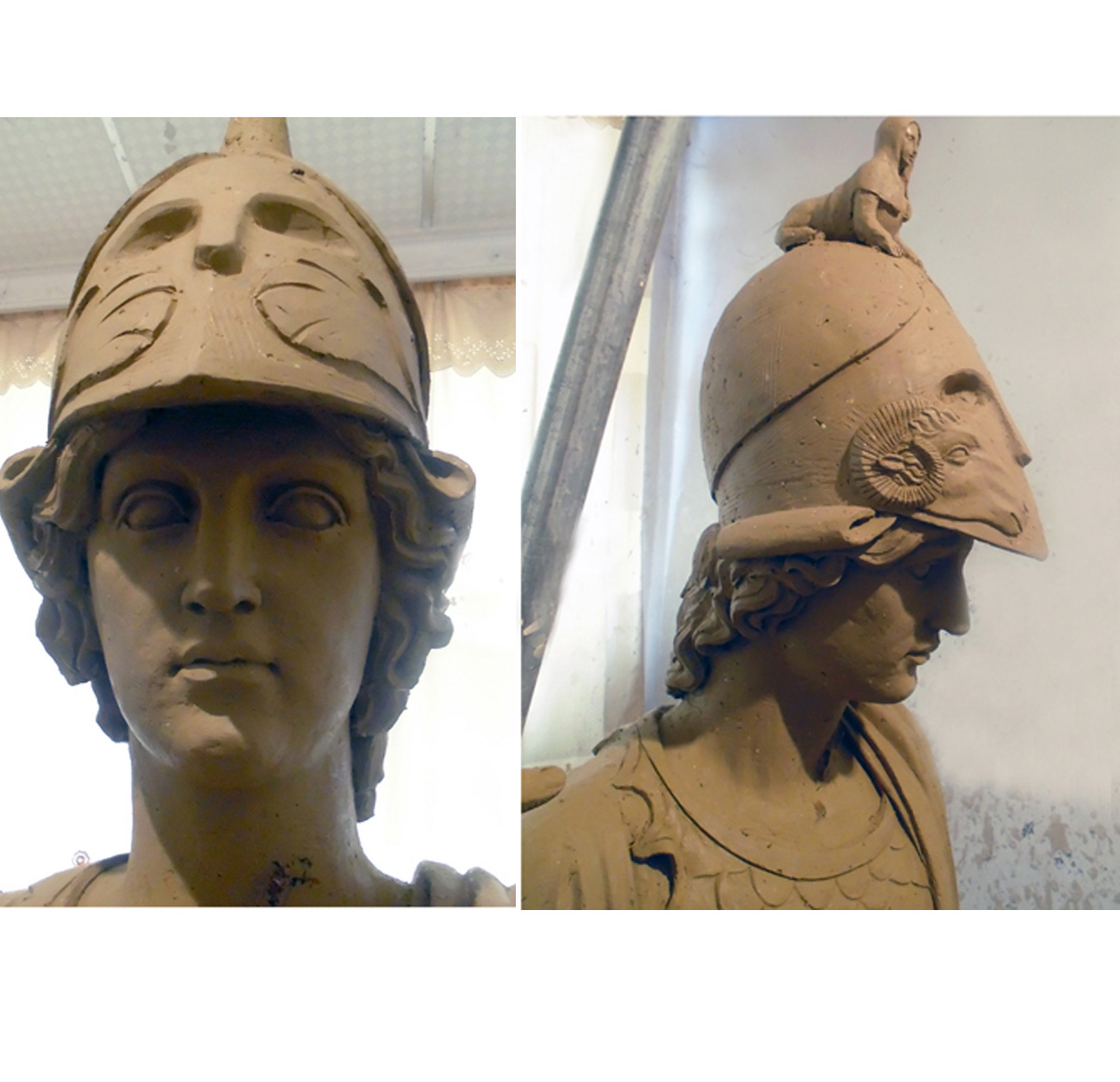 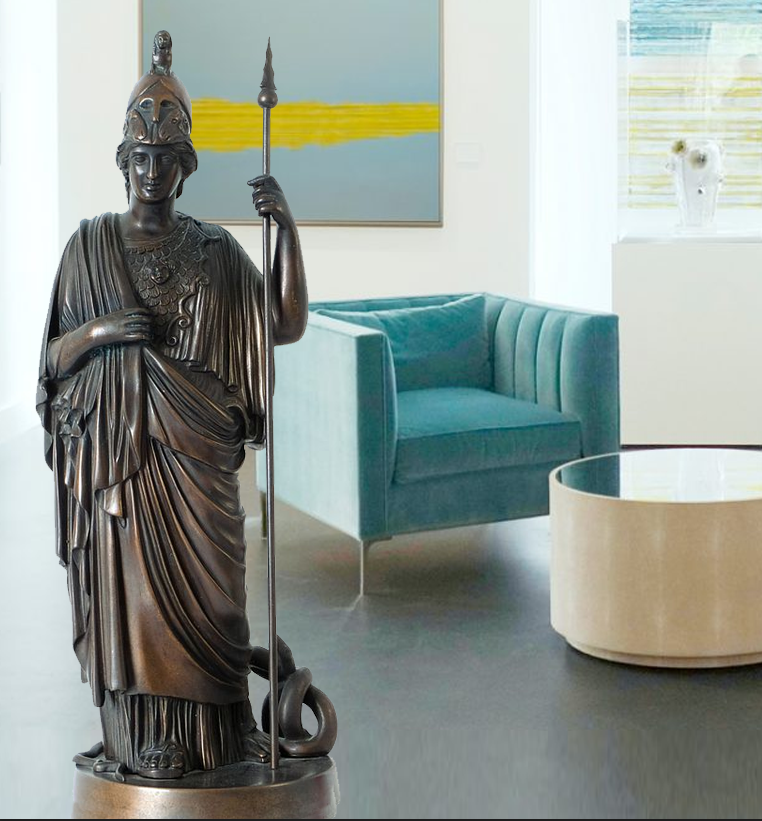 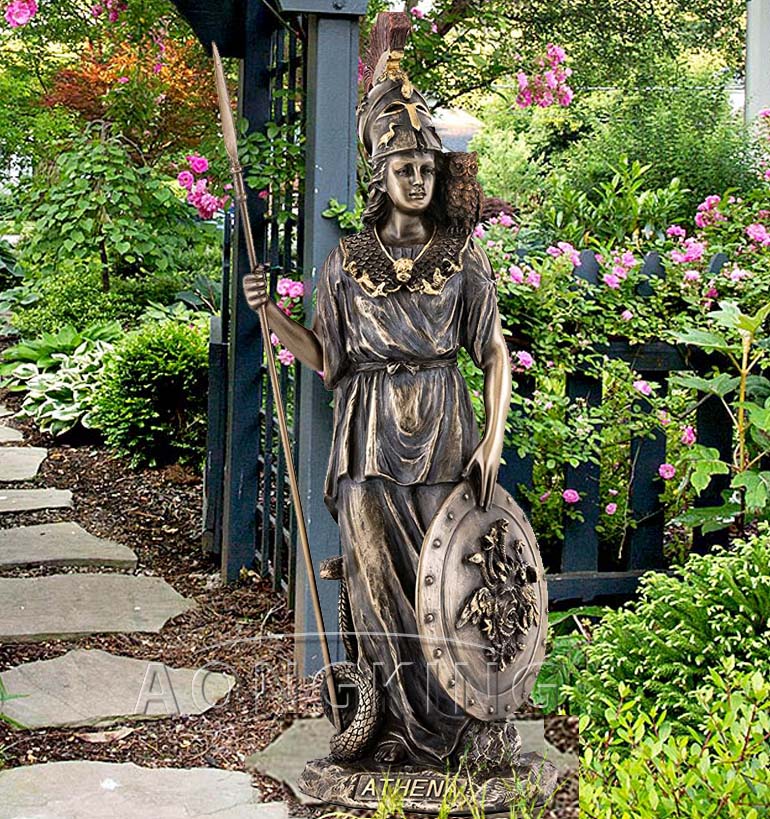 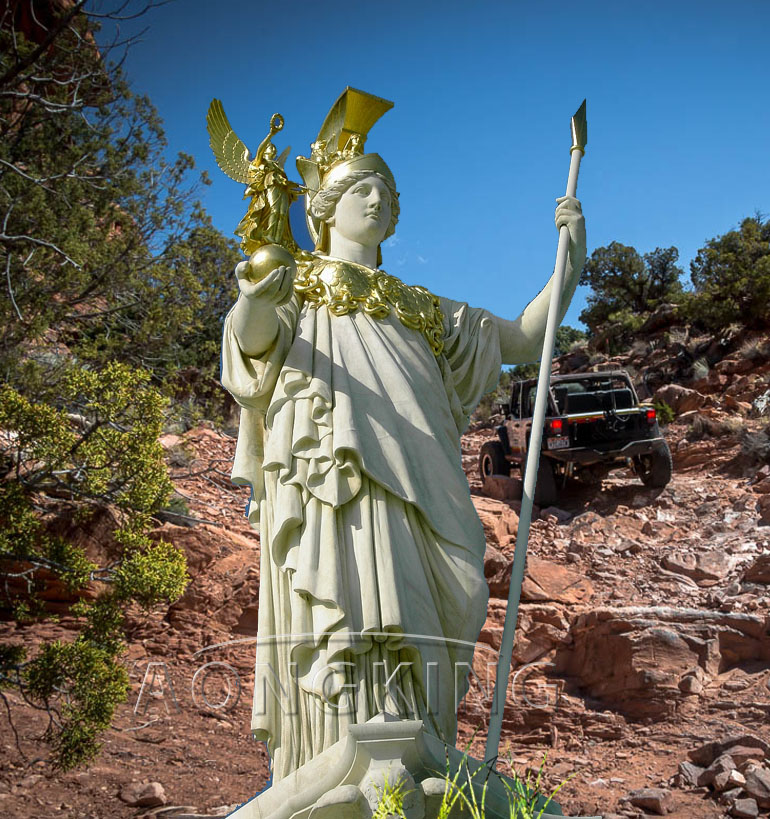 You’ve probably heard a lot about the goddess Athena and her beauty from sculpture’s pictures. From the athena sculpture in different art designs we can find. Firstly, in ancient Greek religion and mythology, Athena was the goddess of wisdom, handicraft and warfare. Secondly, as the patron of handicrafts, she was associated with spinning and weaving. Thirdly, as a goddess of warfare, she is usually portrayed with a spear, shield lance, helmet, and a body armor. She was the patroness and protector of various cities in the ancient Greek world.

Athena is often depicted as an owl, a snake, an olive, and a basilisk, a magical pendant that displays the head of a mythical creature. Athena is regarded as one of the most powerful and graceful goddesses of the Greek pantheon. She is usually depicted with dark brown hair, olive skin and stormy gray eyes. Her eyes were often compared to that of an owl’s because of the presence of shimmer in them. Strong and virginal, she repeatedly helped Hercules, the Greek mythological hero.

Where can the athena sculpture be placed? What is the value?

In we finished athena sculpture, the standing athena sculpture wearing a full-length chiton, dressed in armor and wearing a helmet. She holds a spear in her right hand, there coiled around a snake under her foot. She is very tall and standing upright, looks like a male soldier and looks very solemn. We 1:1 clay design and metal sculpture of athena showed all details. The sculptrue’s color of athena that we can custom made depends on your prefer.

This hot-sale athena statue suitable for outdoor and indoor where will be a perfect decoration, whereever you put it. Firet of all, you can put it in a public place, like a park or a square. It will attract more people to come and watch it, because it is full of faith and makes people full of power. In addition, you can put it at the school gate, she will be a mascot, bringing more wisdom to students, it will also attract more and more children to choose your school. What’s more, put in your home garden, make it be your greatest accessory, call your friends to join you in appreciating her beauty. When you own such a piece of great art, your friends will look at you with new eyes. 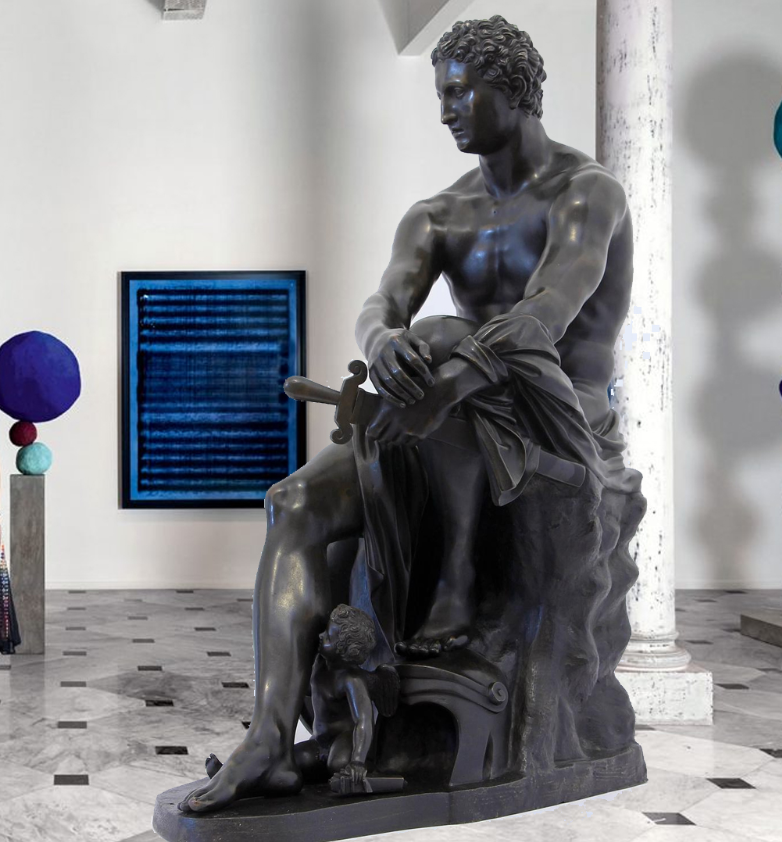 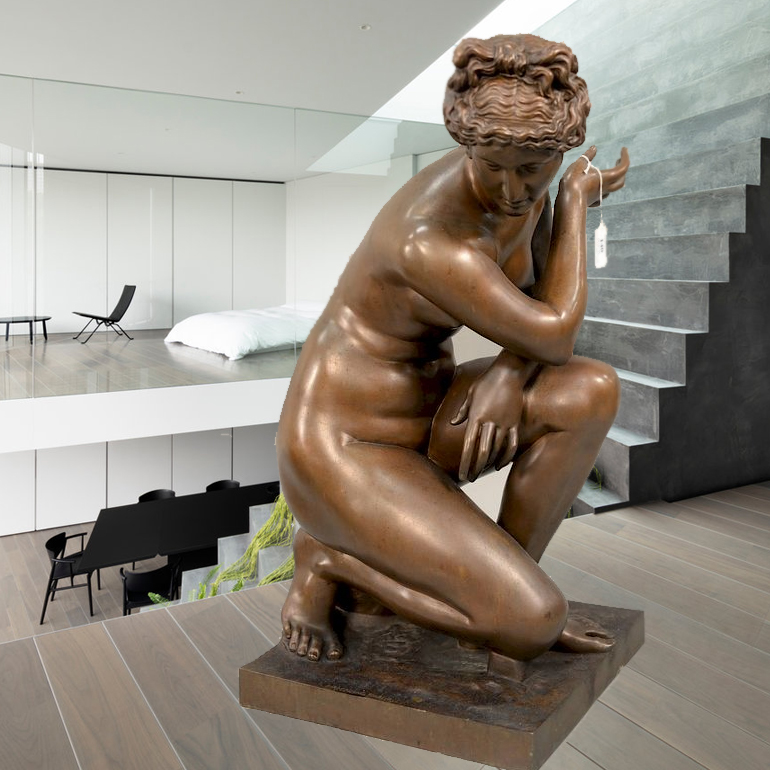 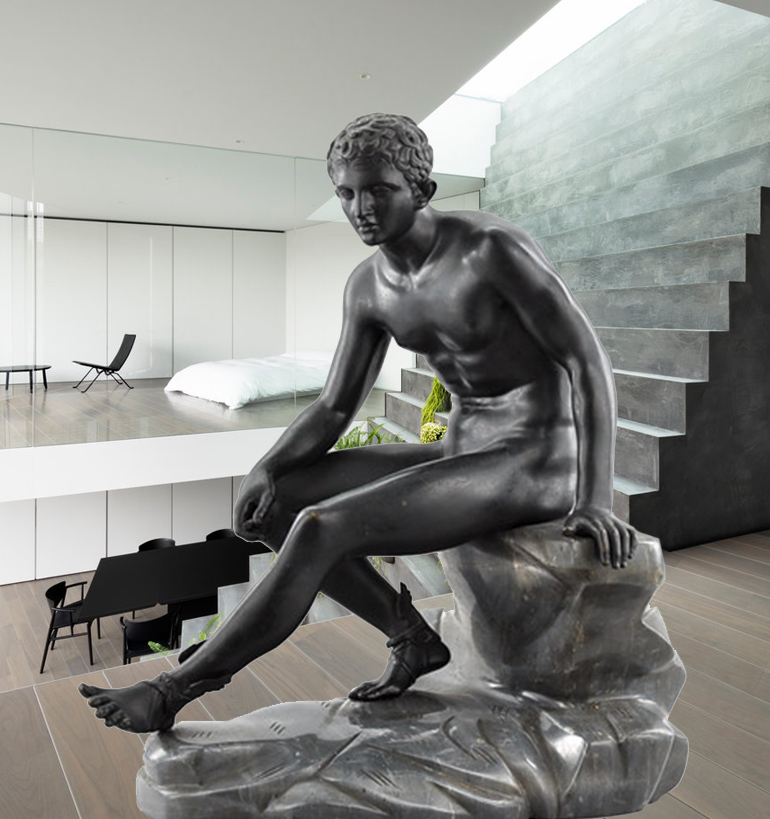 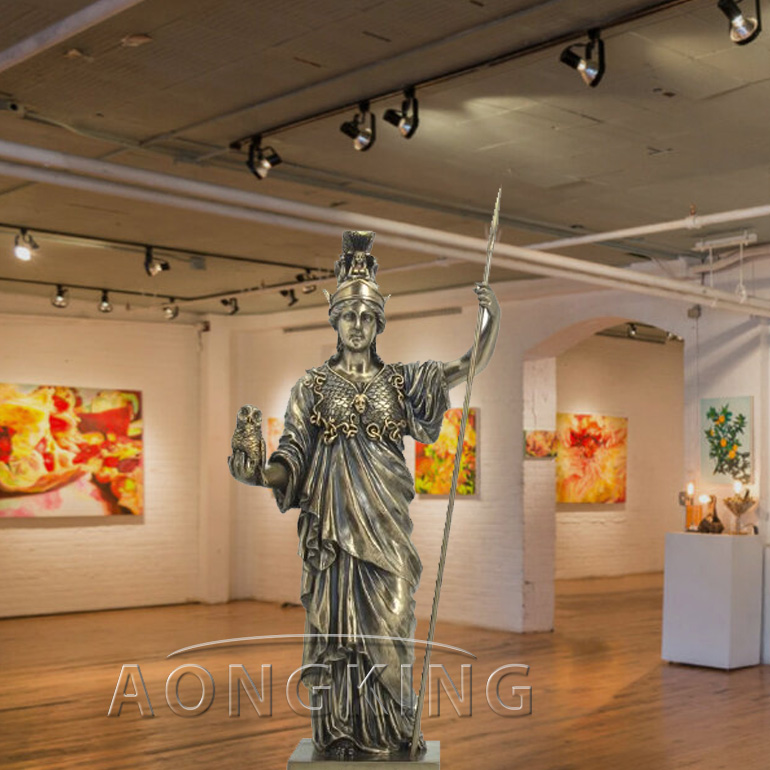 If you want to learn more, welcome to Aongking.com, we have any art sculpture you want here, try to contact us, we will get back to you as soon as possible.