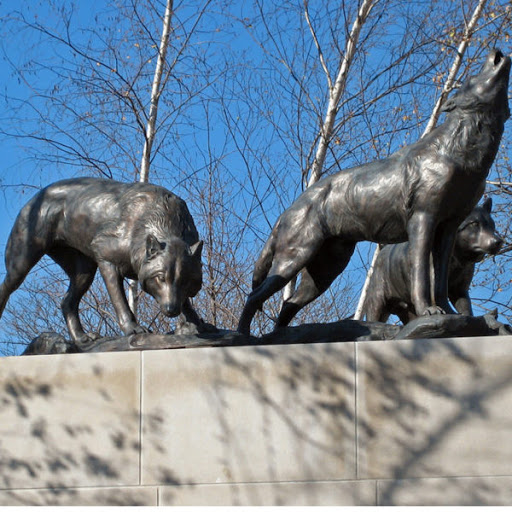 The native wolf symbolizes loyalty, strong family ties, good communication, education, understanding, and wisdom. Of all the land animals, wolves possess the most powerful supernatural powers and are the most skilled hunters. The wolf is a very social and communicative animal, using body movements, touch, and sound. The symbol of the wolf has a great cultural significance among the Native Americans of North America. Wolves are a common theme in basic human mythology and cosmology throughout Eurasia and North America. The wolf’s defining attribute is its predator nature, and correspondingly it is closely associated with danger and destruction, making it a warrior on the one hand and a demon on the other. Wolves were important in the cultures and religions of nomadic peoples, including the Eurasian steppe and the North American plains. In many cultures, the identification of warriors with wolves (totemism) has given rise to the concept of werewolves, mythical or ritualistic identities of people and wolves. Nowadays, we don’t often see wolves. Wolves are animals that attack people. So the wolf life-size statue realizes people’s dream of close contact with wolves. 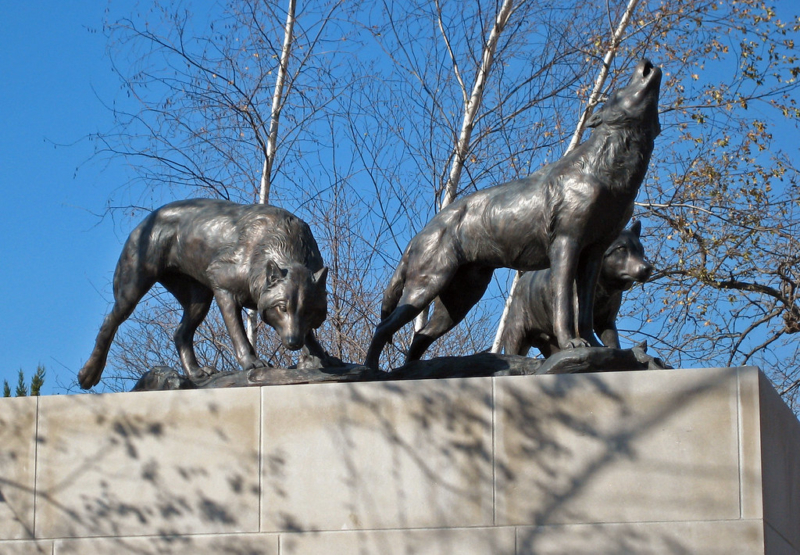 The archetypal meaning of the wolf symbolizes evil as well as positive and spiritual aspects. The wolf also represents the union of opposites. From mythology and storytelling, wolves come from all over the world with a sense of ambivalence: wild and terrifying, representing animals of death and Satan. But also the companion of the goddess Artemis and the Scandinavian god Odin. The antagonistic motif in the wolf imagery is also represented by the contrast between male and female natures. Many cultures describe wolves as protectors or exhibiting warlike behavior. Feminine nature was symbolized by the goddess who raised the twins, Romulus and Remus, in the form of she-wolves, or in Irish mythology Cormac, the King of Ireland who was suckled by wolves, always accompanied them. Early Biblical sources present a contrast between the wolf, symbolizing bloodshed and destruction along with the wolf and the lying lamb, representing peace and the coming reign of the Messiah. The First Nations have great respect for wolves because they are like them. Humans and wolves hunt, gather, protect and even educate their tribes or packs of wolves. The wolf has long been revered as a family-oriented animal because it mates for life, watches and protects its young until they grow up and become independent, and protects its elders. Hunters would carve or paint lightning snakes with wolves’ heads on their canoes because they believed the hunting skills of wolves would help their hunting skills on the water. Therefore, wolf life-size statue is more and more popular among people. Many people collect wolf life-size statues as a kind of art. There are many outdoor wolf statues are on our website. Welcome to choose your favorite one to decorate your room. We can also customize any sculptures for you. Welcome to contact us. 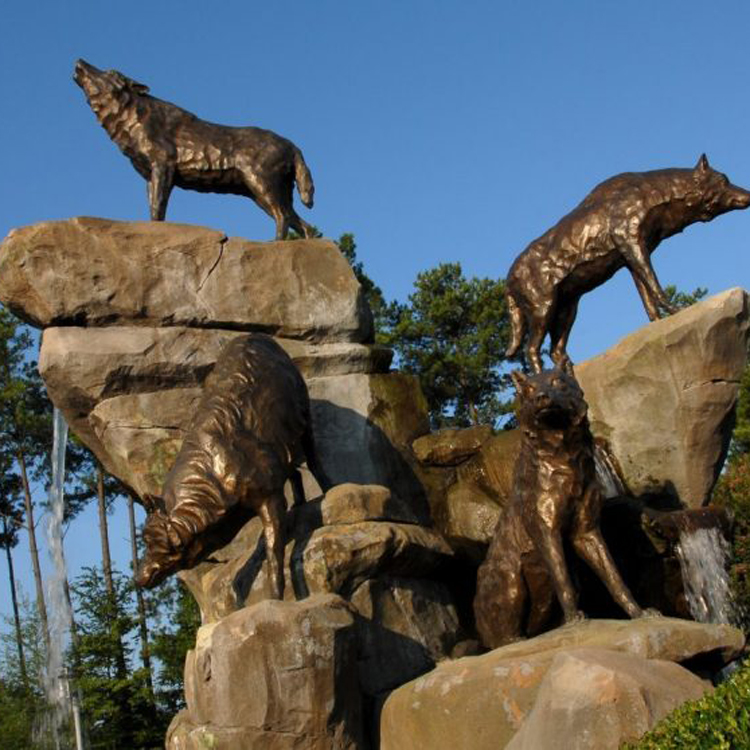