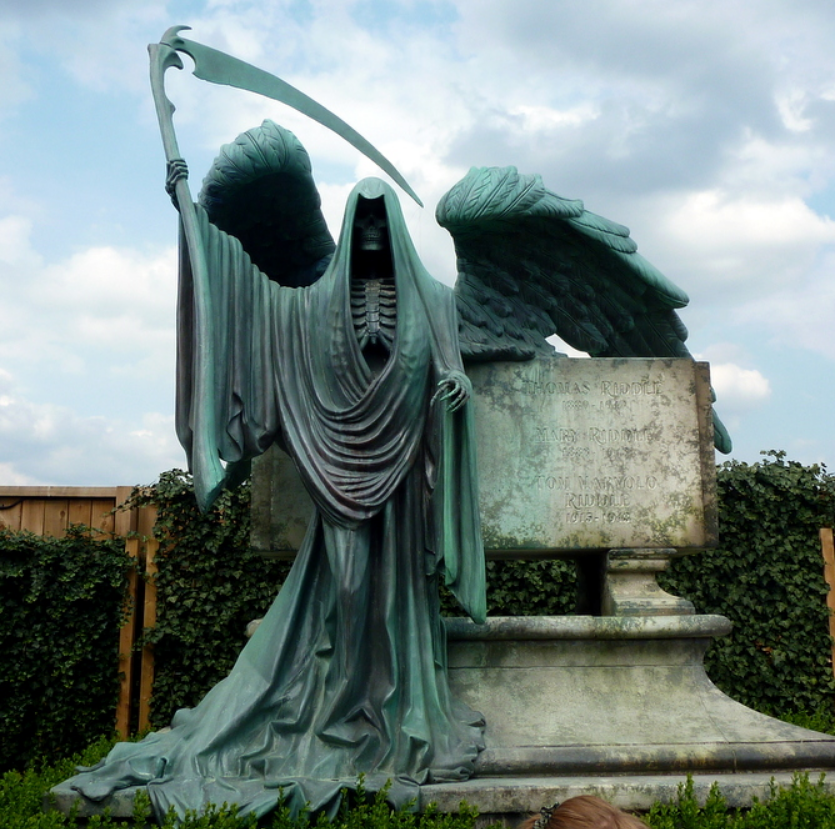 Tom Riddle’s gravestone is the final resting place of Thomas, his wife Mary, and their son Tom Riddle Sr. The grave is located in little Hangleton Cemetery near the center of the cemetery, with a clear view of the Riddle House in the distance. In the summer of 1943, members of the Riddle family were murdered by 16-year-old Tom Riddle, son of Tom Riddle Sr. and Merope Gaunt. After the crime was discovered by his maid and investigated by police, Riddles was buried in a local cemetery with a large marble headstone. After that, no one paid tribute, because the riddle was despised by everyone in the village. When Voldemort reacquainted himself with his body and used Pettigrew’s Dark Mark to summon his Death Eaters, Harry was still tied to the headstone. As Harry struggles with his bondage, he watches Voldemort address his followers, expressing his disappointment with them and how he has spent the past thirteen years in exile. After taunting him and placing a Cruciatus Curse on him, the Dark Lord orders Wormtail to untie Harry’s ropes so he can duel the young wizard. During the duel, Harry and Voldemort’s wands are linked by a transcendental spell effect. As a result, harry’s parents and Voldemort’s echoes are able to provide cover for Harry as he retrieves the portkey and returns his body and Cedric’s to Hogwarts… If you are interested in this Tom Riddle’s gravestone sculpture, welcome to contact Aongking, we can also customize any sculpture for you. 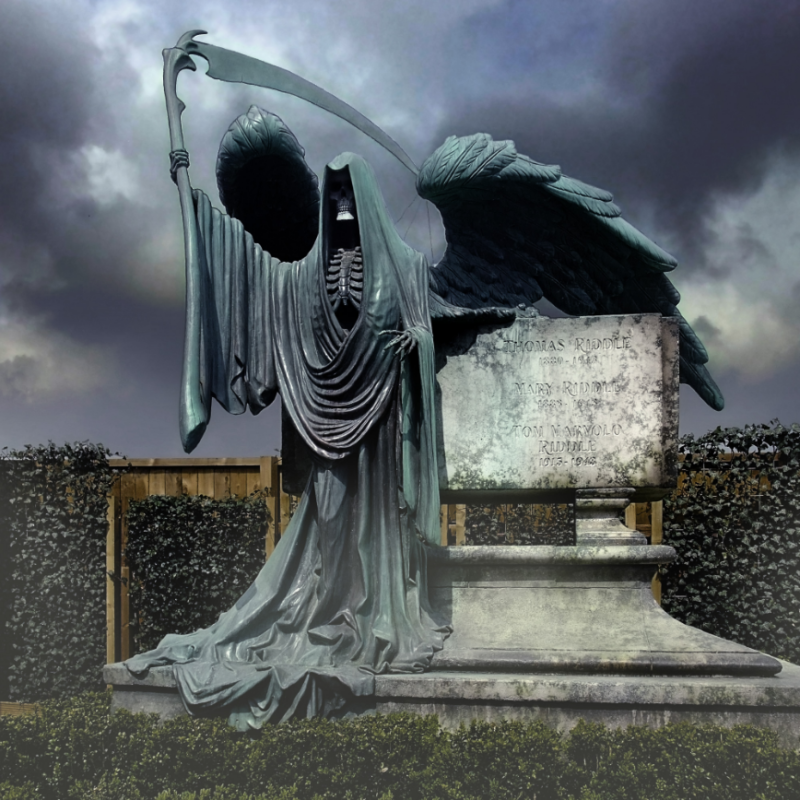 Take a look at this Tom Riddle’s gravestone sculpture. Tom Riddell’s tomb is marked by a towering marble headstone. The names of Thomas Riddle, Mary Riddle, and Tom Riddle Snr are listed in descending order on the front, with their dates of birth and death marked. The Riddle family name appears on the side of the headstone. Beside the gravestone stood a huge winged statue of the Angel of Death, holding a raised sickle in his right hand. Tom Riddle’s Gravestone sculpture is suitable for a cemetery. 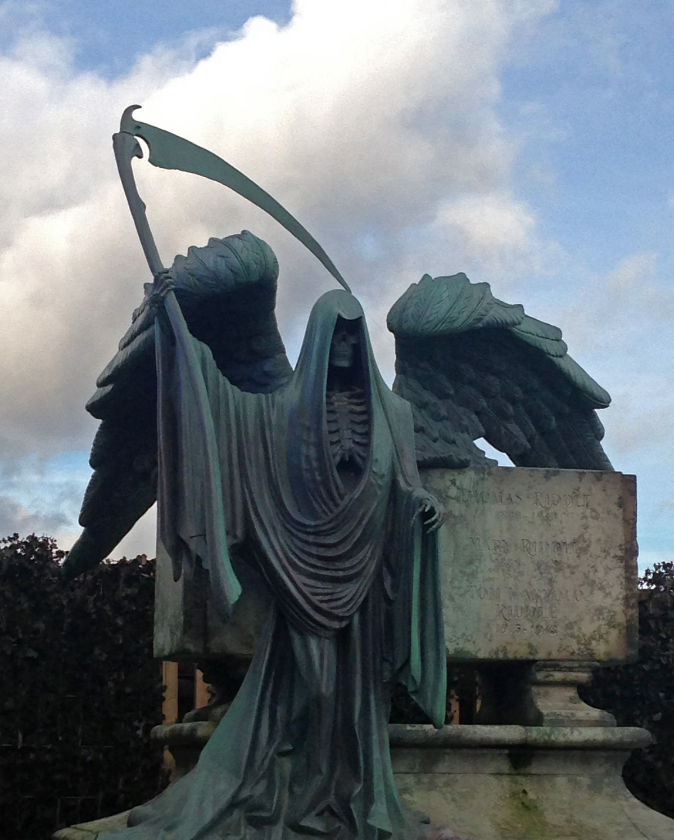