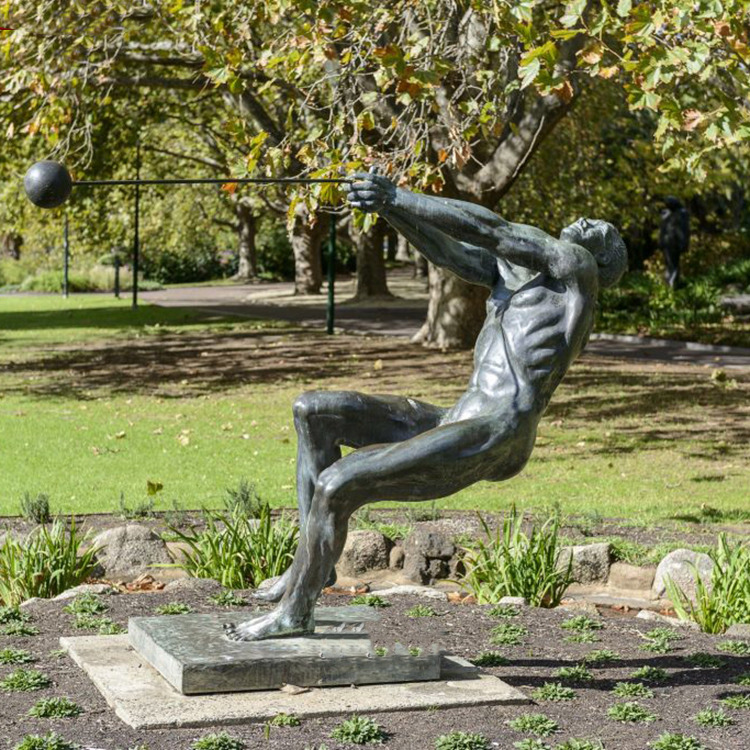 The hammer throw is one of the four throwing events in regular track and field competitions, along with the discus, shot put, and javelin. The “hammer” used in this sport is not the same as any other tool of the same name. It consists of a metal ball connected to the handle by wire. Balls vary in size in men’s and women’s games. Originating in the 15th century, the modern version of the hammer throw is one of the oldest Olympic competitions and was first included in the 1900 Games held in Paris, France (the second Olympic Games of the modern era). Its history since the late 1960s and its legacy prior to participation in the Olympic Games has been influenced by Europe and Eastern Europe, which has influenced interest in the event in other parts of the world. The hammer evolved from its early informal origins into part of the Scottish Highland Games of the late 18th century, the original version of which is still contested today. Take a look at the Thomas Holland Hammer Throw statue, if you really like to throw the shot put, you can put the Thomas Holland Hammer Throw statue in your garden. Aongking also has more sports sculptures for you to choose from. 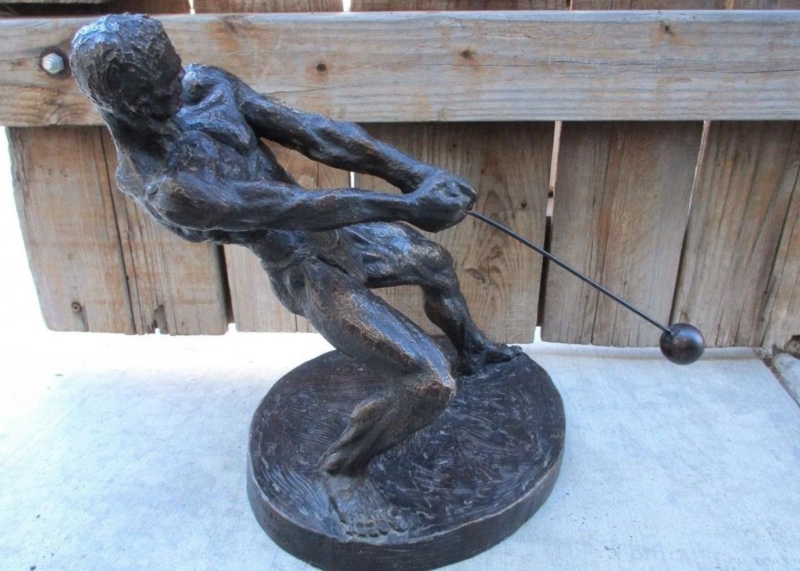 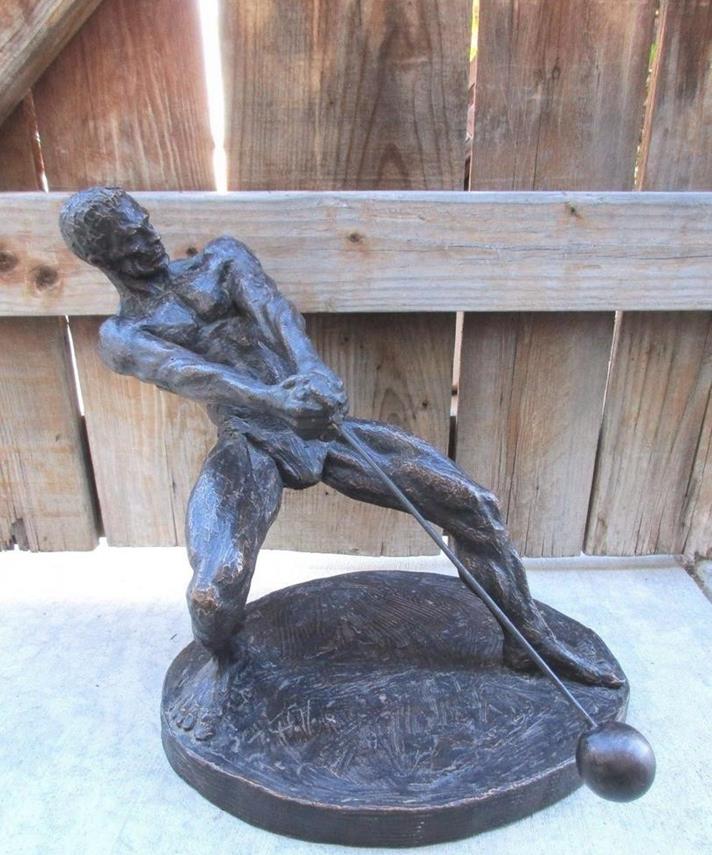