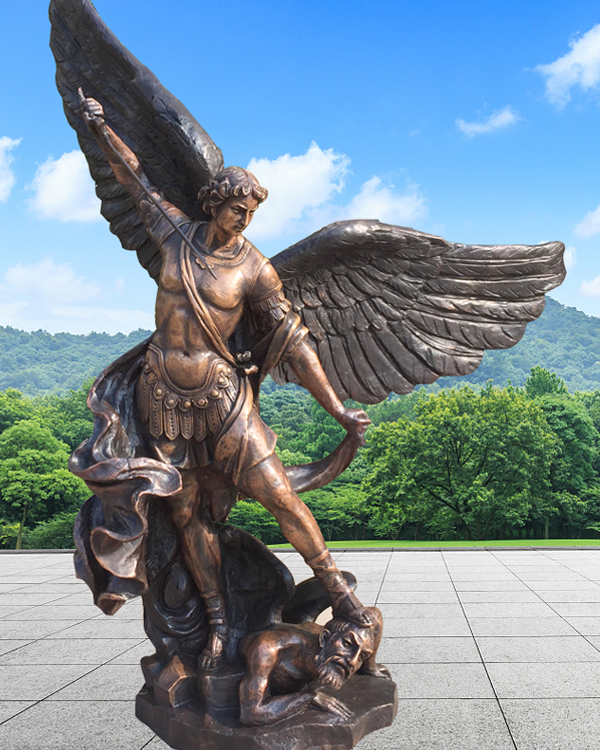 St Michael the Archangel statue is a mythical archangel. In Christian painting and sculpture. Michael is often seen as a young man with long blond hair, holding a Red Cross (or red cruciform sword), fighting dragons, or standing on their bodies. The dragon here is Satan. There are many descriptions and praises of him in the Bible. He was not only a man of courage and incomparable power but also the most beautiful face, very handsome. He was brave and resolute, and though warlike, he was full of compassion. For evil things to hold the absolute denial and ruthless annihilation. It is the embodiment of “absolute justice”, without a hint of darkness. The “Angel of Mercy,” the “Angel of Justice,” the “Prince of God,” the name of Michael is found among the four angels and the seven angels. According to the Old Testament book of Daniel, Michael was Israel’s guardian angel. It is the only one of the sixty-nine guardian angels of the emerging world that have not fallen. And when the world is in trouble, there will be an angel to guide people. In Islam, Michael is depicted with emerald wings, saffron-colored hair, a million faces and mouths, and a tongue that speaks a million dialects. To seek the forgiveness of Allah. The Koran records that Michael wept for the SINS of his believers and gave birth to cherubim. An early branch of Christianity, Serpentism, represented Michael with the head of a lion. The St Michael the Archangel statue is popular with many people. Aongking also has more Greek sculptures for you to choose from. 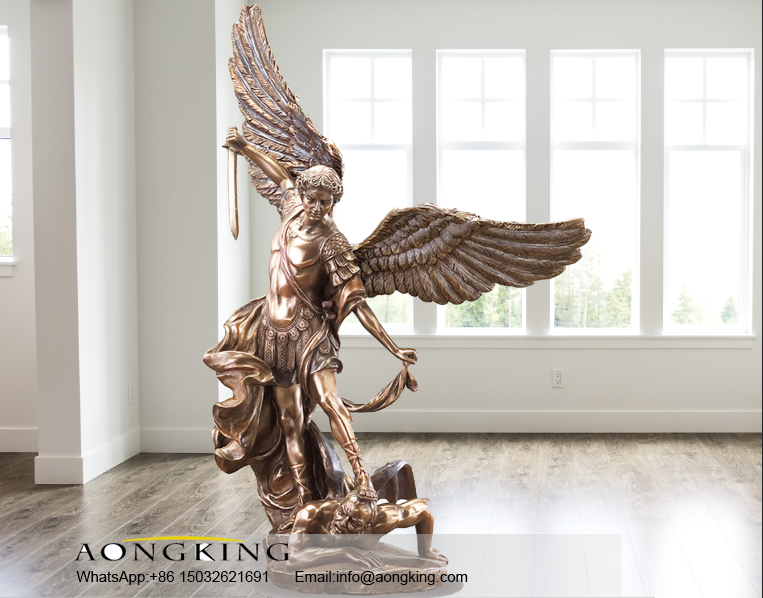 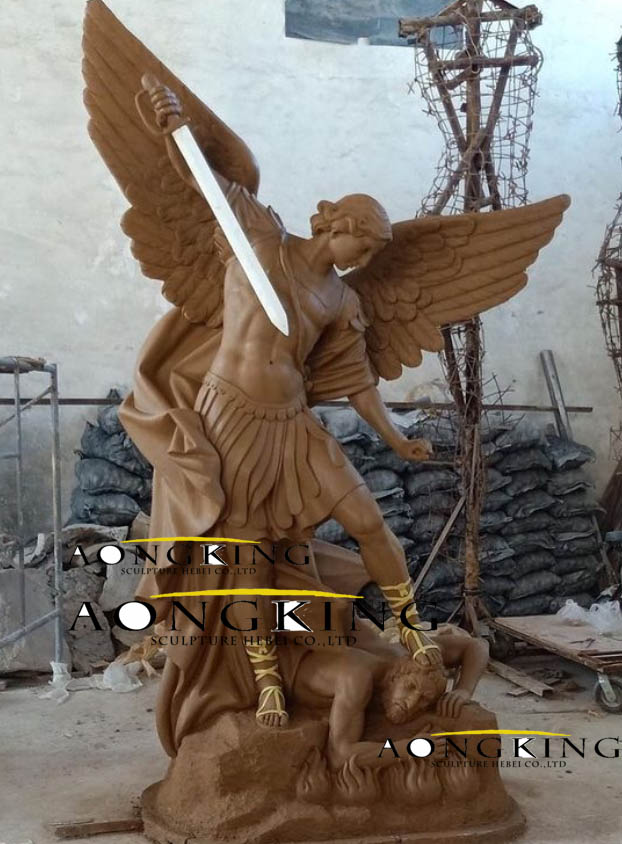 Take a look at this St Michael the Archangel Statue. Michael is the most dazzling and famous archangel. He not only has the courage and incomparable power that ordinary people do not have but also has the most beautiful appearance, very handsome. Sword in hand, he had Satan under his feet and was about to strike at him. He’s really charming. You can put St Michael the Archangel Statue in your garden and let him protect your garden. 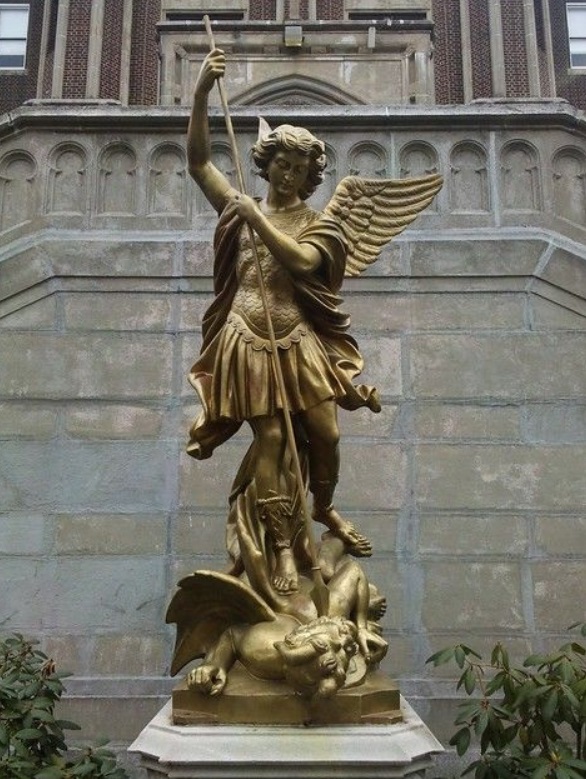