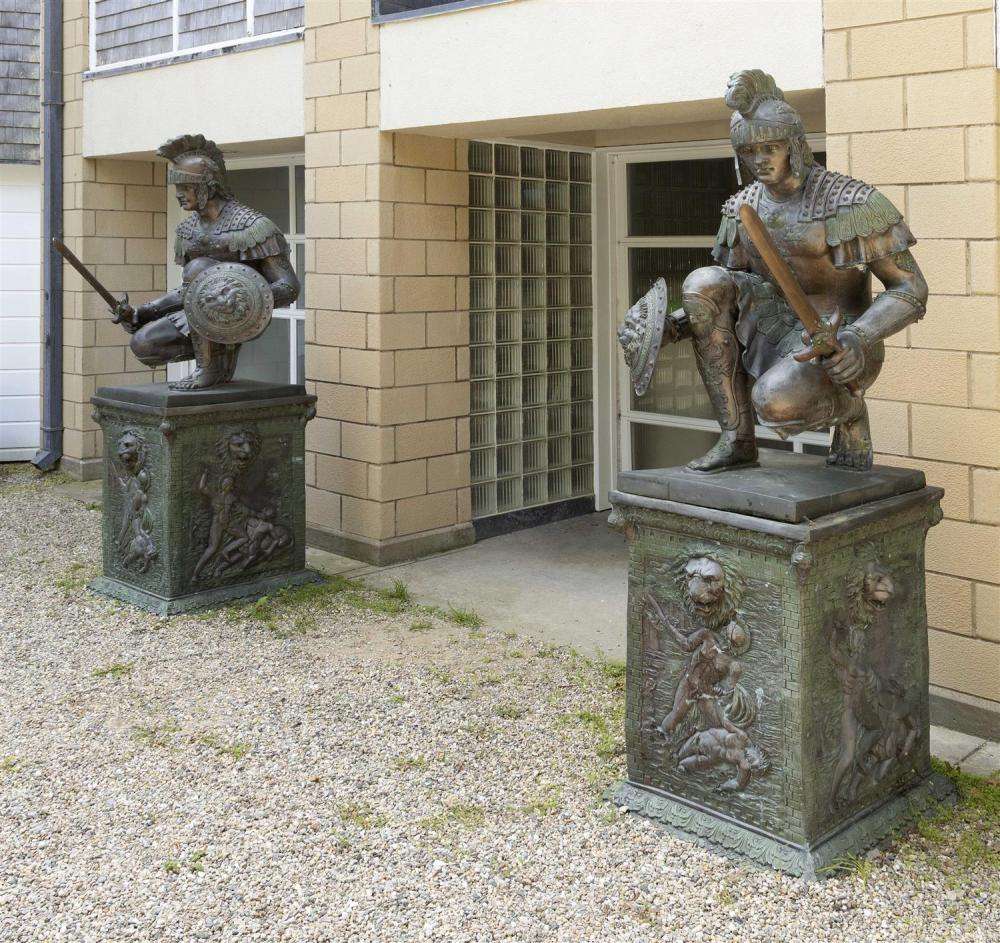 Roman sculpture mostly maintained a stern, serious, reserved, and thoughtful expression. Although it is not lifelike, it emphasizes the truth and personality of the characters. Ancient Roman sculpture emphasized the strength and dynamic beauty of the figures and the beauty of the muscles of the figures. The number of ancient Roman sculptures is more, sculpture art in ancient Rome has a high status in social life. The ancient Roman art of sculpture came from the use of plaster or wax on the face of a corpse and painted with various colors to make it a realistic mask. Roman soldiers’ combat training included wearing full armor. The matador with wooden horns rushes at the wooden dummy and fights with him. The legion was trained to advance with their gladiators, as they could defend themselves with their large shields when stabbing the enemy. The Romans were well aware that a wound as small as three or four centimeters could lead to death, so they emphasized techniques that were quick and penetrating vital areas or gaps
in armor. Contemporary art depictions of Roman soldiers fighting, including Trajan’s column in Rome, depict them standing on their left foot with their shield forward and their right foot backward, turning 90 degrees outward. Some believe this indicates a form of fighting similar to boxing, with the shield on the left used to stab and harass the enemy, while the sword on the right was used for the final blow. In fact, the protective wall is the key.
With his studded left boot at the base of his shield and his right foot at the back to support his body, the legionary general was supported by two other teams. The braver the enemy, the more he was pushed forward, and the more helpless the man in front was pinned down by the Roman shield wall and easily stabbed by the dagger. Aongking also has more Roman sculptures besides these Roman soldier statues. Aongking can also customize any sculpture for you. 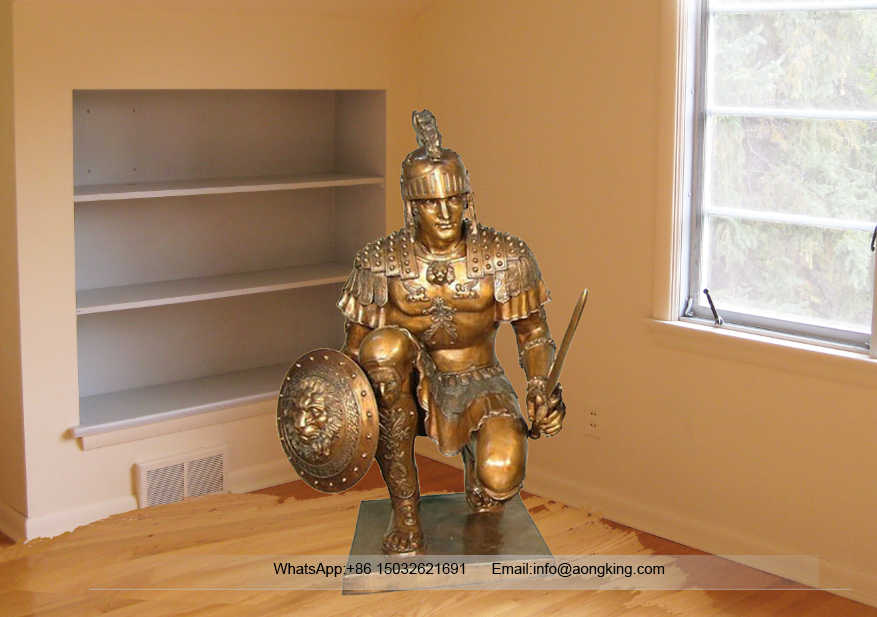 Statues of soldiers from ancient Rome and Greece are very popular. Take a look at these Roman soldier statues. These are two Roman soldiers with swords and shields. They look very cool and handsome. They were crouching on the ground as if waiting for orders. This is our latest bronze Roman soldier. As you can see, he’s wearing very elaborate armor. He has vivid gestures and delicate expressions, which reflect the courage and ambition of this soldier. These Roman soldier statues are detailed and finely textured, making them suitable for decoration in a room or park. 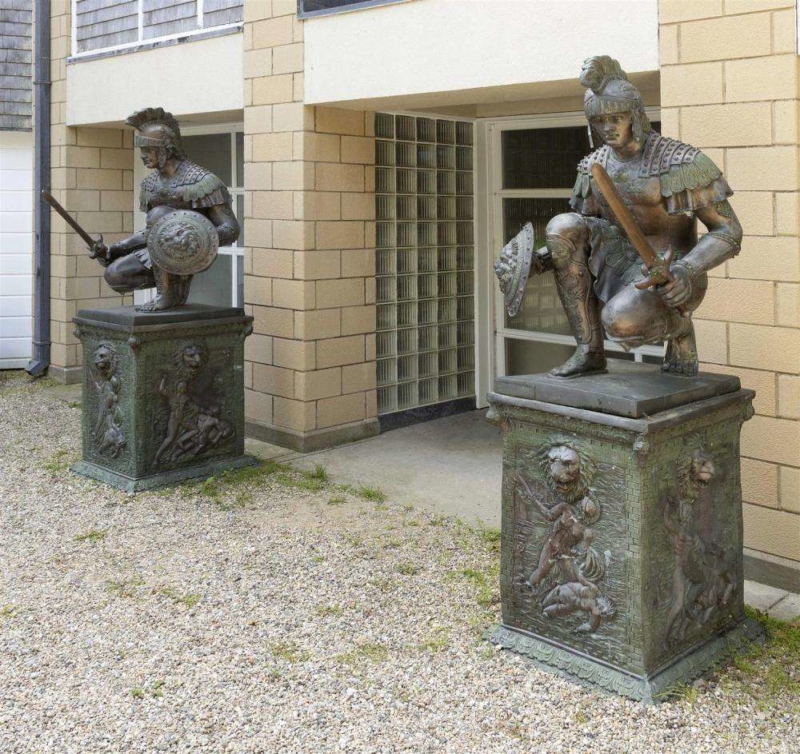