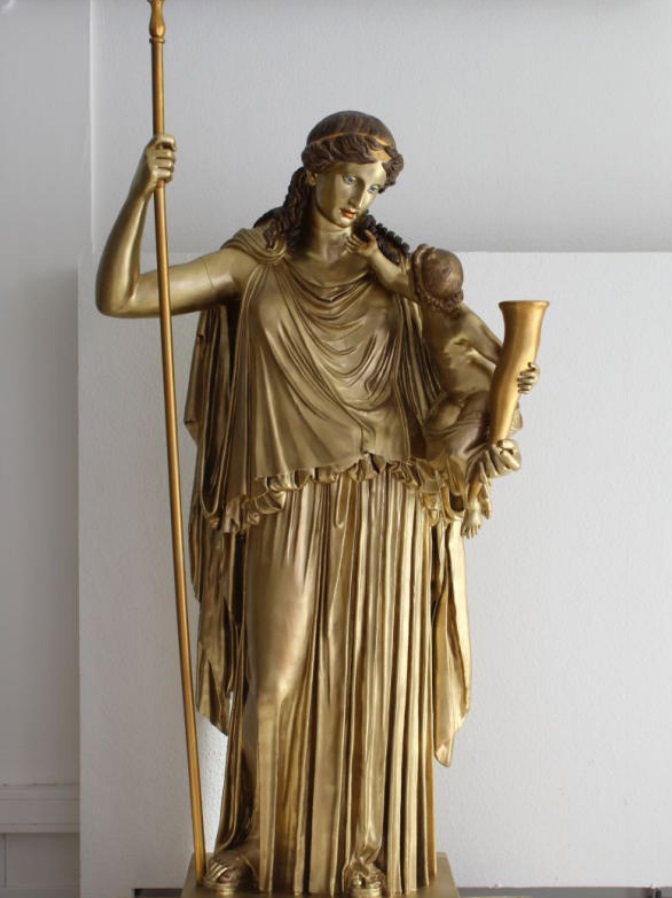 Worship of Peace was organized and became popular during the reign of Emperor Augustus, who used her image to help stabilize the empire after the turmoil and civil war of the late Republic. Augustus dedicated an altar of peace to her on the campus of Mattius, called Ara Pacis. The Vespa Asian emperor built a temple for her called Templum Pacis. Pax held a festival in her honor on Jan. 3. In art, she is usually depicted holding up an olive branch as a peace offering, as well as a cane, cornuclide, corn, and scepter. Pax is also often associated with spring. Early Roman worship and mythology were largely based on and adapted from the Pantheon of Greek gods and goddesses. Ancient Greek deities, such as Mars and Juno, consistent with Roman values of conquest, power, and pragmatism, were adopted in the early Roman kingdoms and early republics. You can take a look at this Roman Goddess Peace sculpture, Aongking also has more Roman sculptures for you to choose from besides this Roman Goddess Peace sculpture.

There are many mythological characters in Roman mythology. If you are interested in Roman mythology, there are many more mythological stories for you to learn. Take a look at this Roman Goddess Peace sculpture. Pax was the Roman goddess of peace. Pax was believed to be the daughter of the Roman king God Jupiter and the goddess of Justice. She was holding a child in her arms. This Roman Goddess Peace sculpture is perfect for your garden.