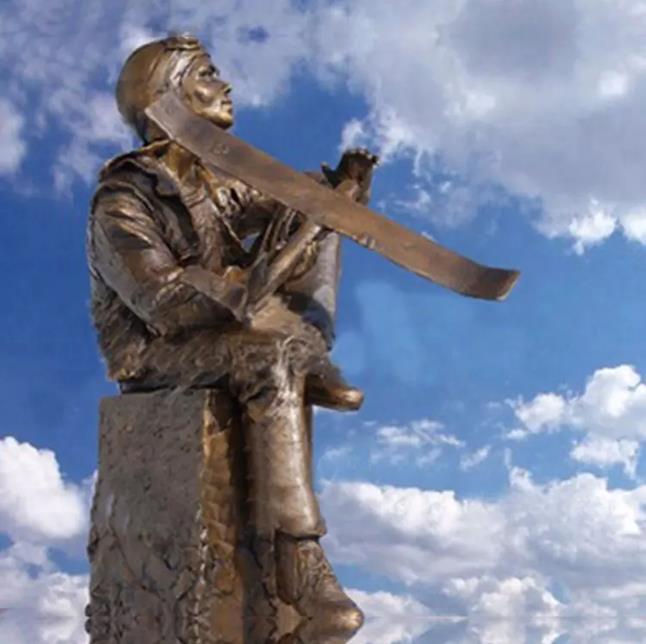 Our pilot bronze sculptures are lifelike and vivid, no matter in expression

Pilots generally refer to aircraft pilots, including helicopters, airliners, etc. Our pilot bronze sculptures are lifelike and vivid, no matter in expression, or action clothing. Fighter pilots are usually very strict in their selection, so all the selected pilots have super endurance and excellent reaction ability. The foundation of being a pilot is to distinguish directions. In the endless sky, it is easiest to get lost. You can’t be allergic to gasoline. If you are allergic to gasoline, you can’t be a pilot. A pilot should also have good eyesight. When he is a pilot, it is important to have good eyesight and distinguish the enemy aircraft or birds in the distance ahead. If the enemy plane is going to kill it, be calm. When the enemy plane flies over, be calm and think calmly to deal with it. Pilots also need to be good at mathematics. In the command hall, they always have latitude and longitude lines. Therefore, the selection of pilots is very strict. The pilot bronze sculpture is popular with many prople.

In the history of aviation development, there have been a number of pilots who have made outstanding contributions. On October 23, 1911, Italian pilot C Piazza flew the Bleriot aircraft for the first time to conduct an hour of reconnaissance over Türkiye positions, opening the prelude to the aircraft’s participation in the war. In the First World War, there appeared such famous pilots as Russia’s Alteulov and Krujian, Germany’s Richthofen and Udet, France’s Fengke and Cunemet, Britain’s Mennock and Bishop. In the Second World War, Soviet pilots shot down 62 enemy aircraft in the air battle, Pokrashkin shot down 59, and Gulayev shot down 57. During the Korean War, the aircraft participating in the war were already high-speed jet fighters. The Air Force of the Chinese People’s Volunteer Army came out to shoot down Zhao Baotong and Wang Hai, who shot down 9 enemy planes, Liu Yudi, who shot down 8 enemy planes, Sun Shenglu, Zhang Jihui and other pilots, who shot down 7 enemy planes. They were all awarded the title of “First class combat hero”. In order to commemorate the heroes who made contributions to the pilots, Aongking can customized pilot bronze sculptures for them. If you also have a pilot dream, Aongking can also customize your pilot bronze sculpture.