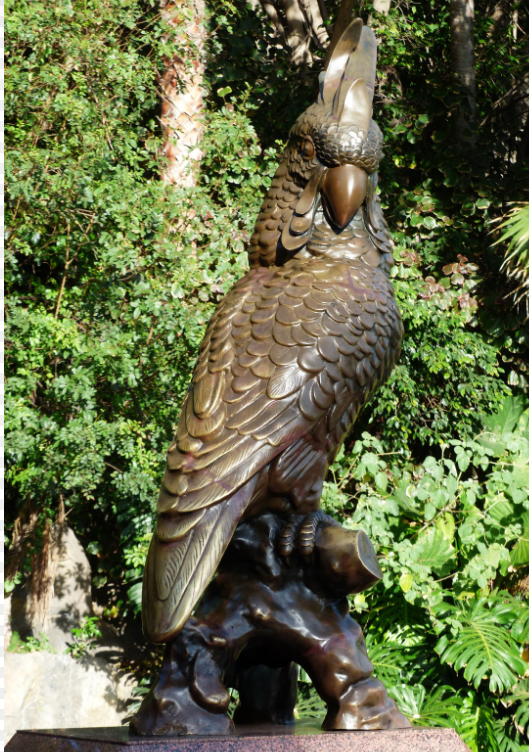 If you can’t keep a real parrot, you can choose to buy a parrot figure bronze statue

Nowadays, many people like to keep a parrot at home. The parrot is very cute, it can learn to talk. If you can’t keep a real parrot, you can choose to buy a parrot figure bronze statue. The implication of the parrot sculpture is to be heroic, upward, auspicious, harmonious, happy and happy. Parrots have the saying of auspicious birds, which symbolizes a positive spirit. In China, parrots are a symbol of love, and they were mentioned in the earliest literature. Han Shan, a poet of the Tang Dynasty, mentioned parrots many times in his Cold Mountain Poems. In India, parrots used to be sacred, and killing parrots would be executed. There are a lot of parrot stories in Indian myths and legends. The parrot is described as a bird of ecstasy, driving for the god of joy, Ratti. Because parrots can imitate human voices, some ancient American Indian tribes believed that they had human souls.

With the extension of human civilization and the development of industrialization, parrots also face the deterioration of their living environment. Their population has declined sharply, and some species have been or are close to extinction. The owl parrot in New Zealand is the only nocturnal parrot that crawls on the ground. They were originally distributed in the south of New Zealand, Stewart and other islands, and were endangered due to rats and weasels in their habitats. Taboo honey sucking parrot, named after Tabuti Island, has disappeared on this island in the South Pacific, its ancestral home. Considering that its name matches its reality, people only introduced it from Cook Islands, but it is still in danger. The natural enemies of these two kinds of parrots are mice and cats, and they have lived in their native places for thousands of years and have multiplied from generation to generation, with few natural enemies. It is the traces of human activities that have broken the peace and tranquility here. When ships send pioneers and travelers to these islands, they also send rats and cats to them. These killers devour birds’ eggs and chicks, making them doomed. However, the World Wildlife Conservation Organization moved the survivors to an island without natural enemies, which is no longer known to the public. We can only see these beautiful parrots in pictures and stamps in the future. We should call on more people to protect these endangered species through the parrot figure bronze statue. 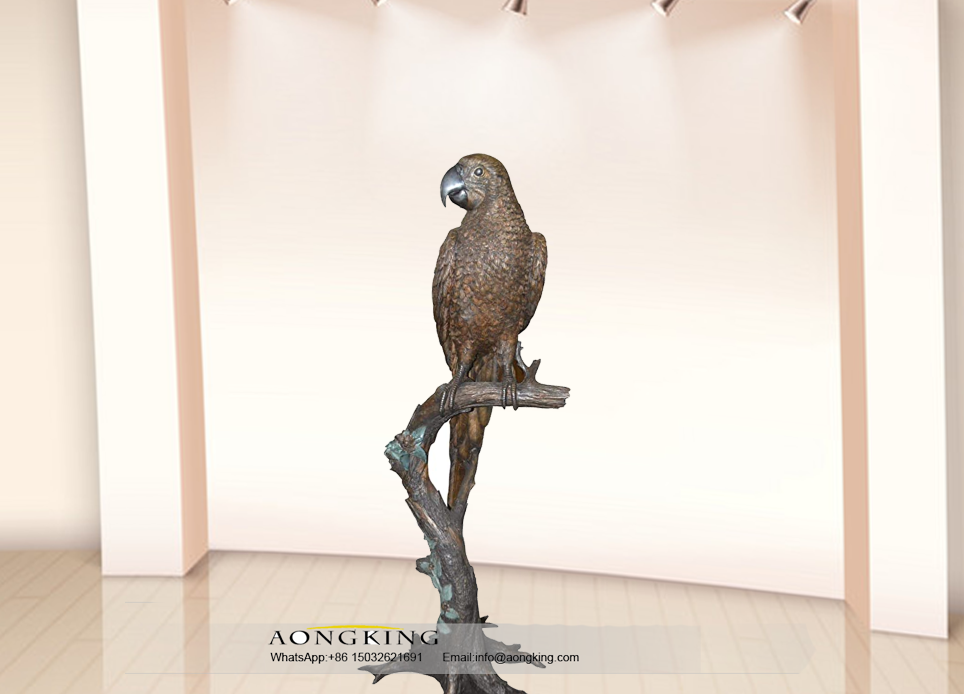