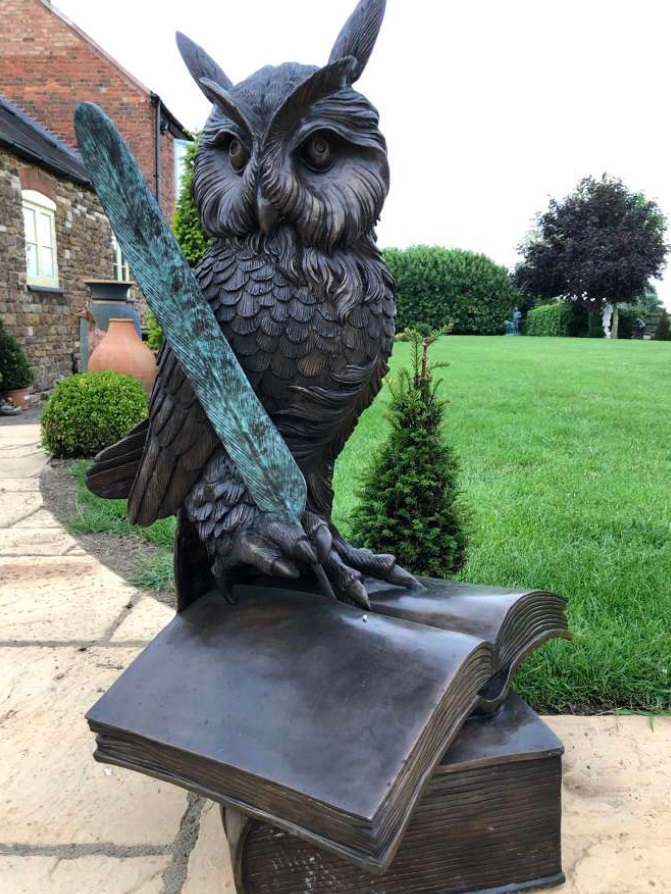 There are more than 130 species of owl. It is found on all continents except Antarctica. For most species of nocturnal carnivorous animals, the food is mainly mice, which also eat insects, birds, lizards, fish, and other animals. Owl has a broad head, short and stout mouth with a hooked front end. Feathers on the front of the head are arranged into a faceplate, and some species have ear-shaped feathers. The distribution of binocular eyes, faceplate, and ear feather make the head of birds in this order very similar to cats, so it is commonly known as owls. Alias cat Hawk. Owls like to hide in the leaves during the day to sleep until the night comes out of the food, is the forest rat experts. Because owls have their eyes at the front of their heads instead of on the sides like other birds, they have to keep moving their heads around to get a full view of what’s going on around them. Once the owl knows where its prey is, it pounces. Owl feathers are very soft, with velvety feathers on their wings, so the sound waves produced by the owl are less than 1 kHz. This silent attack gives the owl’s attack a “blitzkrieg” effect. According to research, owls in the attacked prey, their hearing still plays a role in positioning. It can move according to the sound of prey, constantly adjust the direction of the attack, and finally out of the claw, effective. Make owls a regular guest in your garden. Bring our owl life-size statue to your home. Let it add more life to your garden. Aongking Also has more animal sculptures for you to choose from. 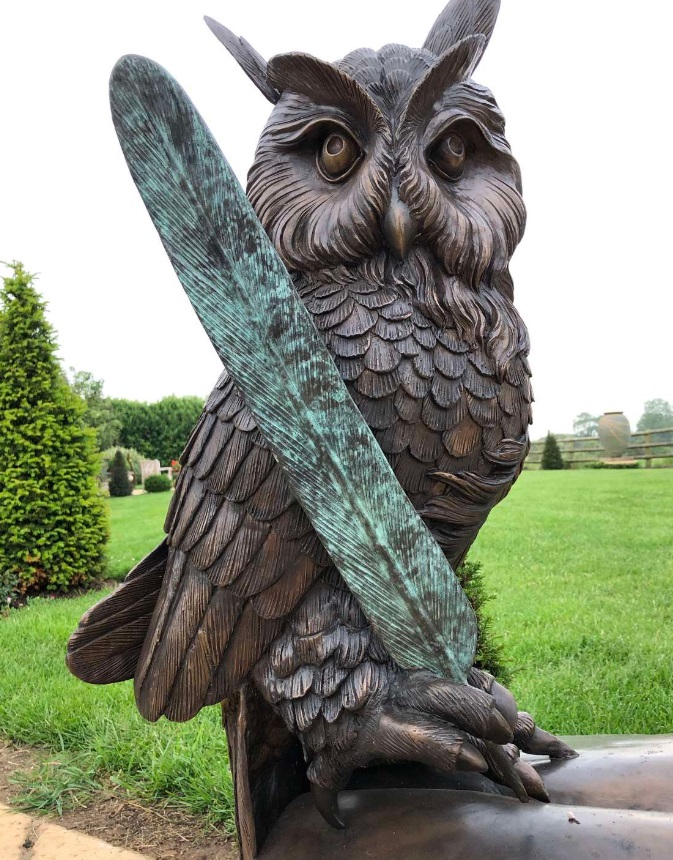 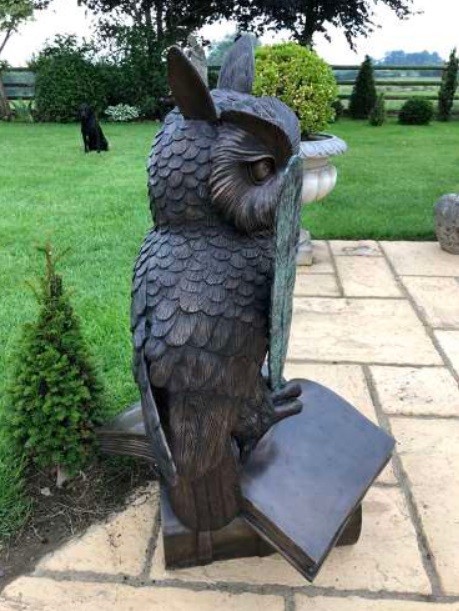 What you can see is an owl standing on the tree branch and staring at you. Actually, this is our classic-style bronze owl life-size statue. You can see this owl sculpture is true to life and has exquisite expression. The owl was writing in a book with a feather. It seems that this is a learned owl. This owl uses its large eyes to look at people which can give people the feeling of being in the forest, and the small and fat body makes it looks so cute, as well as it is solid enough for people to touch and appreciate. If you take this owl life-size statue into the garden or park, it can blend into the environment perfectly and show the beauty of nature to the visitors. 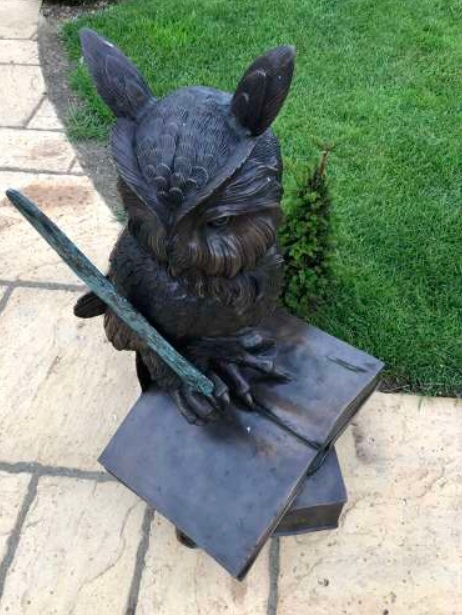