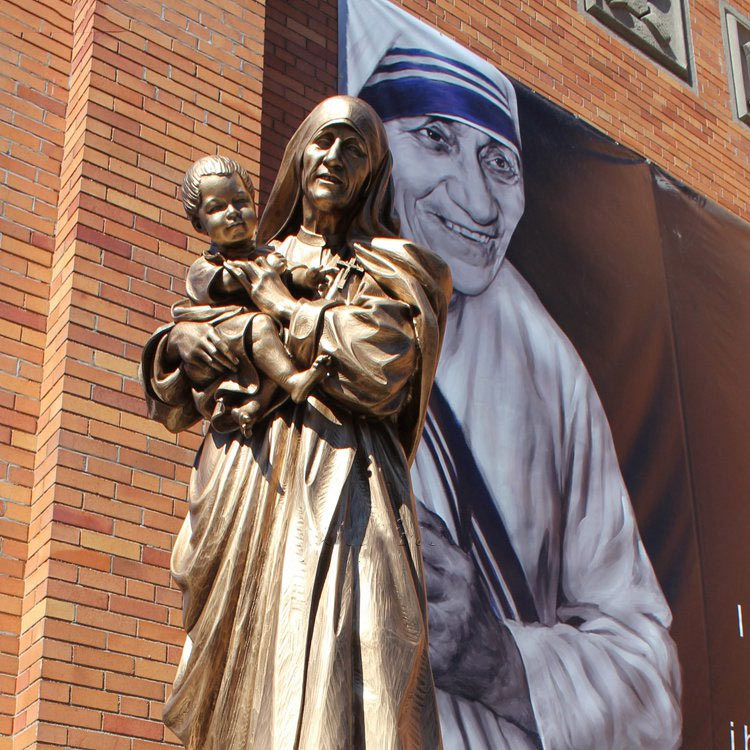 Mother Teresa is called Saint Teresa of Calcutta in the Catholic Church. She was born in Skopje in the Ottoman province of Kosovo. After living in Macedonia for nearly eighteen years, Teresa moved to Ireland and then to India, where she lived for half her life. In 1950 Teresa founded the Roman Catholic Missionaries of Charity, which provided shelter for AIDS, leprosy, and tuberculosis sufferers, and ran porridge factories, pharmacies, clinics, child and family counseling services, orphanages, and schools. Mission members must take three vows of chastity, poverty, and obedience, as well as a fourth vow to “serve the poorest with all one’s heart.” In 2012, the organization was active in 133 countries and had more than 4,500 nuns. Teresa received many honors, including the Ramon Magsaysay Prize in 1962 and the 1979 Nobel Peace Prize. Teresa was canonized by the Catholic Church on September 4, 2016, and September 5 became its holy day. Teresa was controversial both during and after his death. There was widespread praise for his philanthropy, but mixed reviews for his anti-abortion stance. The medical and housing conditions at Habitat for Humanity have also been criticized. A biography of Dreza by Navin Chavila was published in 1992 and has been the subject of numerous books and films. If you like this Mother Teresa statue, welcome to contact Aongking. Aongking can also customize any sculpture for you. More pictures of the Mother Teresa statue. 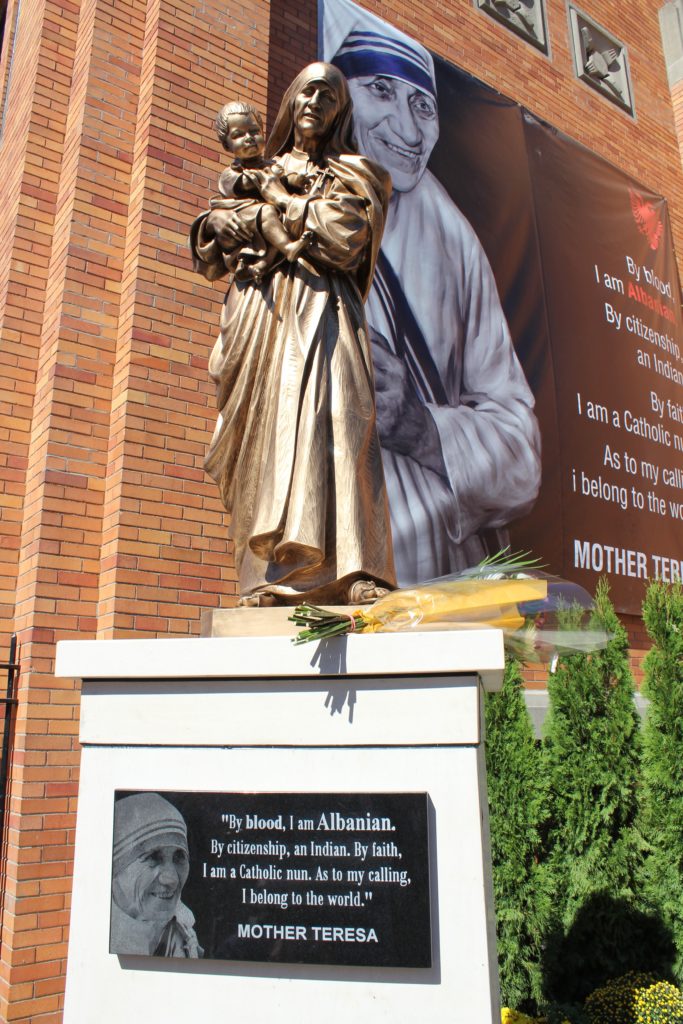 This is the Mother Teresa statue, she held a small child in her arms. Mother Teresa is a world-famous Catholic charity worker, mainly for the poor people of Calcutta service because of their devoted life to eliminating poverty, receive the Nobel peace prize in 1979 October 2003 from Pope John Paul ii Catholic beatified lists Beatification, mother Teresa also, therefore, become the name of the blessed mother Teresa. This Mother Teresa statue is perfect for the public. 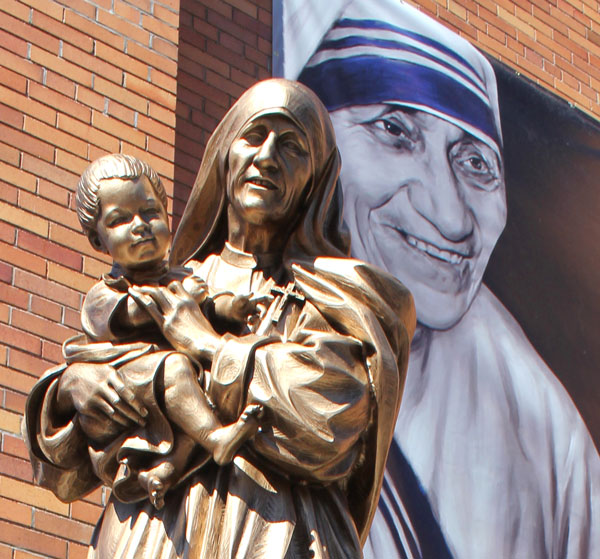