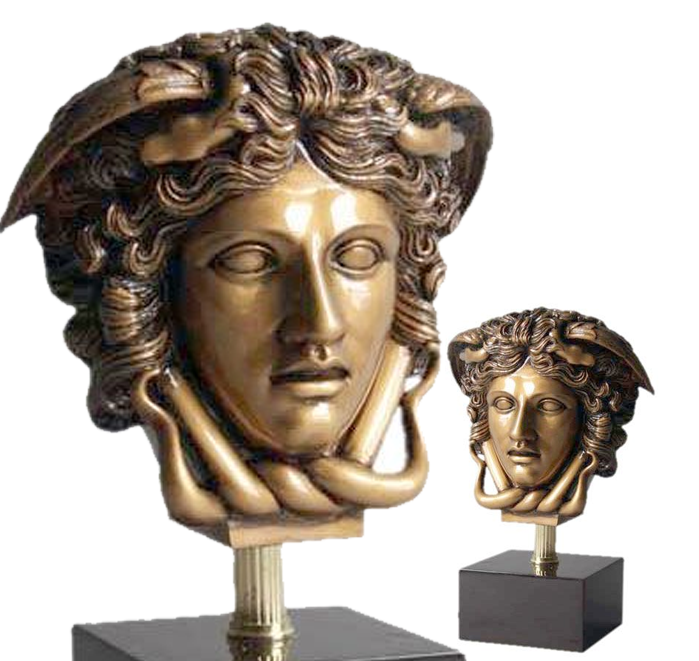 Medusa was the ancient Greek gorgon whose eyes were petrified

Medusa was the ancient Greek gorgon whose eyes were petrified. The monster was killed by the hero Perseus with the help of Athena and Hermes. Perseus sacrificed the head to Athena, and it was inlaid in her shield. The earliest written record of Medusa is in the long poem of Hesiod in ancient Greece. According to the scripture, Medusa was the daughter of Focus and Cetto, the father of all monsters. She and her two other sisters, Steno and Euryale, were called Gorgon. Of the three Gorgon sisters, Medusa was the only one who had a dead body. (In ancient Greece, the dead were often referred to as a mortal, but this was not to say that Medusa was a mortal, based on her birth and abilities, she was undoubtedly a monster.) Medusa was beheaded by the ancient Greek hero Perseus. This Medusa sculpture for home decor is also a very good decoration. 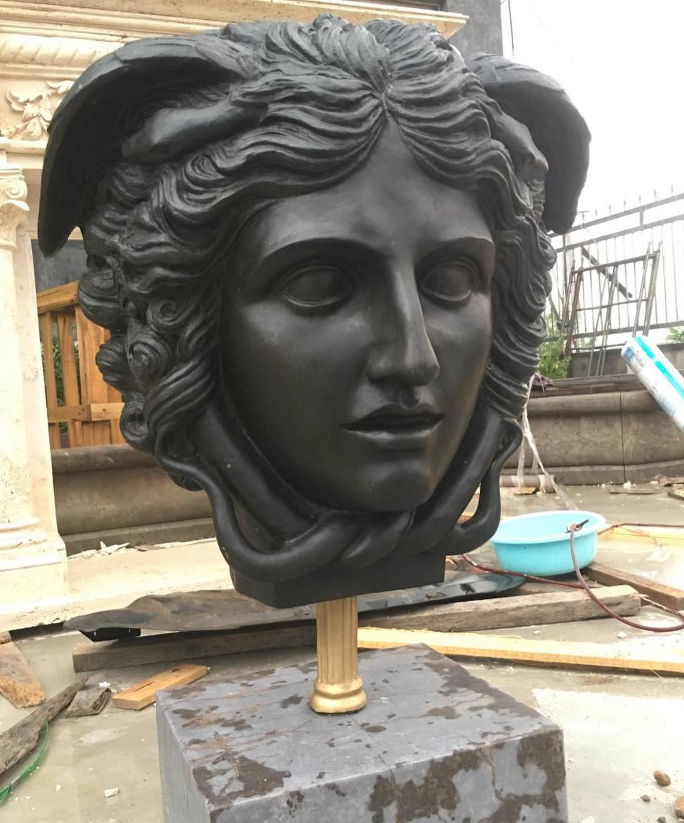 Perseus was able to cut off her head, kill her, and offer it to Athena

According to the ancient Greek poet Hesiod. Medusa is the only Gorgon that cannot live forever. So Perseus was able to cut off her head, kill her, and offer it to Athena. Athena placed Medusa’s head in the center of Aegis’s shield. According to another story, Perseus buried it in the bazaar of Argos. Hercules is said to have received from Athena a handful of Medusa’s serpent hair (which had the same magical power as the head) and given it to Stripper, daughter of Cepheus, to protect the city of Tegea from attack. As soon as this hair appeared before the people, it caused a storm and sent the enemy fleeing. In addition, it is said that Medusa and Poseidon had two sons who appeared in the blood spurting from Medusa’s neck after she was killed. They were Pegasus and Chrysael. There are a lot of Greek myths, and there are countless sculptures about some Greek myths. We also have many other Greek sculptures besides our Medusa sculpture for home decor. We can also customize any sculpture you want. If you are interested in it, welcome to contact us. 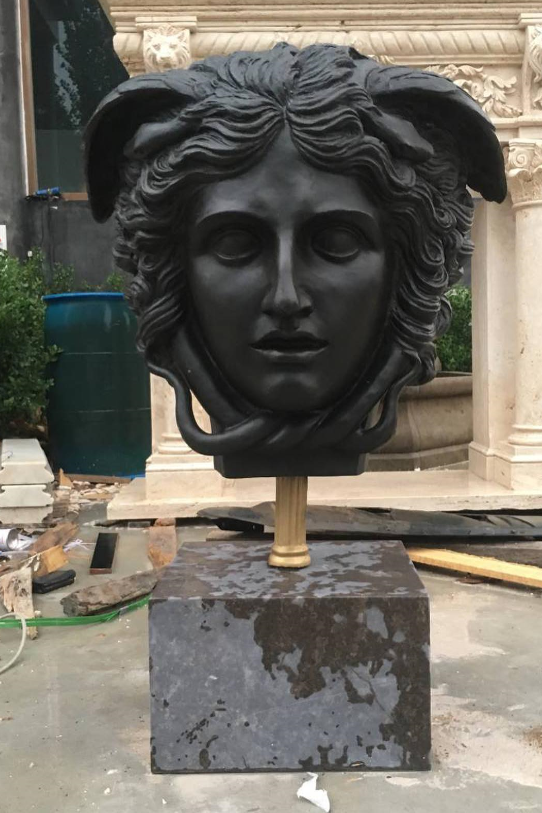 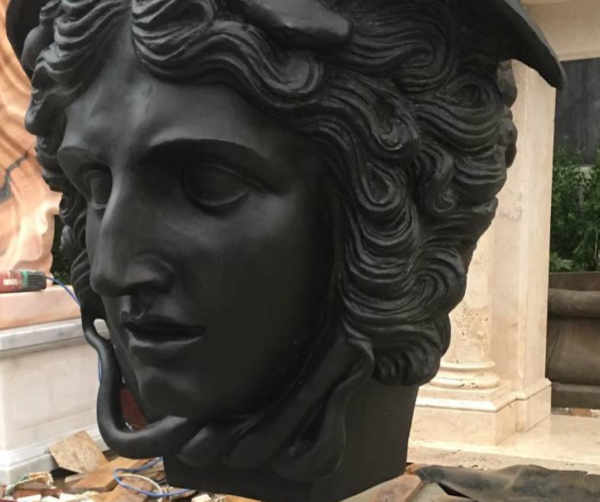