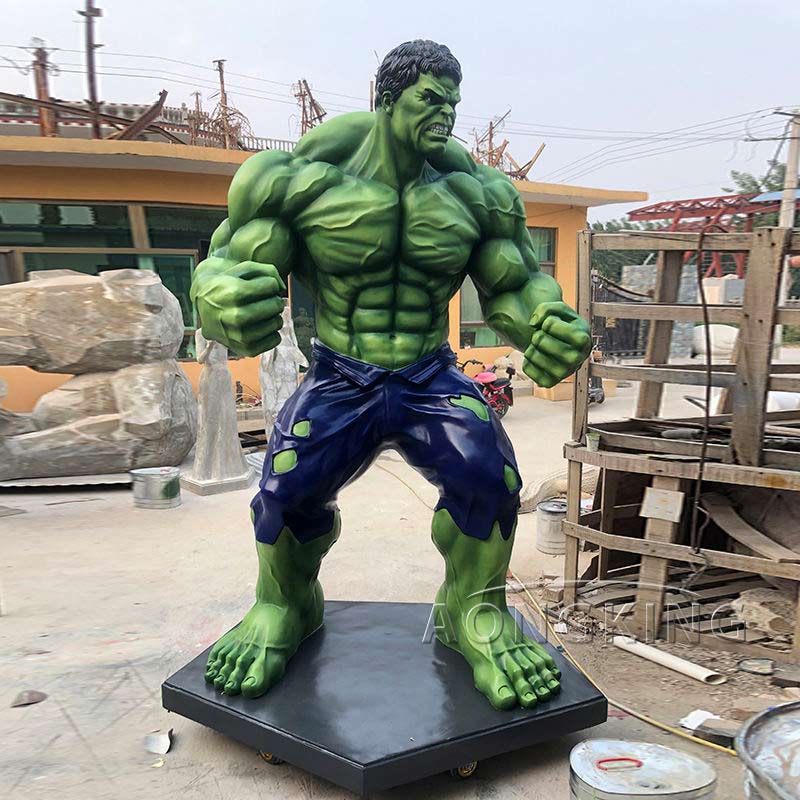 The Hulk, a superhero under Marvel Comics

The Hulk, a superhero under Marvel Comics, made its debut in the first issue of The Incredible Hulk, co-created by Stan Lee and Jack Bryant. He is a world-famous physicist. In an accident, he was greatly radiated by the radiation of his gamma bomb. His body changed. Later, when he was excited and his heart beat faster, he would become a green monster named Haoke. In the beginning, Hawk was depicted as two individuals different from Bruce Banner, a symbol of inner anger and Freudian depression. His anger gradually materialized and developed his own personality and memory different from Bruce Banners. Later stories show that Hawk’s repressed feelings come from the abusive behavior of Banner’s father when he was a child. Because he is often out of control after transformation, in order not to hurt the people around him, Banner travels around the world to find ways to control his anger. Even so, Banna’s Haoke identity often causes devastating damage to the city, so he is often pursued by the police and relevant units. The main color of Hawk’s skin is green. In the past 40 years, Hawk has fought with almost every hero or villain in Marvel Comics. You can buy this life-size hulk statue and put it in your home. Let it realize your heroic dream.

Do you want to have the same super power as Hulk?

Hawk has superhuman strength, speed and endurance. His ability is related to his emotions. The more angry he is, the stronger he is and there is no upper limit. Hawk has a super regenerative ability, sometimes even surpassing death attendants and Wolverine, and can regenerate when important organs are damaged or destroyed. He is also immune to all diseases, poisons, chemical weapons and biological and chemical weapons, and can normally survive in extreme temperatures. The “oxygenated perfluorocarbon emission” secreted by the gland in HOK can increase the pressure of the lung under various conditions, breathe underwater at various depths and move extremely fast. Normal physical strength can lift a 1500 trillion ton super huge mountain range, and the whole body can resist physical, cold weapon, bullet shooting, bomb explosion, nuclear weapons and other attacks. Hawk also has super well-developed leg muscles, has the ability to jump galaxies, and the speed is hundreds of times faster than the speed of light. Running speed Some forms can also reach the speed of light. He can also create shock waves by slapping his palms, which is very powerful. The more angry, the stronger the power will be. When Hawk’s anger reaches its peak, it will maintain a stable state, usually called Green War or World Destroyer. Can see spirit body; Have the ability to absorb radiation; Have extremely high mind control defense. Do you want to have the same super ability as Hawk? Everyone has a dream of heroes. Hawk is a hero in the eyes of many people. Although you can’t be a Hulk, you can learn from him. Put our fiberglass life-size hulk statue in your home, and let it give you more courage to face the difficulties in life. Aongking also has more hero sculptures for you to choose from besides this life-size hulk statue. 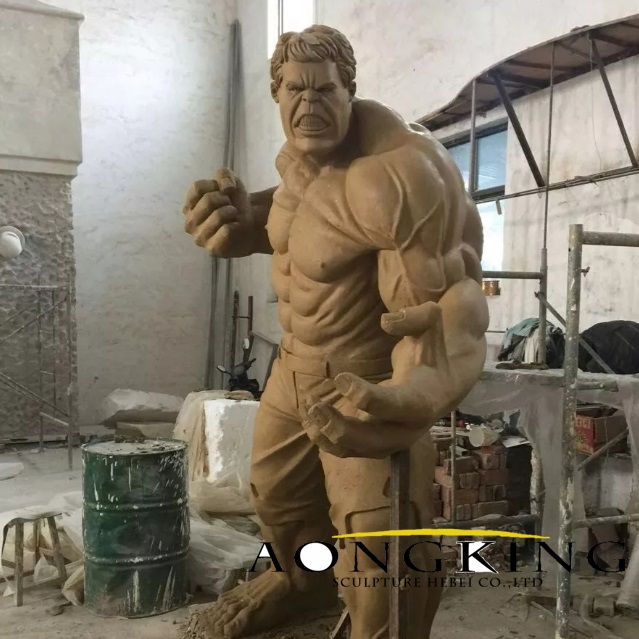 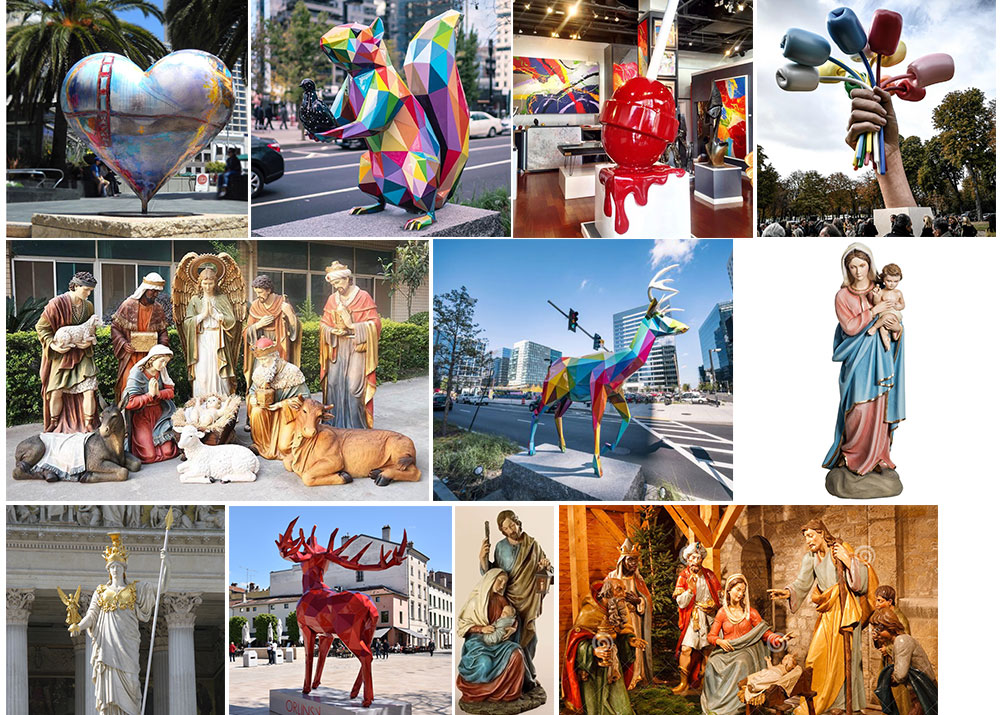 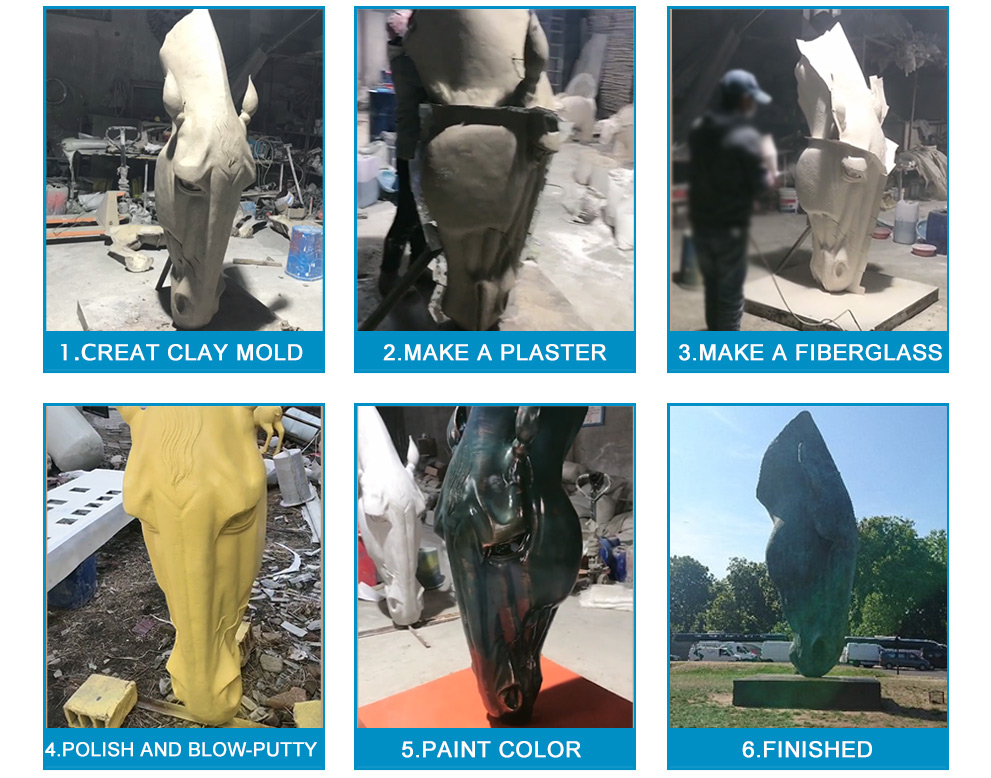