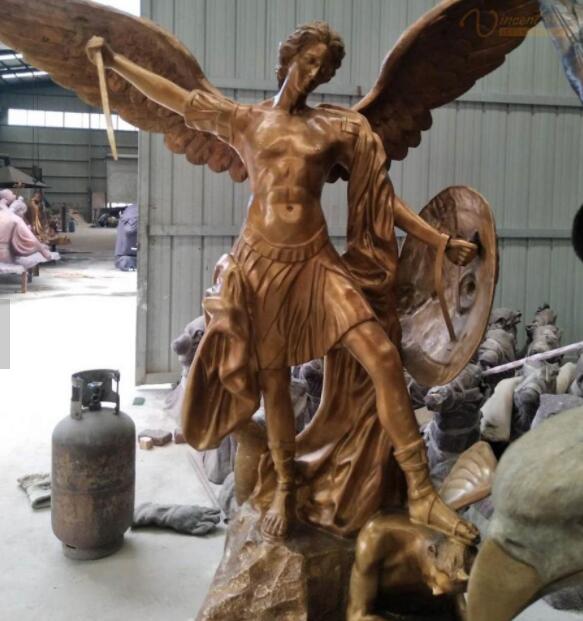 Michael was heroic in killing Satan

According to the Bible, Michael fought to assert God’s dominion during the Seven Days War against Satan. Confronted with God’s opponent and defeated him. In Christian paintings and sculptures, Michael often fights dragons with long blond hair and a Red Cross (or Red Cross sword) in his hand. The image of a young man standing on or befriending a dragon appears. The dragon here is Satan. You can have a look at our life-size archangel Michael sculpture. Michael stepped on the angel, his head bent slightly, his hands holding the gun, and he was about to stab him with force. There is no tension in the whole action. The graceful posture of Michael is shown incisively and vividly, and the general mental outlook of the characters under Rafael’s pen is also reflected from the side. 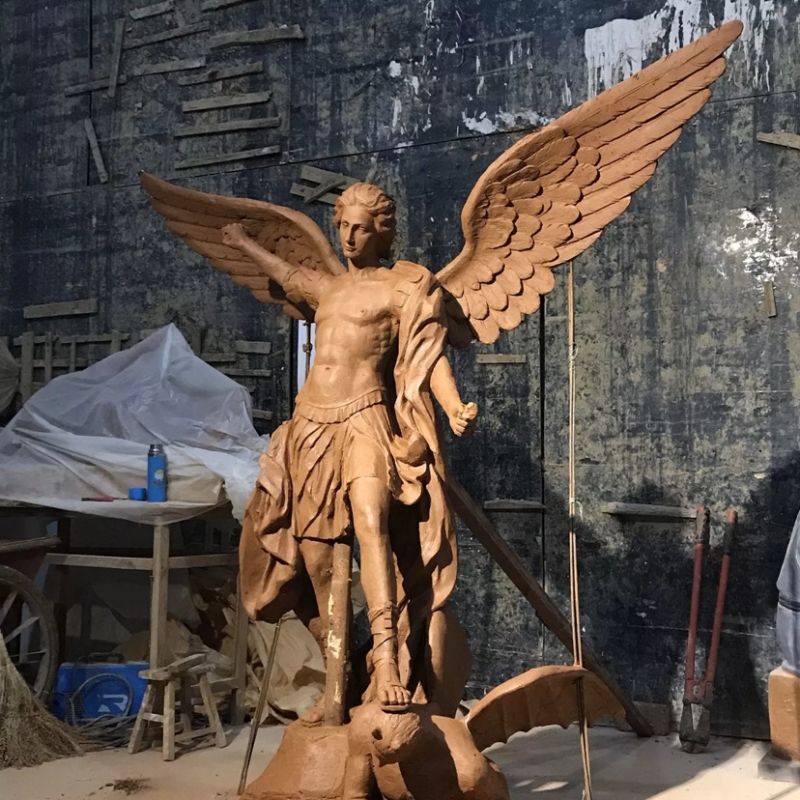 Michael The only angels whose names are mentioned in the Old Testament are Michael and Gabriel. But Michael was the most prominent and famous archangel in Christian culture. There are many descriptions and praises of him in the scriptures, the Apocrypha. He was not only a man of courage and incomparable power but also the most beautiful face, very handsome. He was brave and resolute, and though warlike, he was full of compassion. For evil things to hold the absolute salvation attitude and behavior. Life-size archangel Michael sculptures are numerous and popular. You can put it in your garden or public square. If you are interested in it, welcome to contact us. We also have many religious sculptures to choose from. 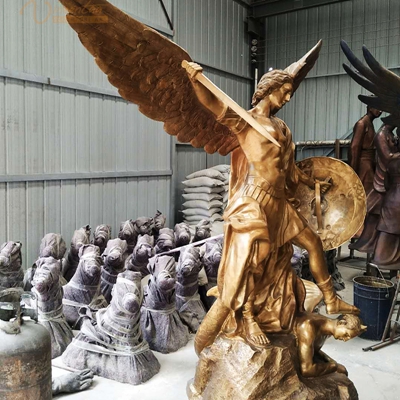