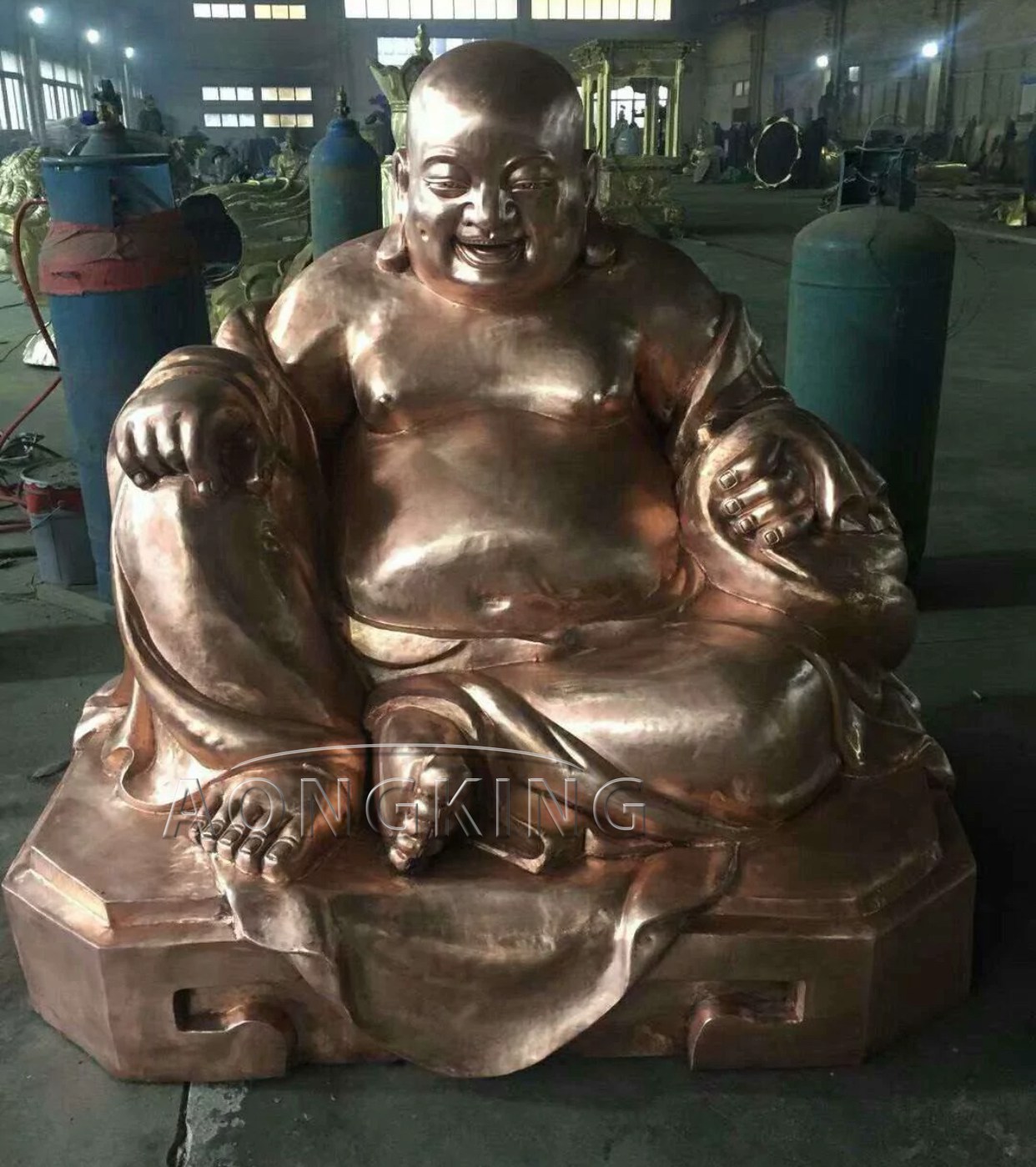 Laughing Buddha was known for patting his big belly with pleasure

Laughing Buddha is also called “Budai”. He is a semi-historical Chinese monk who is often identified and revered as Maitreya Buddha in Zen Buddhism. As Zen spread, he was also venerated in Vietnam, South Korea, and Japan. He is said to have lived in the Wuyue kingdom around the 10th century. His name literally means “cloth bag”, referring to the bag he has usually depicted carrying when wandering aimlessly. His jovial nature, humorous personality, and eccentric lifestyle set him apart from most Buddhist masters or figures. He almost always smiles or laughs, hence his Chinese nickname, “Laughing Buddha”. As he is traditionally described as overweight, he is also known as the “fat Buddha”, especially in the Western world. Budai originated from cult worship and local legends. He is traditionally depicted as a fat bald monk in a simple robe. Carrying his few possessions in a cloth bag, he was poor but content. He would enthusiastically entertain the lovely children who followed him and was known for patting his big belly with pleasure. Nowadays, Laughing Buddha statues are popular with many people. 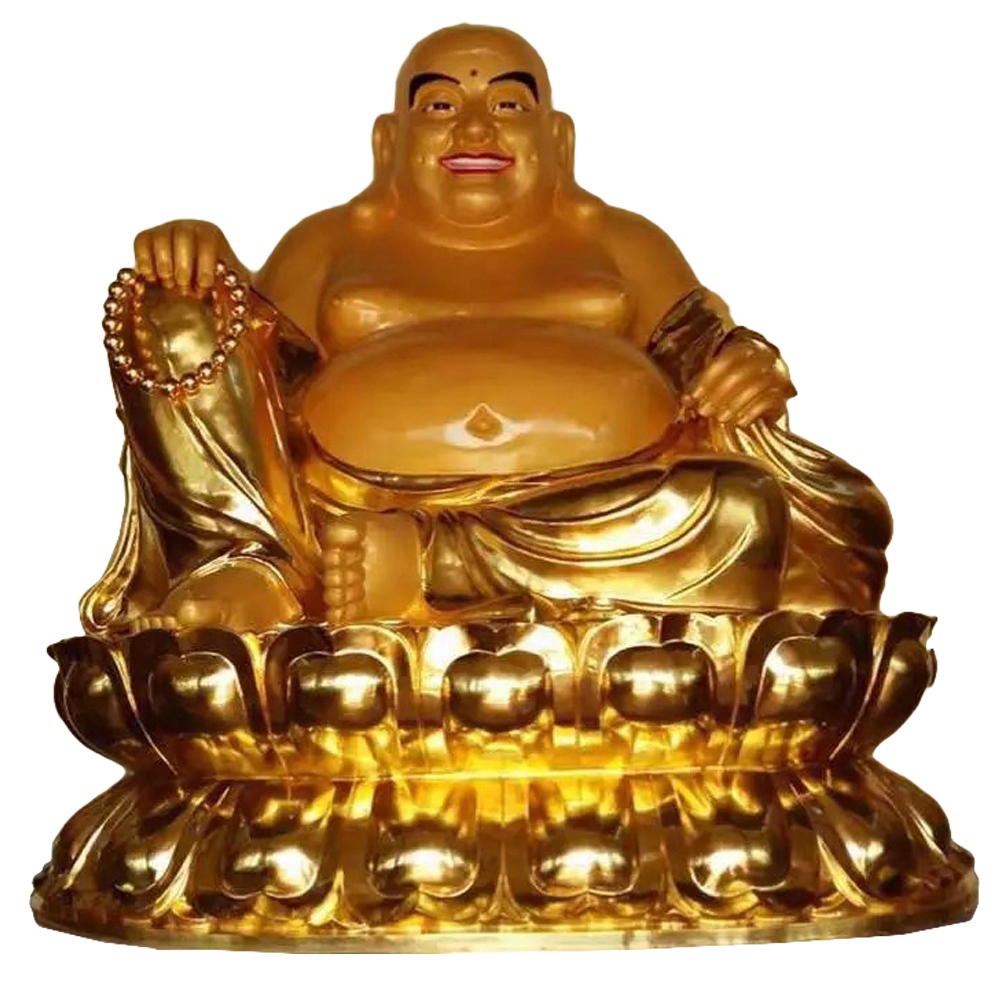 His image appears throughout Chinese culture, representing both contentment and abundance

His image appears throughout Chinese culture, representing both contentment and abundance. Budai’s ability to predict people’s fates and even weather patterns attract the citizens around him. The wandering monk likes to sleep wherever he goes, even outside, because his mystical powers can withstand the cold in the snow without affecting his body. A death note written by the monk himself, dating from 916 or 917 AD, claimed that he was an incarnation of the future Buddha Maitreya. A body believed to belong to a cloth bag is embalmed in the eastern section of the main hall of Yuelin Temple in Fenghua District, Zhejiang Province. Between 1004 and 1007, the Buddhist monk Shi Daoyuan recorded the appearance of the laughing Buddha after his death in records of qing De Lanterns. If you also like Laughing Buddha very much, you can install this Laughing Buddha statue in your home. This Laughing Buddha statue is also a great gift if you have friends who believe in Buddhism. We also have many other buddha statues on our home page. If you are interested in it, welcome to contact us. 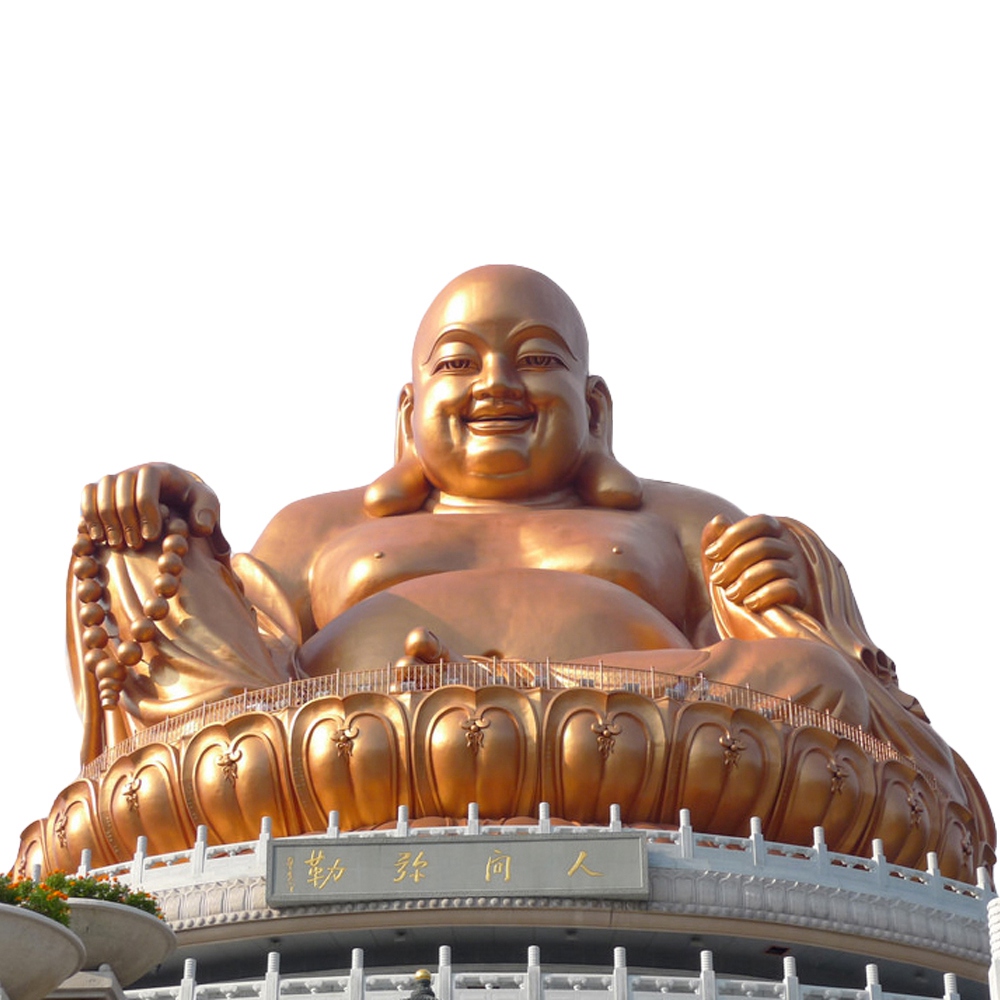 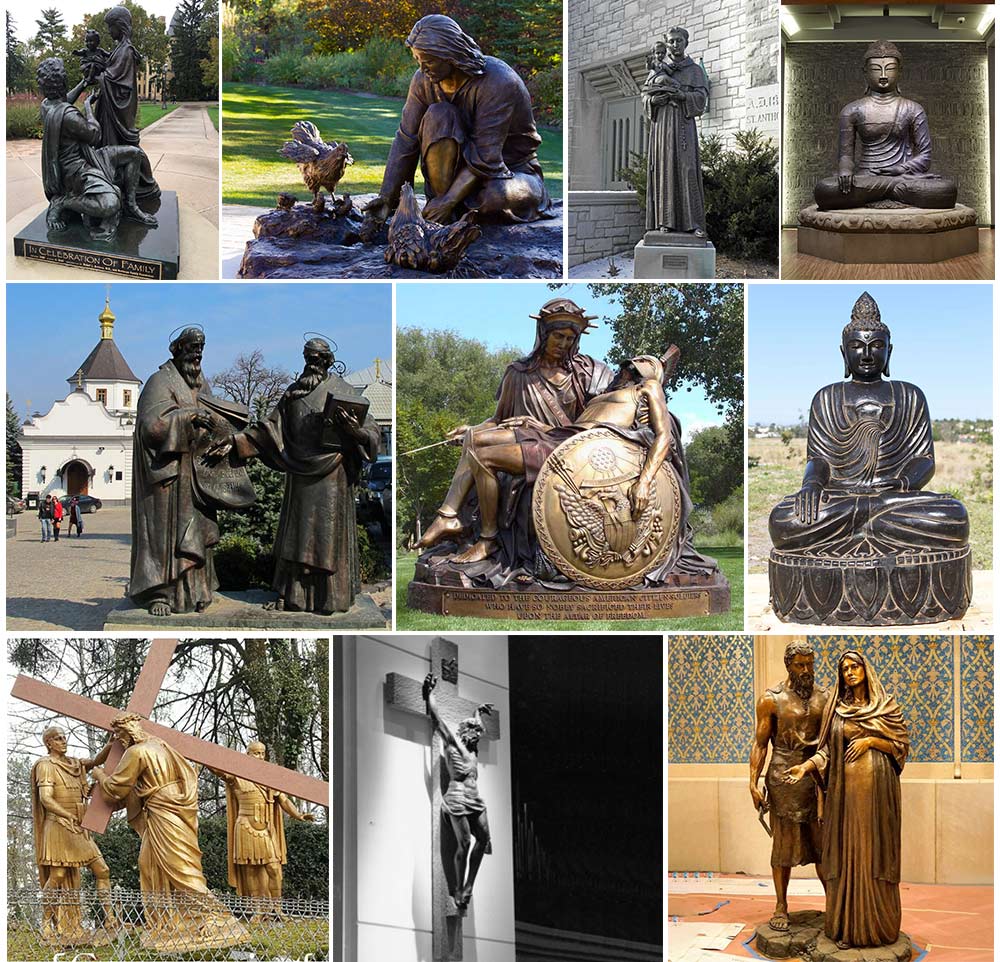 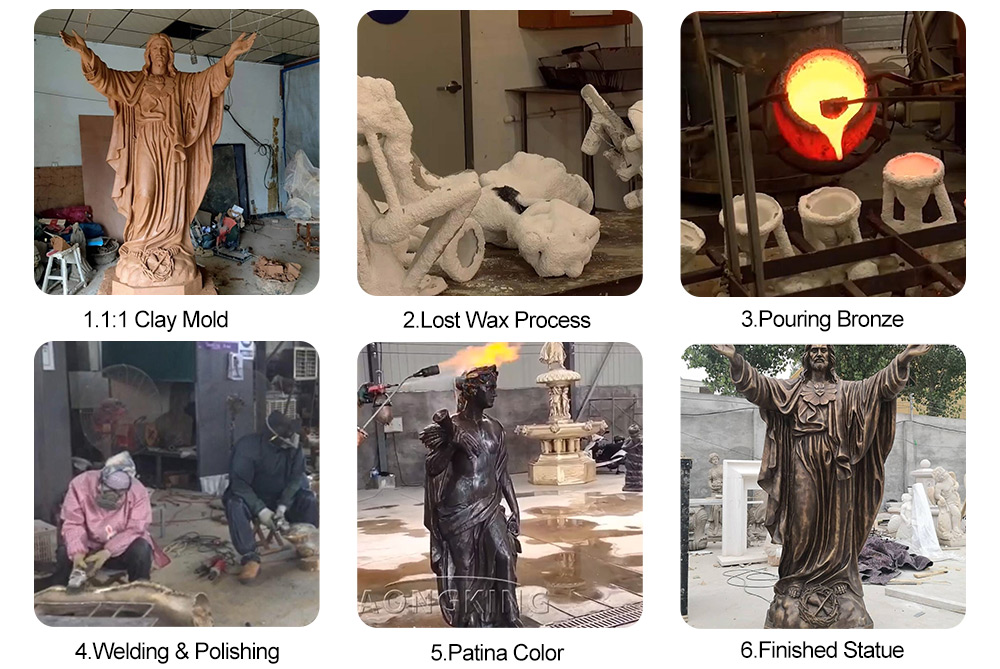