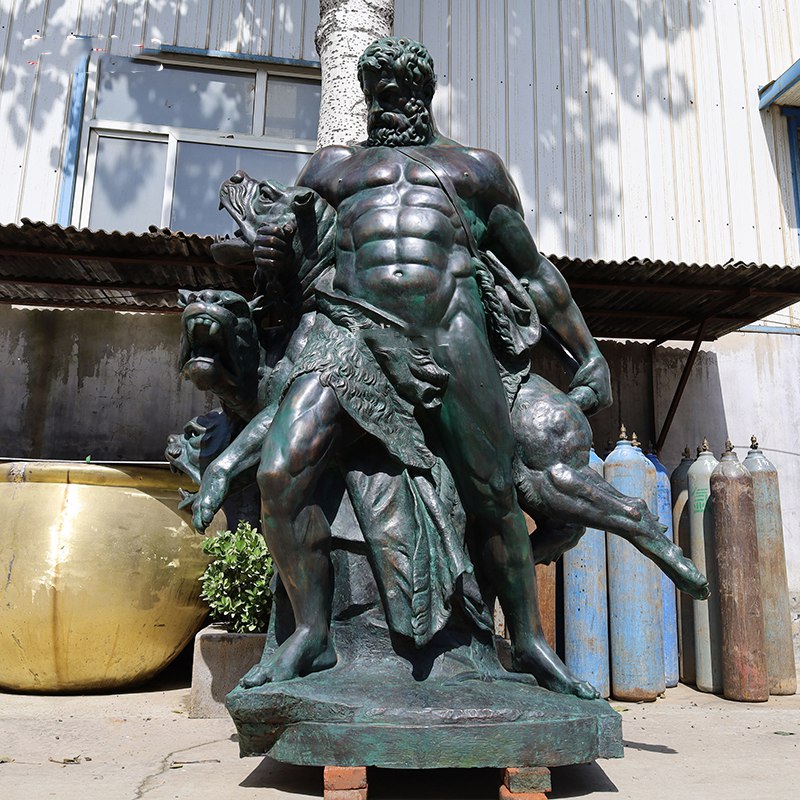 Hercules was a hero in ancient Greek mythology. The son of Zeus and Alcmene, the god-king of great strength. However, he was hated by Hera, the wife of Zeus, because of his birth, so he was cursed by Hera, which led him to kill his children in his madness. To atone for his SINS, he completed 12 “impossible” tasks. On the way also rescued the bound Prometheus, hid his identity to participate in Jason’s heroic expedition, and assisted Jason to obtain the golden fleece. Hercules was a wise man, but his wife misunderstood him and put poison on his clothes, causing him to burn himself to death in pain. After death ascended to Olympus, Zeus named Hercules, participated in the war between the gods of Olympus and Decanthus and won. Finally, Hera and Hera made peace with each other. In order to show his recognition, Hera gave Hercules her daughter, the goddess of youth Hebaishi, as his wife. The three-headed dog was his last assignment. It was the cunning king’s idea. For this was beyond the power of any heroic spirit, to fight the dogs of hell, and to bring back Cerberus, the guard dog of Hades. The dog had three heads, and its mouth was dripping with poison. Its lower body was long with a dragon’s tail, and its head and back were covered with snakes. He lifted his three heads and growled, and the echoes were like thunder. He held the three heads between his legs and put his arms around the dog’s neck to prevent it from escaping. But the dog’s tail, which was a living dragon, tried to whip him and bite him. Qi Hercules still tightly dog neck, finally subdued the dogs… You can have a look at this Hercules battle with Cerberus sculpture. Aongking also has more Greek figure sculptures for you to choose from. 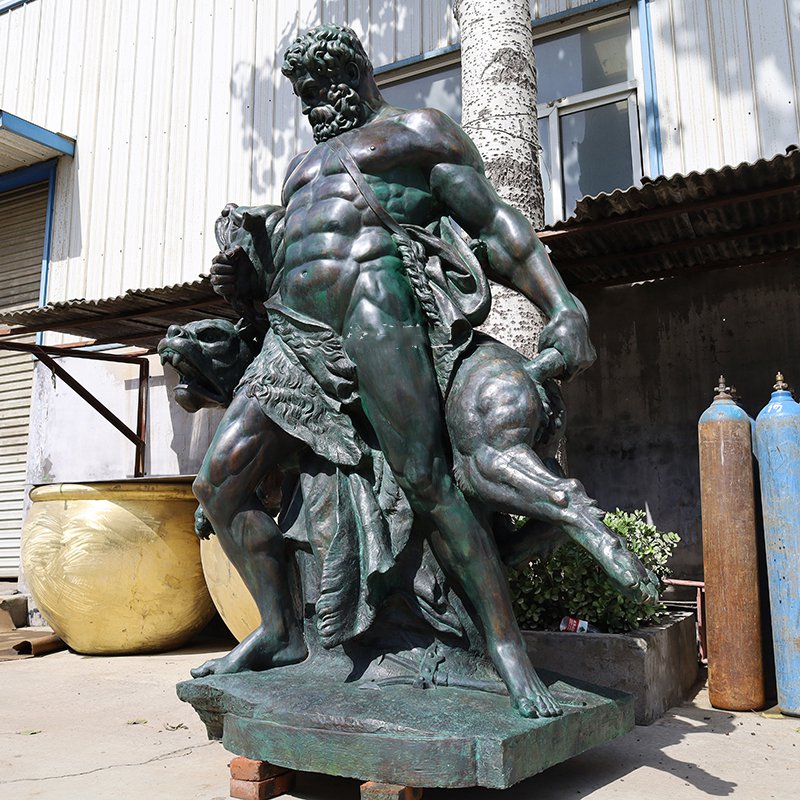 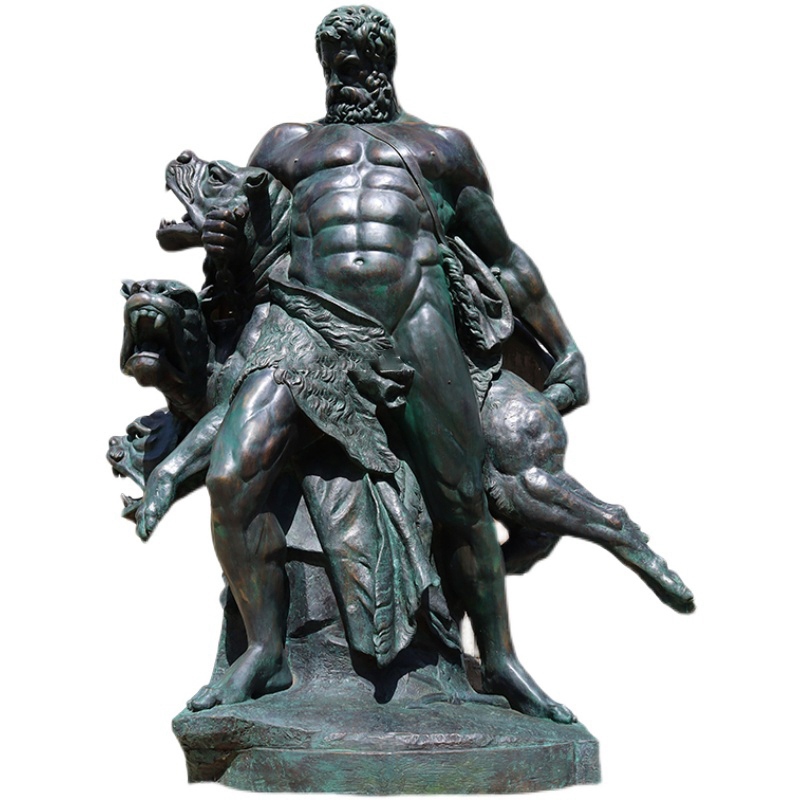 There are many mythological stories in ancient Greece, and many people are very interested in Greek mythological stories. Hercules, the hero of Greek mythology, is well known. He was born with great strength. Many people are full of love for this hero. Take a look at this Hercules battle with Cerberus sculpture, this is the famous story of Hercules fighting the three-headed dog. He was engaged in a fierce struggle against the monster. This famous Hercules battle with Cerberus sculpture is perfect for outdoor. 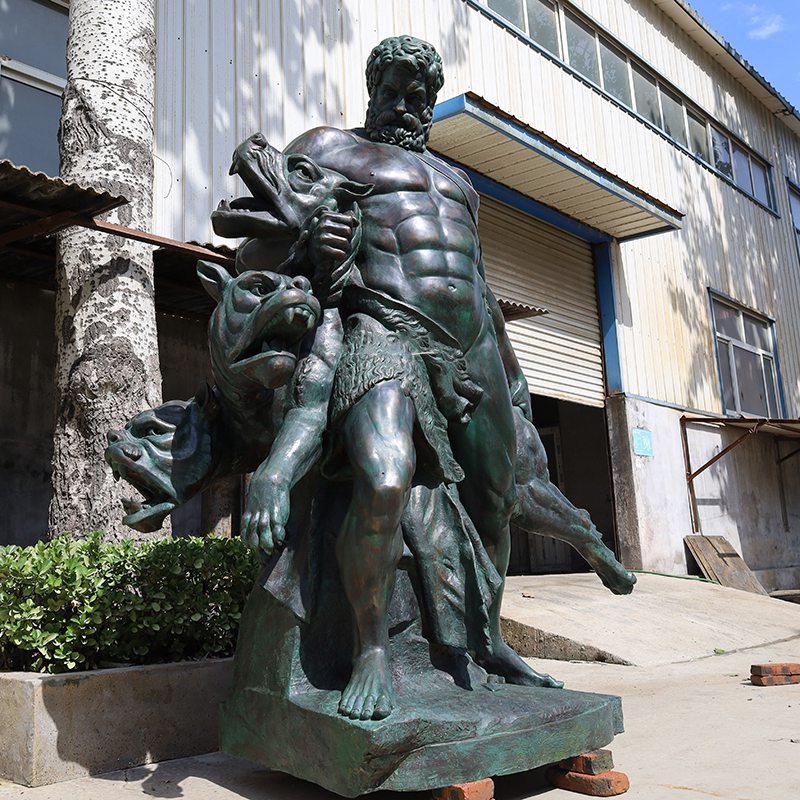 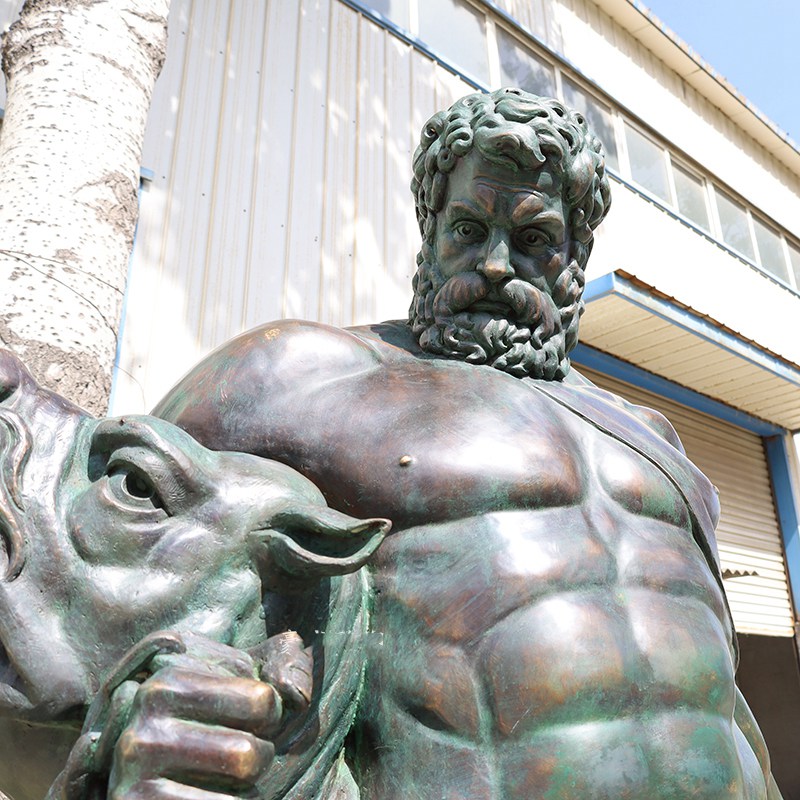