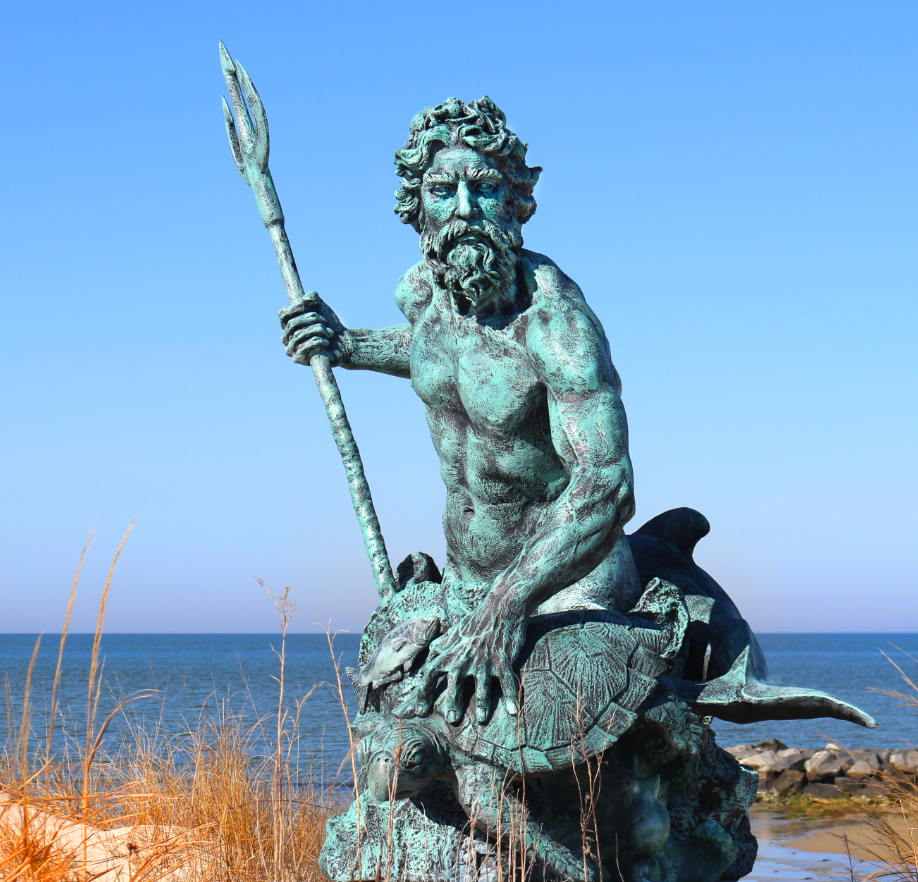 The mythological background of Poseidon sculpture:

Poseidon, is the god of the sea in ancient Greek mythology, one of the twelve gods of Olympus. He is also the god in charge of horses. Legend has it that he gave mankind the first horse. The amount of Poseidon sculpture is a golden chariot driven by a white horse. He is the brother of Zeus and Hades. When Poseidon is angry, sea monsters will appear in the sea. When he wields a trident, he can not only easily set off huge waves, trigger storms and tsunamis to sink the continent and break the world, but also smash everything to pieces, and even cause big waves. earthquake. When his chariot is galloping across the ocean, the waves will become calmer and dolphins will follow. Therefore, Greek seamen and fishermen near the Aegean Sea adore him extremely. The temples of Poseidon sculpture are mostly built on the promontory and the strait. The animals that contributed to him include horses, dolphins, and bulls. The pine tree is his holy tree. 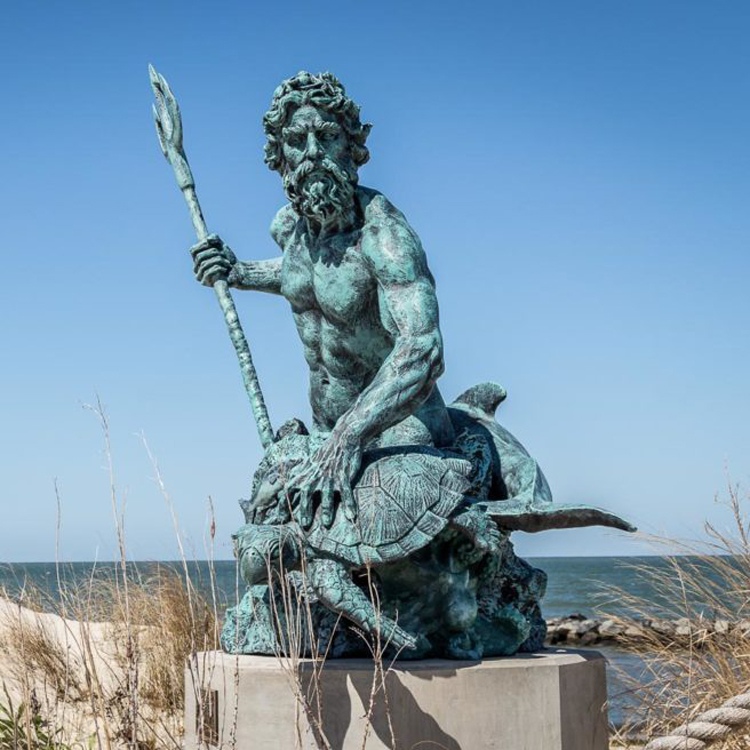 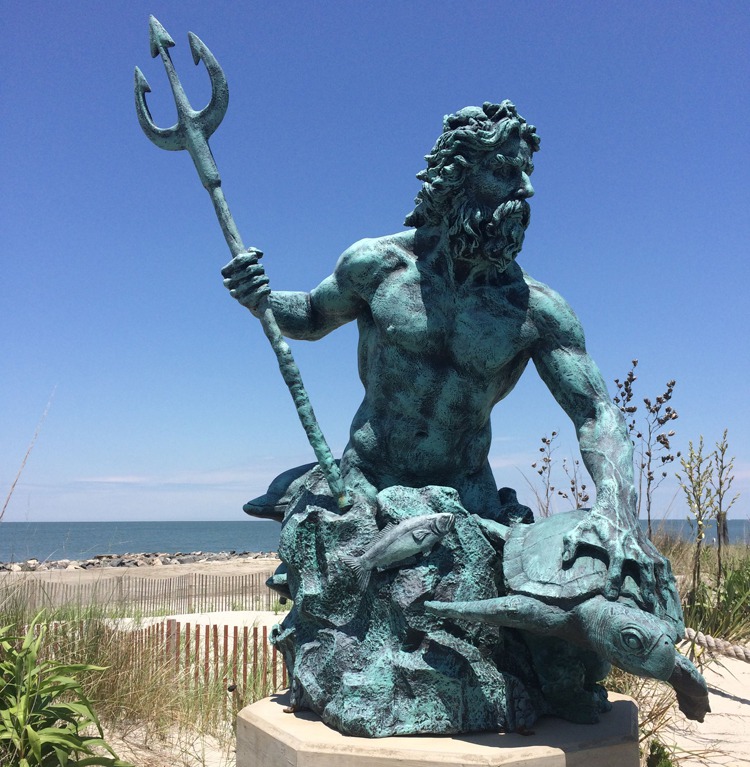 Poseidon Sculptures of mythology figures in the classical period:

Winkelman believed that the ancient Greek art style was “noble simplicity and quiet greatness”. The classical period, as the heyday of Greek sculpture, further demonstrated the artistic charm of human nature. The creative style is people-oriented, the pursuit of individuality, and the same nature as gods and humans. The artistic characteristic of sculpture in the classical period is to value humanity, pursue the beauty of commonality, embody the overall humanity, establish ideal humanity on the basis of collective consciousness, and represent the beauty of ideals. Protagoras put forward that “people are the yardstick of all things” and endow them with supreme status. The main objects of expression in the art field are heroes, athletes, and sculptures of gods such as Poseidon’s sculpture. Their common feature is that they have very fit bodies, so ancient Greece admired the masculine beauty of men very much. Relatively speaking, the status of women was marginalized in ancient Greek art. Most of the sculptures are male figures, as well as mythological figures such as the mythology Poseidon sculpture. Ten percent of female statues appear in the form of pillars to support buildings. 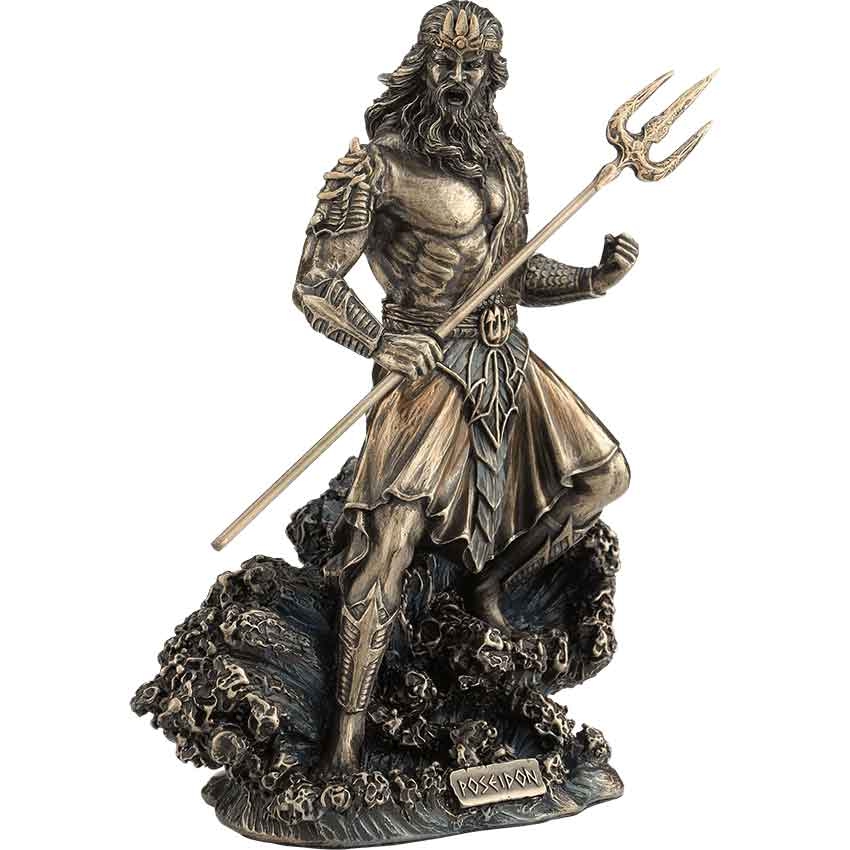 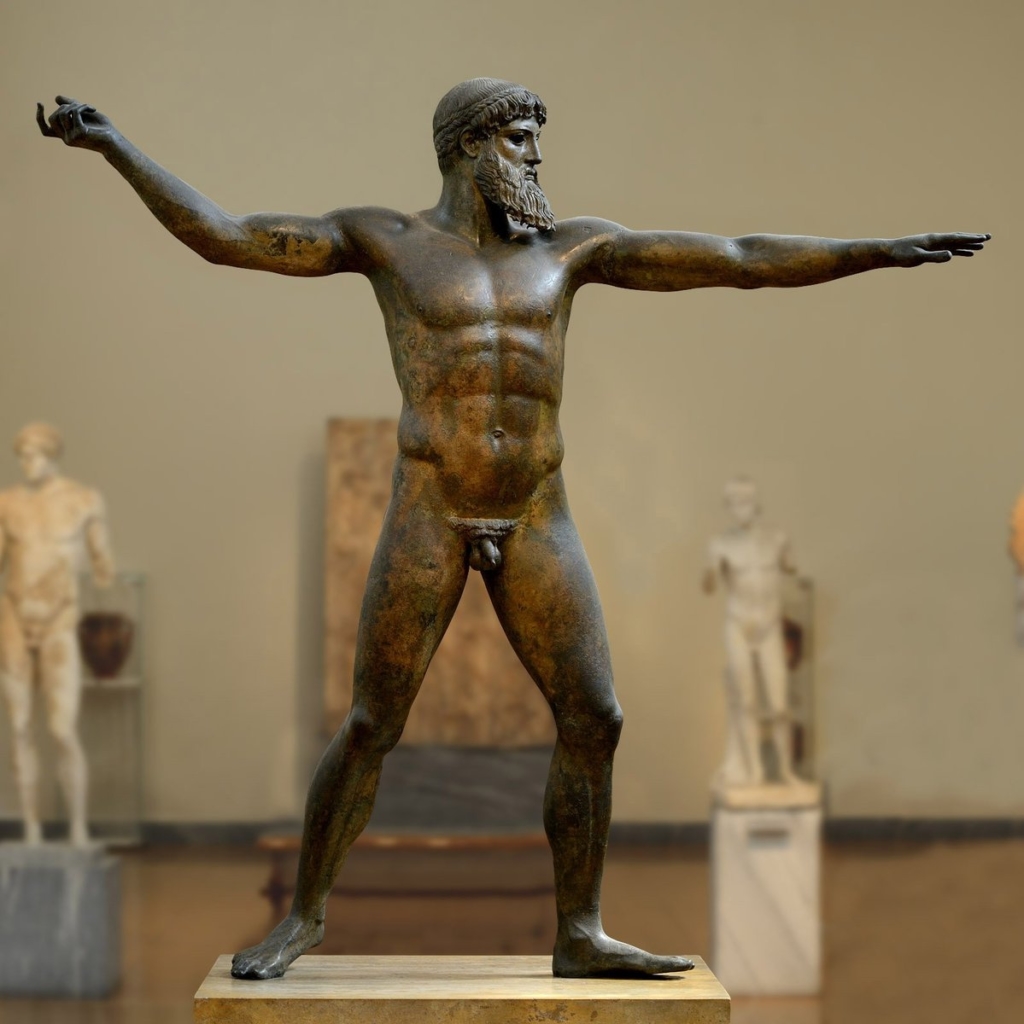