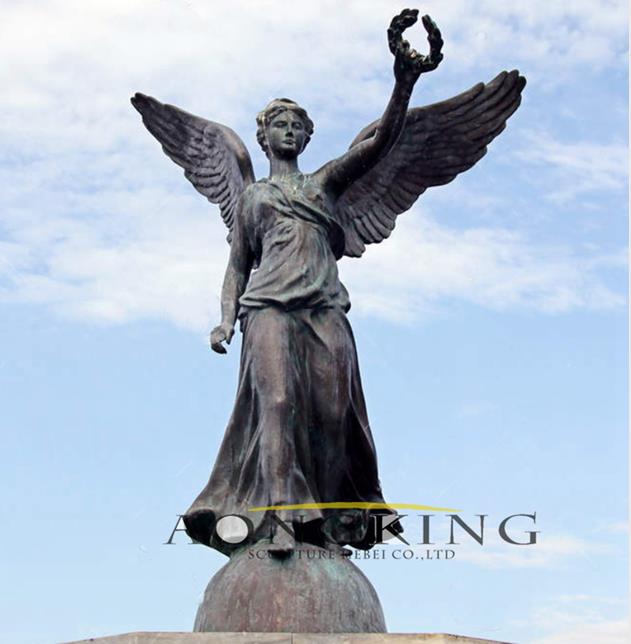 NIKE is the winged goddess of victory – victory in war and peaceful competition. When Zeus summoned his allies at the beginning of the Titanic War, Styx took her four children, Nike (Victory), Zelos (Competition), Kratos (Kratos Power) and Biya (Force), to serve God. Nike was appointed as his chariot, and the four of them became sentries on the throne of Zeus. Nike is portrayed in ancient Greek sculpture as having many attributes, including the wreath or belt that crowns the winner, the oinochoe and phiale for libations, the incense burner, the altar and the harp to celebrate victory in songs. In the scene of the giant war, she appears as the chariot of Zeus. In mosaic art and coins, Nike often holds palm branches as a symbol of victory. Nike is closely related to the goddess Athena, and sometimes it is just an attribute of the goddess. Nike sometimes multiplies a lot of Nikai. Nowadays, the goddess figure sculpture is popular with many people. Have a look at this Greek mythology Victory Goddess Nike sculpture. This Greek mythology Victory Goddess Nike sculpture is perfect for your garden. 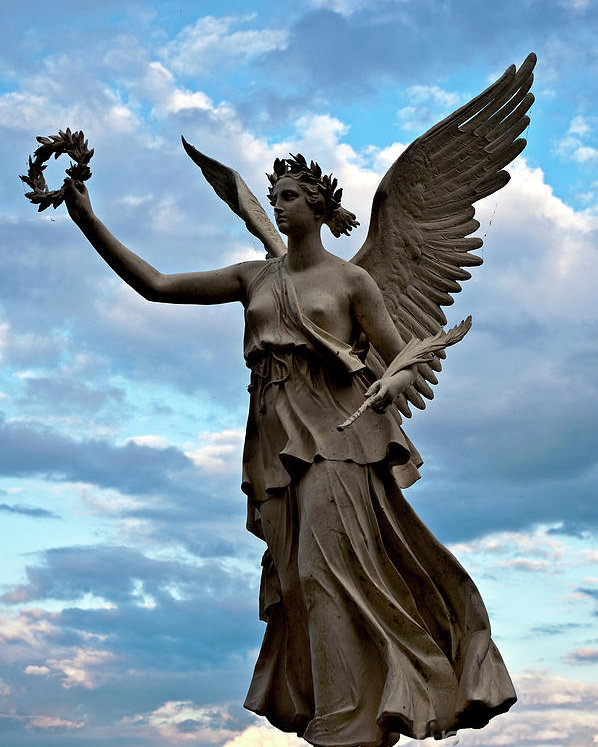 The composition of The winged victory of Samothrace is very successful. The winged corners of the Victory goddess’s back and the spreading wings form an extremely smooth line. The wavy lines of the legs and wings form an obtuse triangle, which strengthens the forward momentum. The artist has shown artistic skills and expressiveness in his works, highly combining realism and romanticism, as if giving the metal bronze the vitality of life. The concept of The winged victory in Samothrace bronze sculpture is very novel, and it is an outstanding concept of integrating art and nature. The base is designed like the bow of a warship. The goddess of victory is like falling from the sky, guiding the fleet to the front by wind and waves. This is a manifestation of the development of the dynamic and static balance to the peak, which not only shows the background of a naval battle but also Conveyed the theme of victory. The dress of the goddess blown by the sea breeze is close to the body, expressing the perfection of the female human body, while the dense, dense, vivid, and smooth movement of the dress constitutes a leap of life. The upper body of the goddess of victory leaned forward slightly. The sturdy, plump, graceful body, and the high-flying majestic and huge wings fully embodied the victor’s majestic posture and passion for triumph. The sea breeze seems to be blowing from her front, the thin clothes faintly reveal the goddess’s plump and elastic body, and the texture of the dress and the carvings of the pleats are breathtaking. The Greek mythology Victory Goddess Nike sculpture perfectly embodies women. The vigorous vitality contained in the flesh gives it noble, elegant, and majestic beauty. Aongking also has more Greek sculptures for you to choose from. 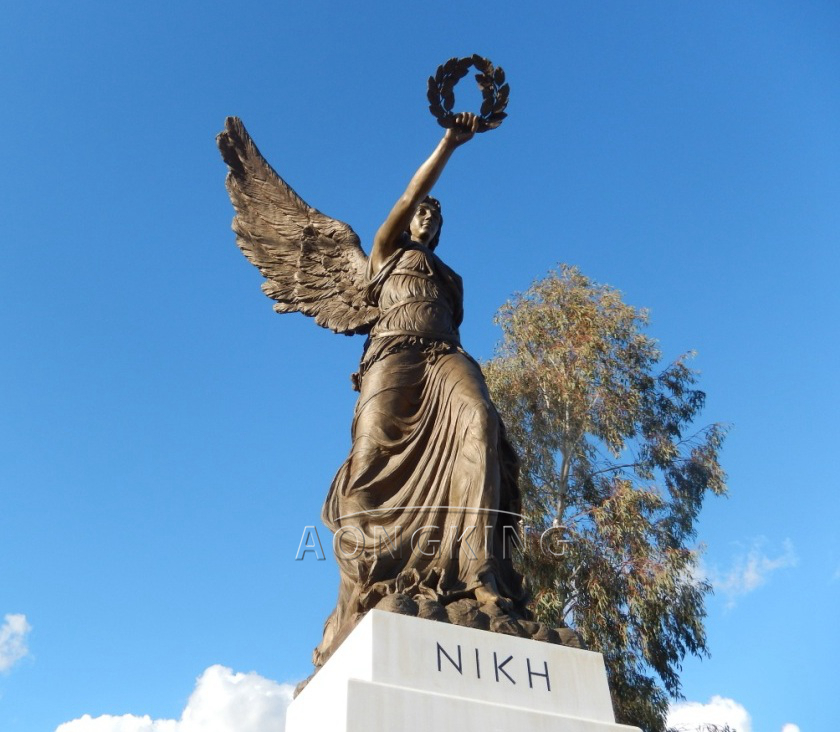