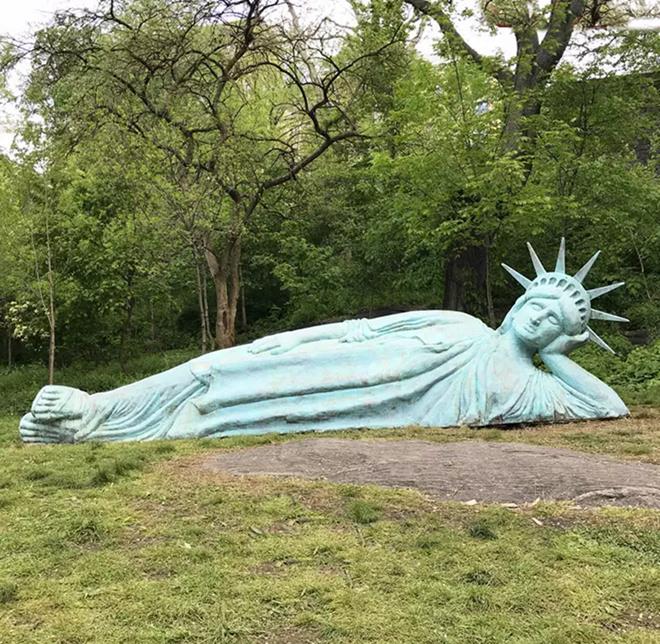 The Statue of Liberty was a gift from the French government to the United States in honor of the alliance between the United States and France during the American Revolution. Bartholdi once made a model of the Statue of Liberty. To show what the sculpture will look like when it’s finished. The statue was assembled in France before being shipped to the United States. But Bartholdi didn’t just invent the image of Liberty. Then there is the story of an indomitable republican one day after Louis Napoleon Bonaparte’s coup in 1851 overthrew the Second Republic. An indefatigable Republican girl, to be exact, leaping over obstacles with a flaming torch and Shouting to the Bonaparte at the end of the street! Shots rang out… The girl fell in a pool of blood… Bartholdi listened to this fact for a long time. Since then, the brave girl carrying the torch has become the symbol of freedom in the mind of the Master. That is to say, Bartholdi, who is free at heart, was inspired by this girl to create this image! This dignified and brave image of the goddess! Have a look at this giant Liberty lying in the park sculpture. Let you see the different Statue of Liberty.

The Statue of Liberty is a huge neoclassical sculpture

The Statue of Liberty is a huge neoclassical sculpture. It now stands on a small island called Liberty Island in the harbor of New York. The statue was designed by the French sculptor Frederic Auguste Bartholdi. It is a gift from the people of France to the people of America. Its metal frame was built by Gustave Eiffel. The statue was completed on October 28, 1886. We have many statues of the Statue of Liberty here, and we can also customize sculptures of the Liberty woman head marble statue for you. The giant Liberty lying in the park is the statue of Libertas, the looted Roman goddess of liberty. She held the torch above her head with her right hand, while with her left she used Roman numerals titled July IV MDCCLXXVI. This is the date when the United States Declaration of Independence was drafted. You can take a look at our Liberty woman head marble statue. Our sculptures are very realistic. Putting the giant Liberty lying in the park sculpture in a public place would make a great symbol. In addition to the Liberty woman head marble statue, Aongking has many other figure statues you can choose from. If you are interested in it, welcome to contact Aongking. 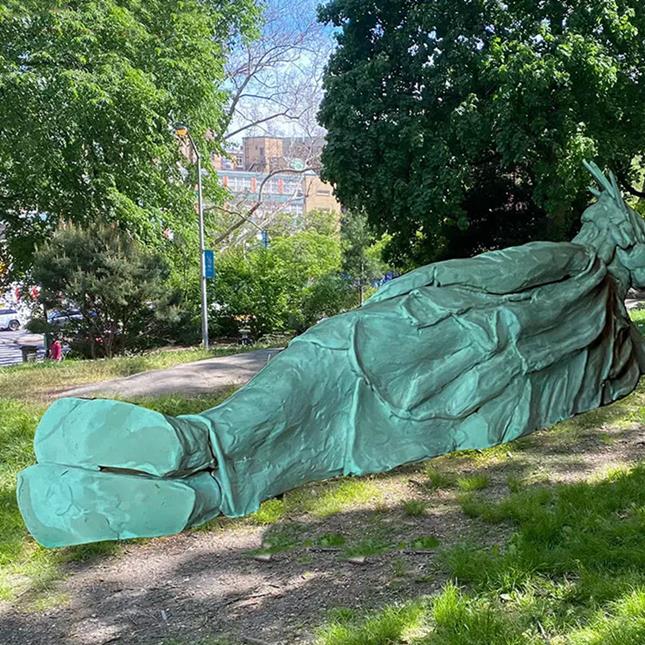