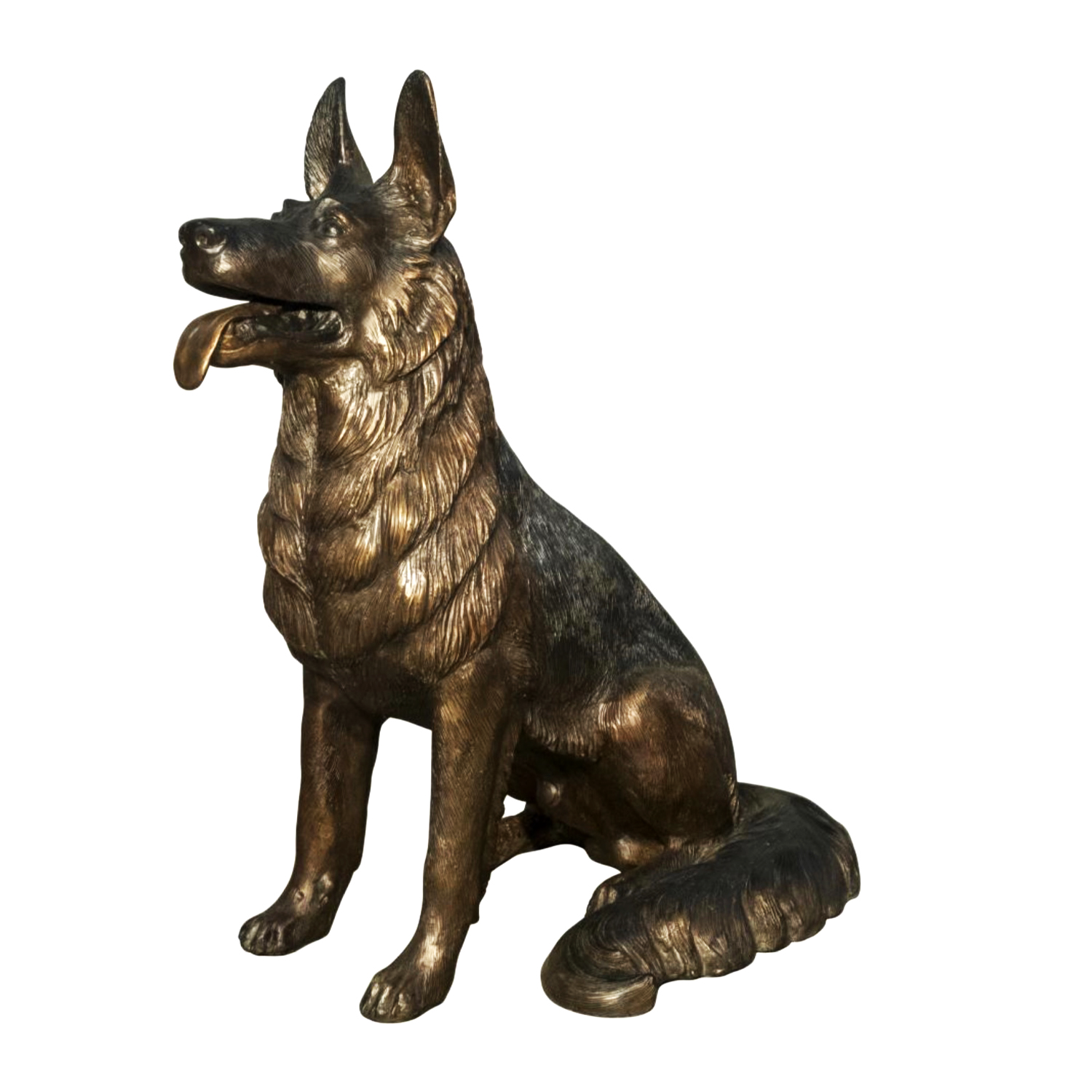 German Shepherd, divided into working and show lines. The two are very different in character, and the display department pays more attention to their appearance. As the name implies, the German Shepherd pays more attention to its work. The colors are Taiji, Wolf gray, black, and other common European military and police systems. The Chinese military and police have also been put into use in recent years. The German Shepherd dog has developed all over the world but has always maintained an objective and fair attitude towards breeding. In recent years, a kind of big-head German Shepherd, commonly known as “hammer”, has emerged in some areas of China. It is made by crossing Saint Bernard dogs and German Shepherds. In fact, this behavior is extremely irresponsible and unethical. Today, the German Shepherd statue outdoor decor is also very popular. 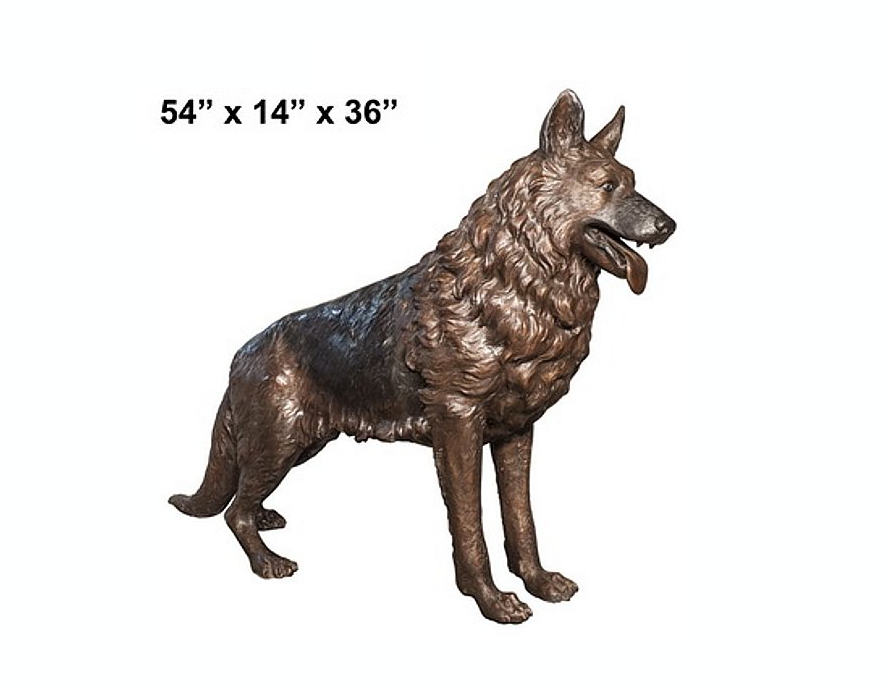 After World War I, large numbers of German Shepherds were introduced to Britain and quickly exported around the world. The German Shepherd has become one of the most widely distributed and popular dog breeds. But it’s the Germans who love their shepherds the most, and there are about 500,000 of them in Germany. 90% of them are raised by families, and these dogs become good companions and guardians of the residents. The remaining 10 percent are trained by police, customs, and aid organizations. However, sheepdogs also have a history of being used in wars. During World War I, German Shepherds were sent to fight on the front lines. In World War II, Hitler ordered his army to recruit 200,000 herding dogs, highly trained German shepherds to be victims of explosives, and guard dogs in Nazi concentration camps. Later, after the Berlin Wall was built, it served as the guardian of the border between East and West Germany. If you have a German Shepherd at home, you can buy our German Shepherd statue outdoor decor and let them become good friends. Or we can customize any sculpture you want. 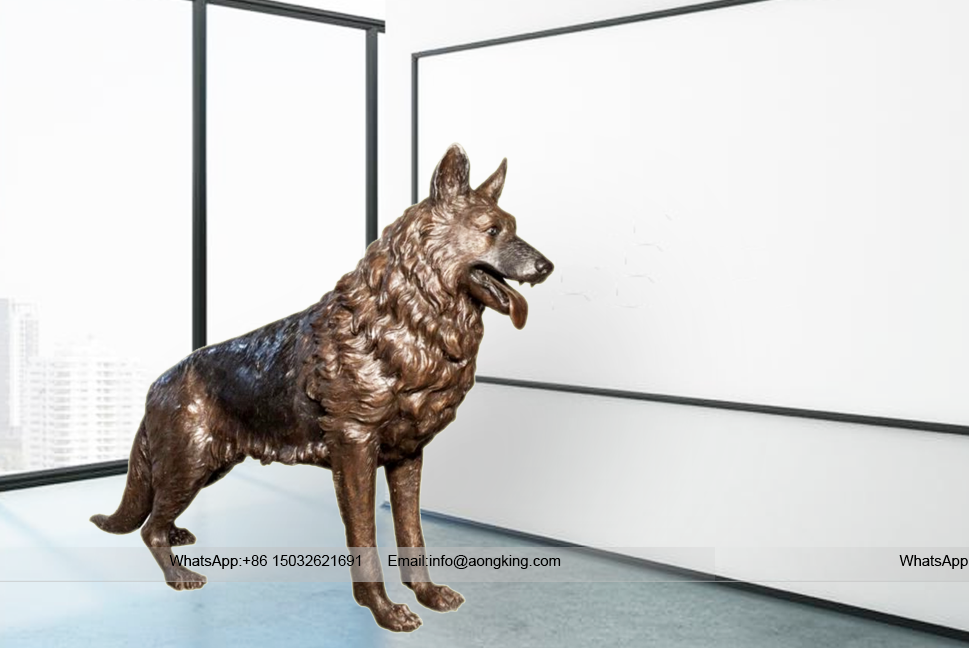