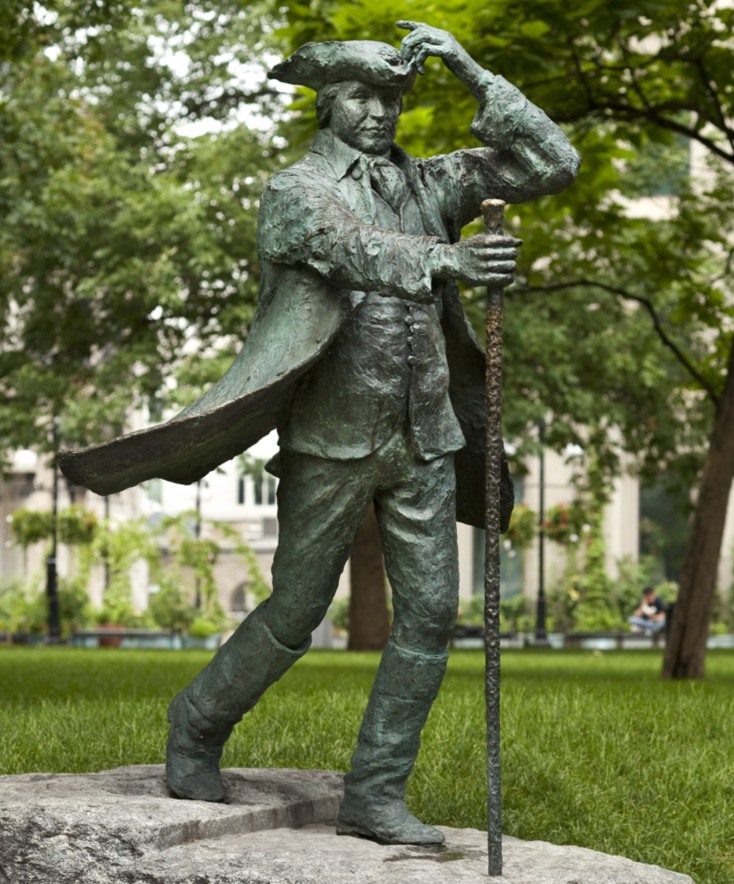 Famous university statues should not only master a certain group environment but also understand the subtle influence of design ideas, attitudes, emotions, and values of a specific culture from sculpture works. It should also be well integrated with the surrounding environment. Just like this James McGill statue. James McGill was a Scottish-Canadian businessman and philanthropist best known as the founder of McGill University in Montreal. In 1792 he was elected to the Legislative Assembly of Montreal West of Lower Canada, and in 1793 to the Executive Council of Lower Canada. He was an honorary lieutenant colonel of the 1st Battalion of the Montreal Militia, the precursor to the Canadian Grenadier Guard. He was also a distinguished member of the small group of Château and one of the founding members of the Beaver Club. His summer house is within a golden square mile. James McGill and his fur trading partner John Portes are buried in the old Protestant “Dufferin Square Cemetery”. When the cemetery was uprooted in 1875, his body was reinterred in front of the Arts Building on the McGill University campus. A plaque commemorating his birthplace and the founding of the university is displayed on Stockwell Street (Glasgow), in the basement of Bute Hall, Glasgow University, recognizing the historical links between Glasgow and McGill University, And the McGill Metro Station in Montreal. McGill Primary School in Pollock, Glasgow, is named after James McGill. It is now closed. Some statues of the university’s founder will be placed in the university to remind more students of his contribution. A famous university statue is a very common kind of memorial decoration. Aongking can custom any sculptures for your university. Welcome to contact Aongking. 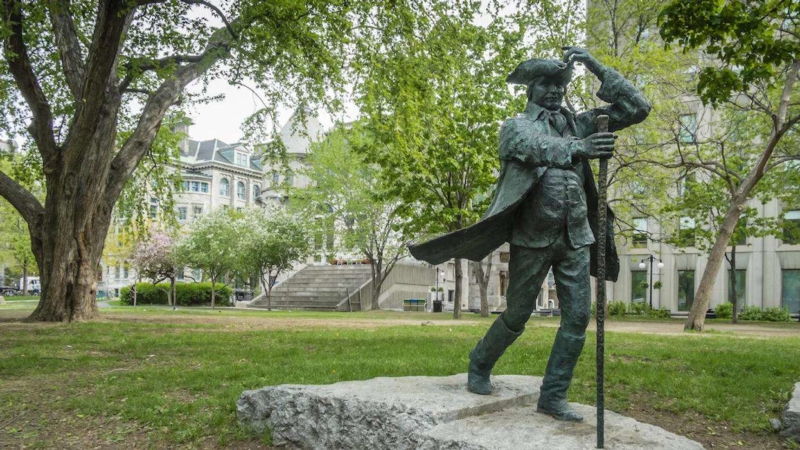 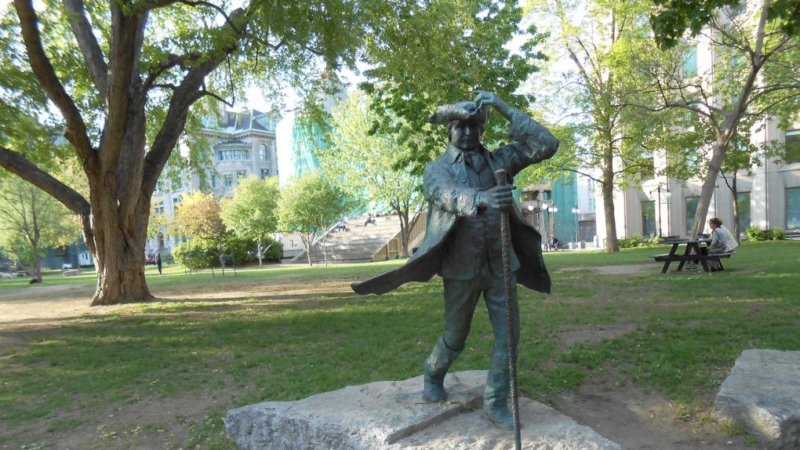