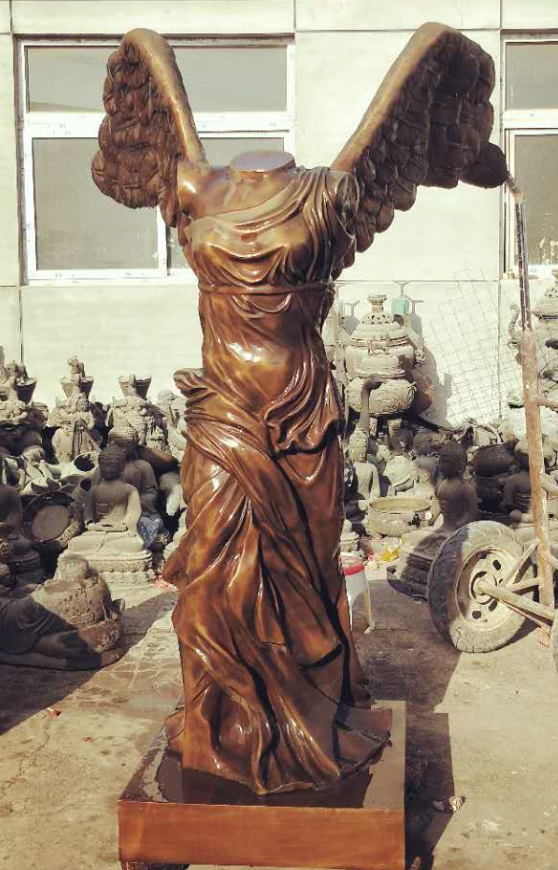 The creative background bronze ancient of The winged victory of Samothrace:

In 334 BC, King Alexander of Macedonia invaded Persia in the east and established a great empire from Greece in the west, to the Indus Valley in the east, to Egypt in the south, and to Central Asia in the north. The influence of Greek culture. In 30 BC, Rome conquered the Ptolemaic dynasty of Egypt. The last frontier of Greek culture. This 300-year art history is called the “Hellenic” period. The Greek art style of this period showed diversified characteristics and gradually declined from the heyday of classicism. Among the native Greek sculptures during this period, two of the most glorious works in ancient Greece appeared one of which was The winged victory of Samothrace. The author of the statue is difficult to verify, and the creation time is not finalized, but most people believe that it was created around 200 BC, and it was the ruler of Asia Minor, Demetrios I, to commemorate his defeat of the Ptolemaic Kingdom in the naval battle. Created by the fleet. As for the author of the statute, it is difficult to verify, and historical records are also lacking in records. It is speculated from the style that some people think was made by the disciples of Lysips. From the overall momentum of the work. The visual effect of the winged victory of Samothrace is extremely impactful and full of strong expressive power. Whether viewed from the front or the side, the curves of the limbs and clothes patterns of the goddess of victory all have a forward and upward movement rhythm, which vividly creates an uncontrollable and wonderful sense of rising. 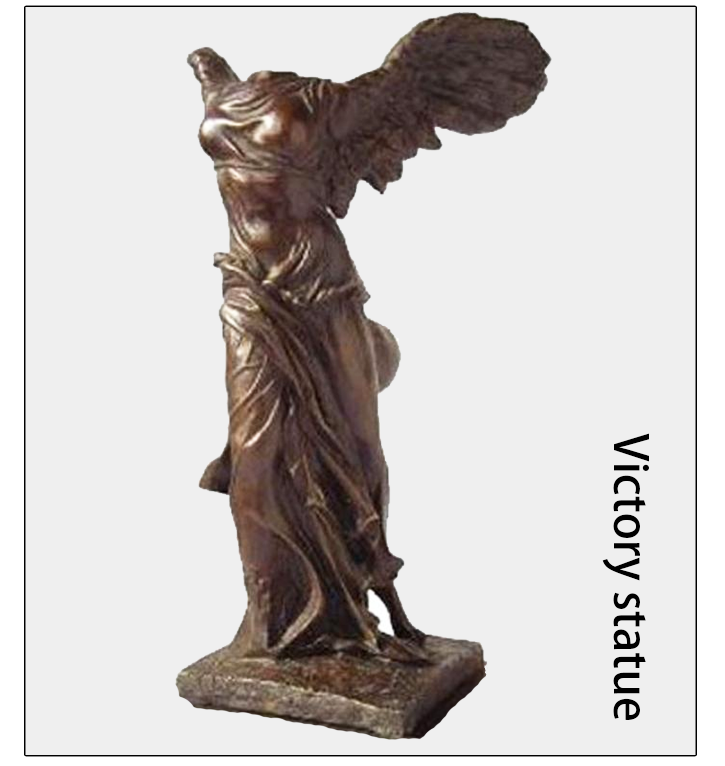 The image and composition of The winged victory of Samothrace:

The composition of The winged victory of Samothrace is very successful. The winged corners of the Victory goddess’s back and the spreading wings form an extremely smooth line. The wavy lines of the legs and wings form an obtuse triangle, which strengthens the forward momentum. The artist has shown artistic skills and expressiveness in his works, highly combining realism and romanticism, as if giving the metal bronze the vitality of life. The concept of The winged victory in Samothrace bronze sculpture is very novel, and it is an outstanding concept of integrating art and nature. The base is designed like the bow of a warship. The goddess of victory is like falling from the sky, guiding the fleet to the front by wind and waves. This is a manifestation of the development of the dynamic and static balance to the peak, which not only shows the background of a naval battle but also Conveyed the theme of victory. The dress of the goddess blown by the sea breeze is close to the body, expressing the perfection of the female human body, while the dense, dense, vivid, and smooth movement of the dress constitutes a leap of life. The upper body of the goddess of victory leaned forward slightly. The sturdy, plump, graceful body, and the high-flying majestic and huge wings fully embodied the victor’s majestic posture and passion for triumph. The sea breeze seems to be blowing from her front, the thin clothes faintly reveal the goddess’s plump and elastic body, and the texture of the dress and the carvings of the pleats are breathtaking. The winged victory of Samothrace perfectly embodies women. The vigorous vitality contained in the flesh gives it noble, elegant, and majestic beauty. 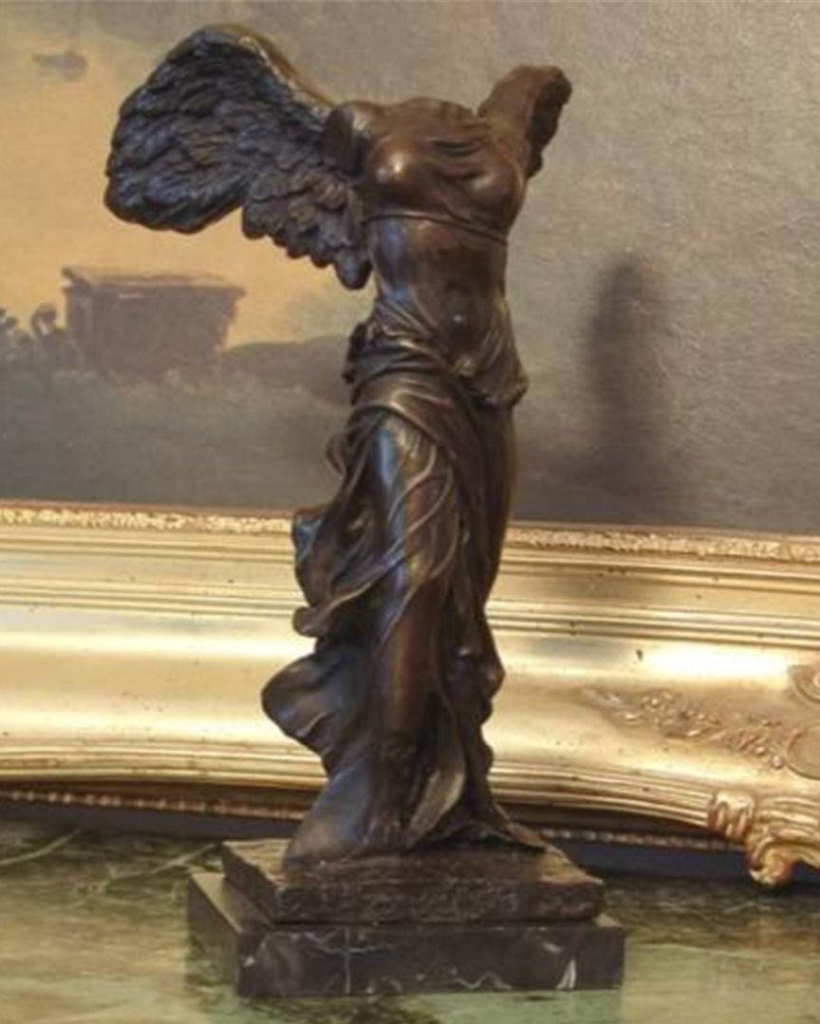 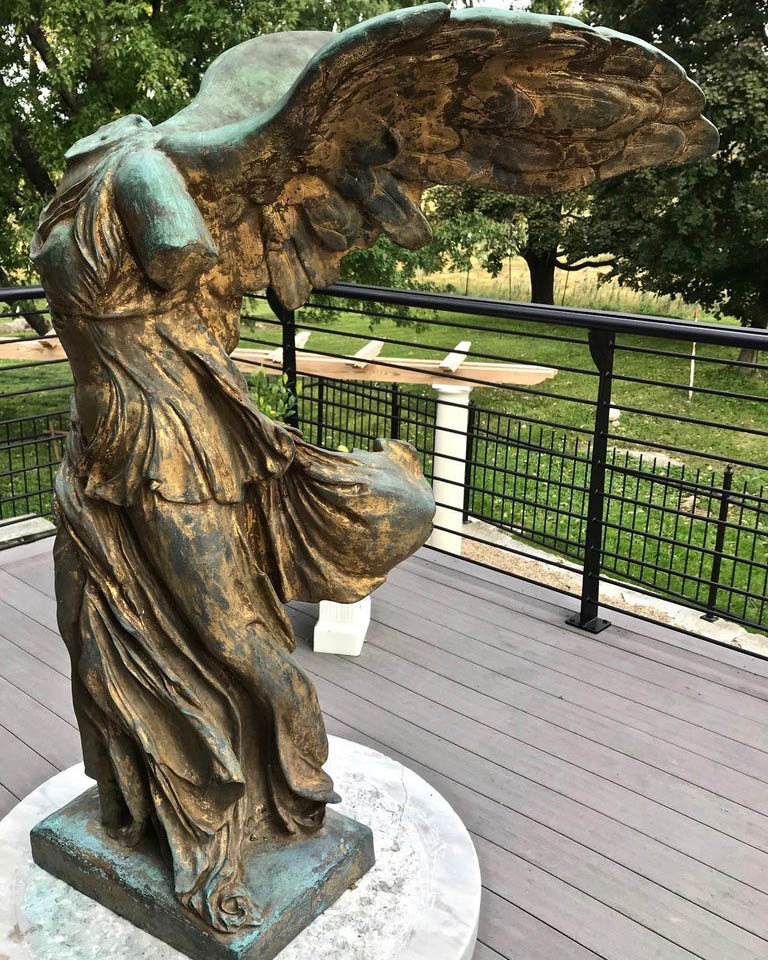