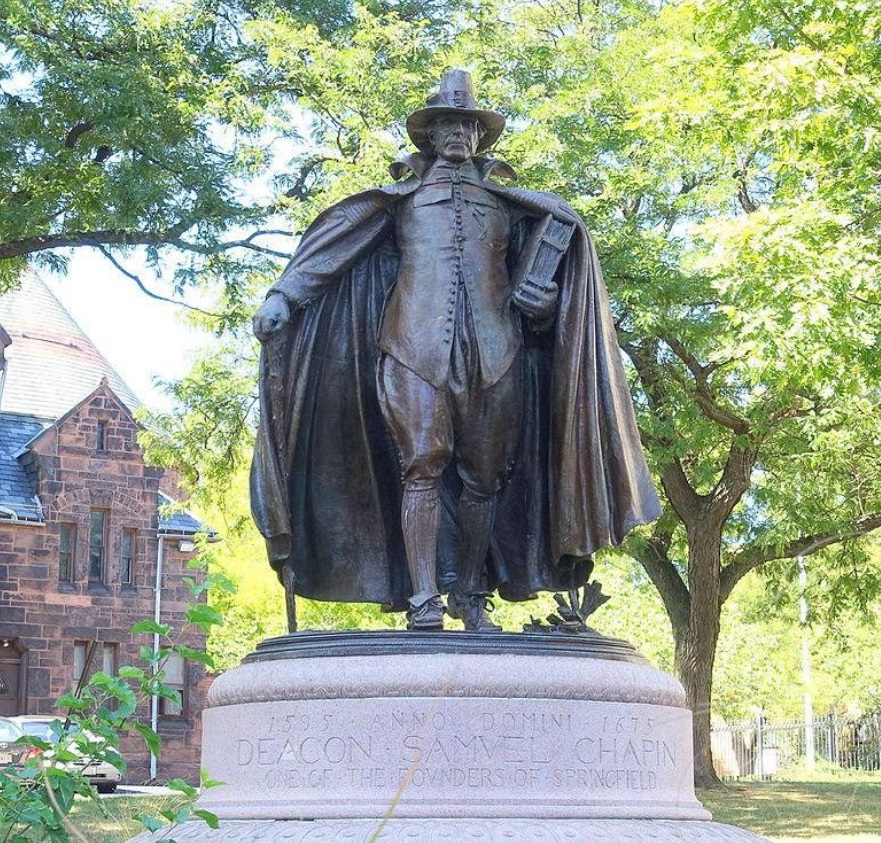 Chapin was born in Paignton, Devon, England, to John Chapin and Philip Easton. His baptism is recorded on October 8, 1598. Between 1630 and 1635, he immigrated to America with Or shortly after William Pynchon and became a full member of John Eliot’s congregation at Roxbury. Chapins lived in Roxbury until the end of 1642, as Japhet was baptized there on October 15 of that year. However, soon after this, they must have moved to Springfield, for we find them there in January 1642/3. On September 26, 1644, Samuel Chapin was elected to a committee of five to deal with the town’s prudential affairs. This prudential committee was actually Springfield’s first selection committee. Selectmen, or Townsmen as they are sometimes called, usually have five people. They were elected at a town meeting by a vote of all the free men of the town and served one-year terms. They resolve disputes, listen to complaints, admit residents, oversee highways, Bridges, fences, finances, etc., and provide overall oversight of all town affairs. Samuel Chapin held the office of Selectman from September 26, 1644, to November 22, 1652. After being sworn in as commissioner, he could no longer serve as Selectman. William Pynchon had to resign as Springfield magistrate in 1651 after the Massachusetts General Court became dissatisfied with his heresy. The post was succeeded by his son-in-law Henry Smith, but in the summer of 1652 Pynchon and Smith left for England, and in October 1652, Chapin, Pynchon’s son John, and another Pynchon’s son-in-law Elizur Holyoke were appointed mayor. They have full power and authority over the residents of Springfield. To hear and decide all civil and criminal cases and crimes, and to impose all penalties not exceeding life, limb, or exile, to swear for the police, and to examine sworn witnesses… Take a look at this Deacon Samuel Chapin sculpture, if you are interested in it, welcome to contact Aongking, we can customize any sculpture for you. 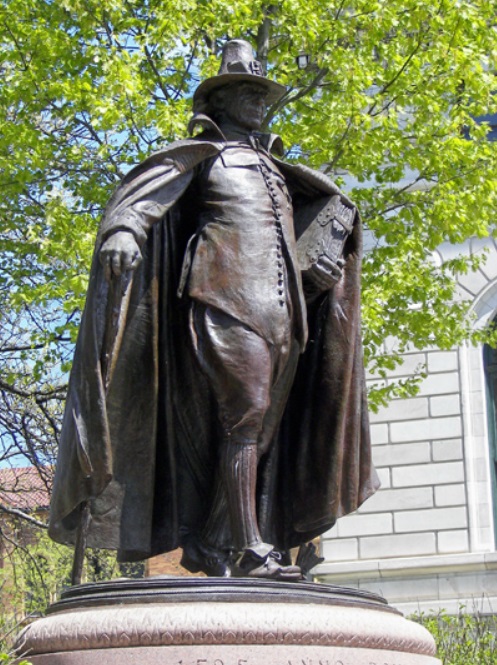 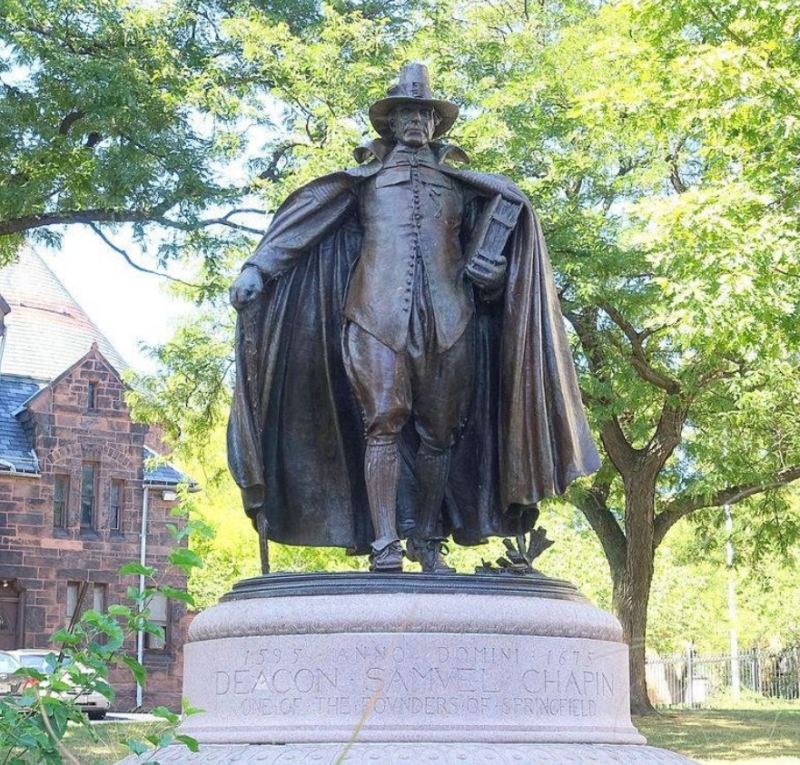