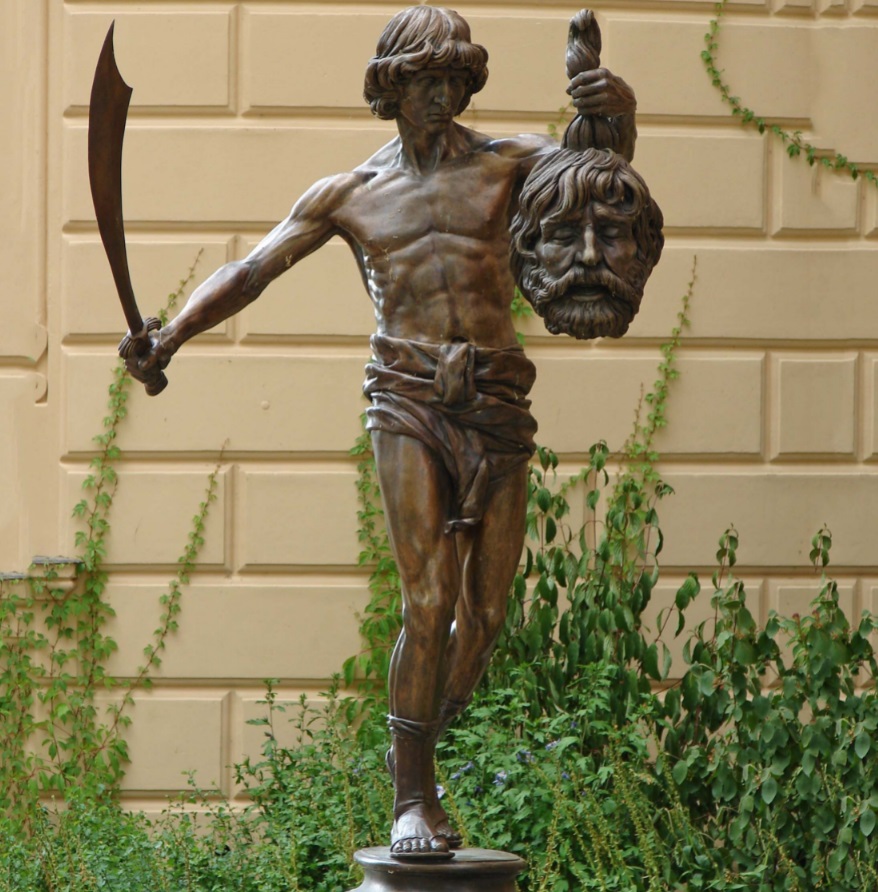 The phrase “David and Goliath” has a more popular meaning. Denotes an underdog situation, a match in which a smaller, weaker opponent faces a larger, more powerful opponent. Saul and the men of Israel faced the Philistines in the valley of Elah. Twice a day for 40 days, morning and night, Goliath, the Philistine champion, emerged from the line and challenged the Israelites to send their own champion to decide the outcome of the solo battle, but Saul was afraid. David accepted the challenge. Saul reluctantly agrees and offers his armor, but David refuses, taking only his cane, a sling, and five stones from a stream. David and Goliath fought each other, Goliath with his armor and javelin, David with his staff and sling. “The Philistines cursed David with their gods,” but David replied, “Today the Lord will deliver you into my hand, and I will strike you down. Today I will give the corpses of the great Philistine army to the birds of the air and the beasts of the earth. So that all the earth may know that there is a God in Israel, so that all this assembly may know that God is not coming to salvation with swords and spears. For war is God’s, and he will deliver you into our hands.” David throws a stone from his sling and hits Goliath in the middle of his forehead. Goliath falls facedown and David cuts off his head. The Philistines fled and were pursued by Israel “as far as Gath and the gates of Ekron”. David put goliath’s armor in his tent and took his head to Jerusalem, where Saul sent Abner to bring the boy to him. When the king asked whose son he was, David replied, “I am the son of your servant Jesse of Bethlehem…” If you are interested in this David and Goliath sculpture, welcome to contact Aongking. Aongking also has more ancient sculptures for you to choose from. 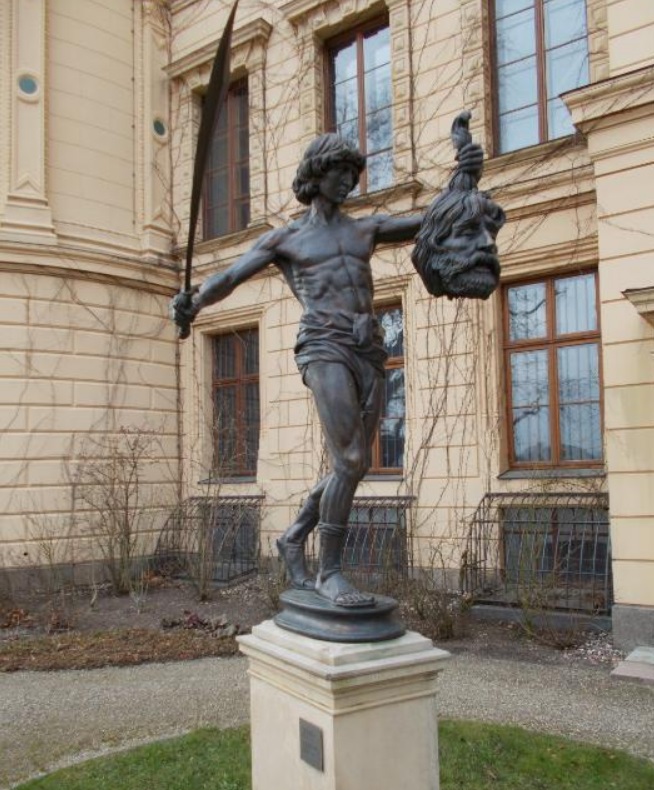 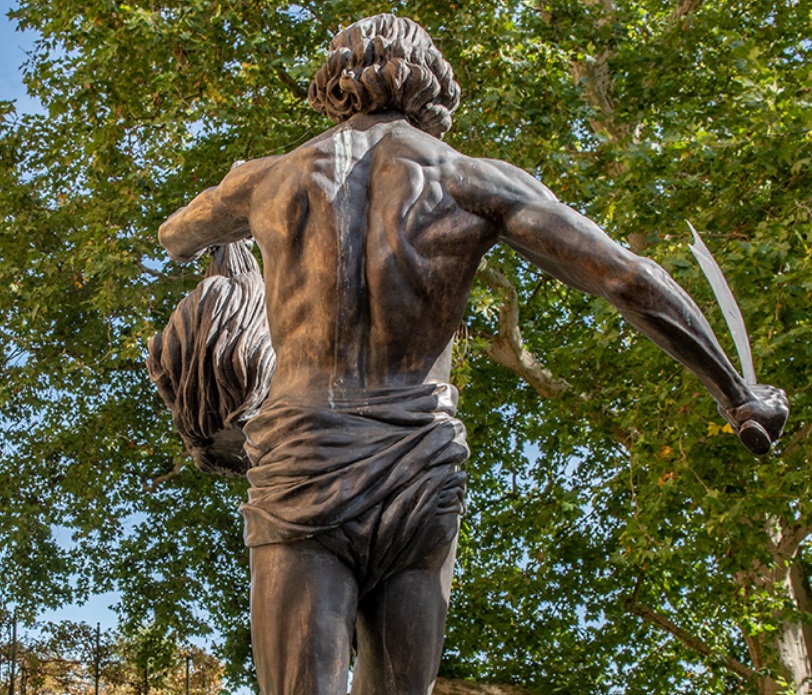 Take a look at this David and Goliath sculpture. David was holding a knife in his right hand and a man’s head in his left. This is a character from the Biblical book of Samuel, described as a Philistine giant defeated in a single battle by the young David. This story shows that Saul was unfit to rule because Saul himself was supposed to fight for Israel. Scholars today believe that the original listing of the Goliath killer was Jair’s son Elhanan and that the author of the Deuteronomic history changed the text to attribute victory to a more famous figure, David. This David and Goliath sculpture are perfect for the public square. 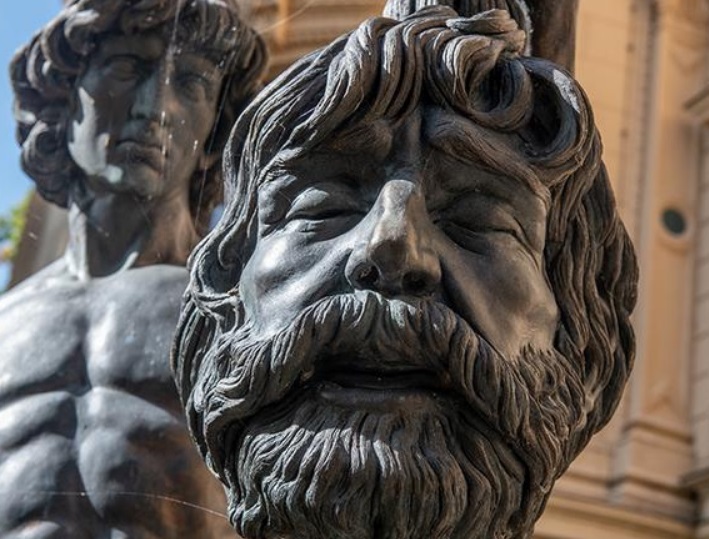