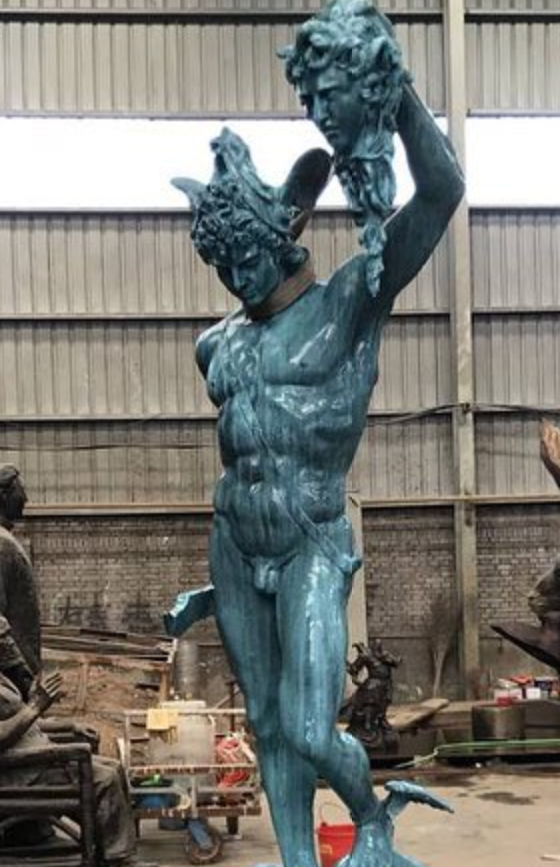 Take a look at our David and Goliath statue. Perseus was a hero in Greek mythology, the son of Zeus. When Acrisius, king of Argos, heard from the gods that his daughter Danae would be killed by her son, he imprisoned her in a bronze tower. Zeus turned into a rain of gold to meet Danas and gave birth to Perseus. Polydectes fell in love with Perseus’ beautiful mother Danae. At a banquet given by Polydectes, Borseus offers a gift to Polydectes, who in turn maliciously demands the head of The Gorgonian Medusa. The brave young man was ambitious and determined to cut off the head of medusa. Medusa was a gorgon in ancient Greek mythology. The virgin goddess Athena punished Medusa for not being chaste. She turned medusa’s beautiful hair into rows of poisonous snakes and placed a curse on any man who looked into medusa’s eyes, he would immediately turn to stone. But Perseus decided to take off medusa’s head.

Perseus succeeded in cutting off the head of Medusa

When Perseus was about to set out to find Medusa, a friendly old fisherman by the sea offered to help him and lent him some precious things. The old fisherman was Athena incarnate. She lent Perseus the treasures: a pair of shoes that could fly into the sky, a hat that could be worn to become invisible, and a leather bag that could rescale and stretch so that no beast could bite it. And a diamond sword cut like iron. Athena also lent him her shield. After Perseus found Medusa, he used Athena’s shield to reflect the exact location of Medusa. He crept up on Medusa from behind. He chopped off her head with his sword, put it in a leather bag, put on his flying shoes, and quickly left. Perseus brought medusa’s head to the island king as a gift. The king of the island did not believe that Perseus had succeeded. He took one look at Medusa’s eyes and instantly became a stone. This is the story of Perseus and Medusa. The statue of Perseus cutting off the head of Medusa is also very popular. Take a look at our David and Goliath statue. We also have many other Greek sculptures. Aongking has many years of experience in casting sculpture. We can also customize any sculpture you want. If you are interested in it, welcome to contact us. 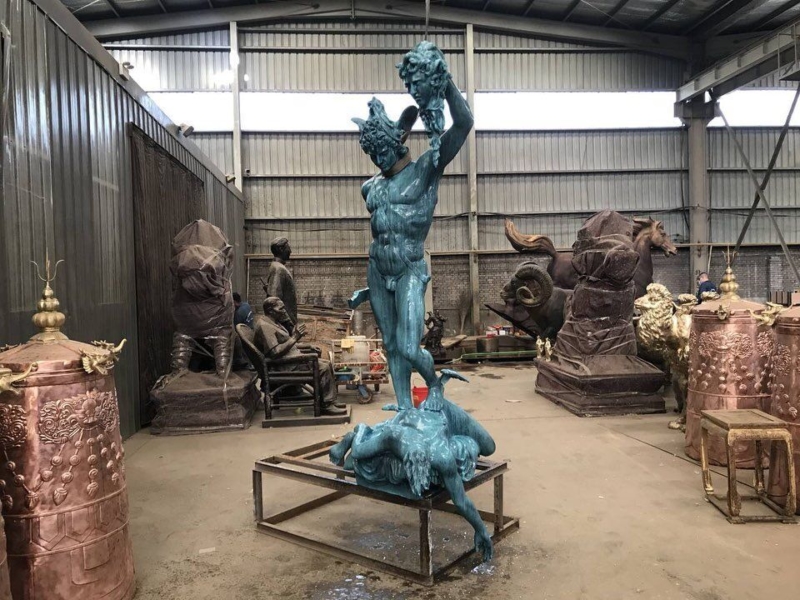 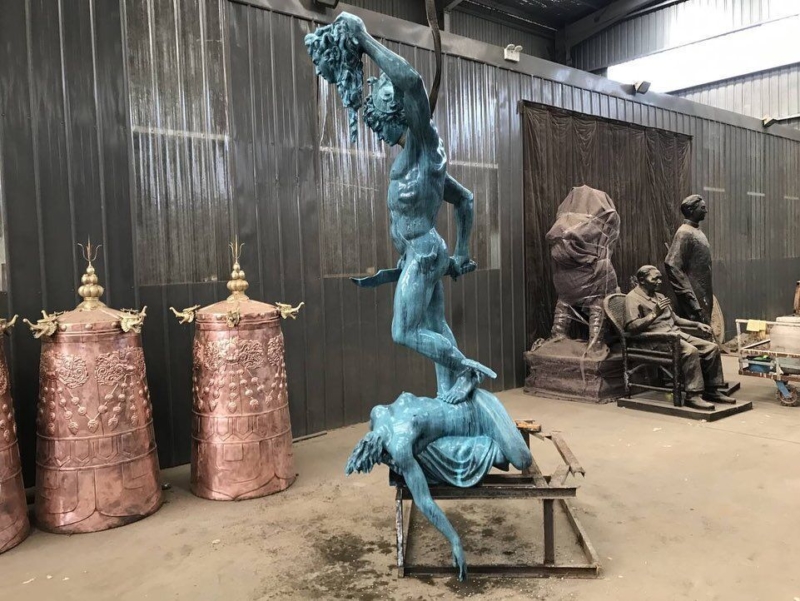