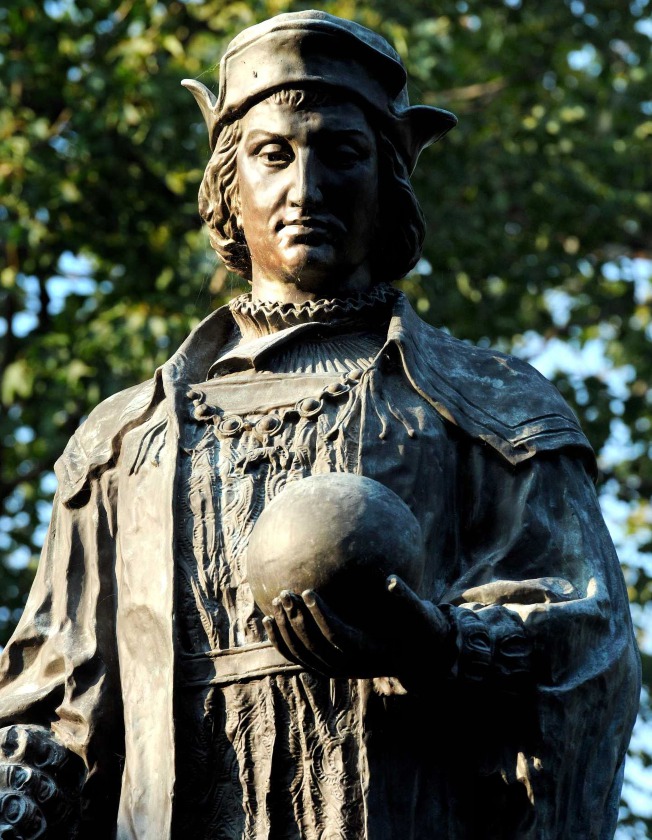 Christopher Columbus was an Italian explorer and navigator. He completed four Spanish-sponsored voyages across the Atlantic. The Catholic monarch of Spain opened the way for extensive European exploration and colonization of the Americas. His expedition was the first known contact between Europe and the Caribbean, Central and South America. Scholars generally agree that Columbus was born in the Republic of Genoa and spoke the Ligurian dialect as his first language. He went to sea when he was very young and traveled widely, as far north as the British Isles and as far south as what is now Ghana. Columbus was largely self-taught, and he was widely read in geography, astronomy, and history. He developed a plan to seek a western sea passage to the East Indies, hoping to profit from the lucrative spice trade. After the War of Granada, Columbus lobbied continuously in various kingdoms, and the Catholic monarchs Isabella I and King Ferdinand II agreed to sponsor a trip to the west. Columbus left Castilla in August 1492 with three ships and landed in the Americas on October 12, ending what is now known as the pre-Columbian period of human settlement in the Americas. His landfall was on an island in the Bahamas known to local residents as Guanahani. He then visited the islands now known as Cuba and Hispaniola, establishing a colony in what is now Haiti. Columbus returned to Castilla in early 1493, bringing with him some captured natives. The news of his voyage soon spread all over Europe. Columbus has made great contributions to human history. His deeds deserve more people to learn. This Christopher Columbus statue is perfect for a museum or a large square. Aongking can custom any figure sculpture for you. If you are interested in it, welcome to contact Aongking. 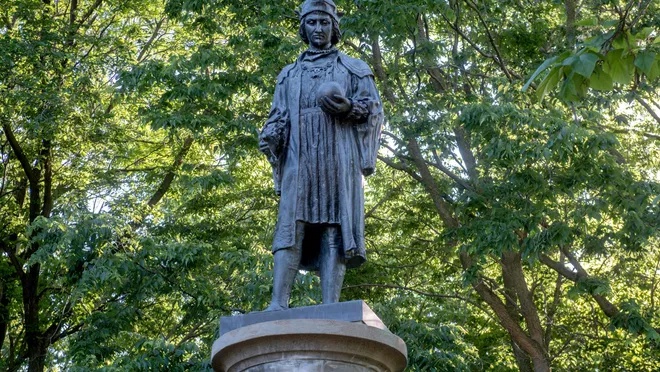