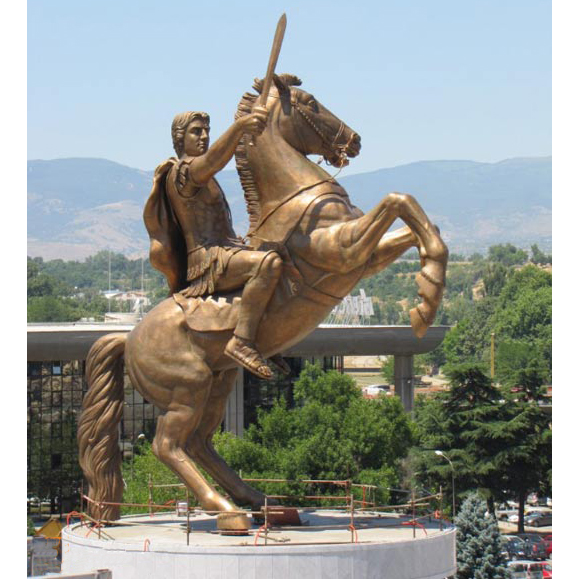 The chivalry is shown by the chevalier sculpture:

The knight is a cultural meaning hidden in the blood of European nations. It represents nobility, spirit, honor, nobility… It is a symbol of the destiny and future of Greek civilization and Hebrew civilization (Christian civilization). In contemporary times, “chivalry” is almost a lost civilization relic, which has lost its light in the past. In many western chevalier sculptures, chevalier sculpture is one of the main types. Western chevalier sculpture uses figures on horseback as a model. Shaping is a combination of figure sculptures and animal sculptures, with strong expressions and mighty boldness. While decorating the environment, it deeply embodies the spirit of a warrior. In Western culture, the knight represents a class. Its original definition is cavalry trained in the Middle Ages in Europe. It is a sacred profession, symbolizing light, responsibility, and self-cultivation. The appearance of knights constitutes the most important part of Western European nations. The spirit of a gentleman. In medieval European literature, the knight was once again beautified as a symbol of justice, representing the struggle between good and evil and winning victory. Therefore, the casting of Western knight sculptures is used for decoration in space and environment. It represents a kind of spirit and has symbolic meanings such as bravery and loyalty. It is the incarnation of a hero, showing the spirit of a warrior, and has profound educational significance. 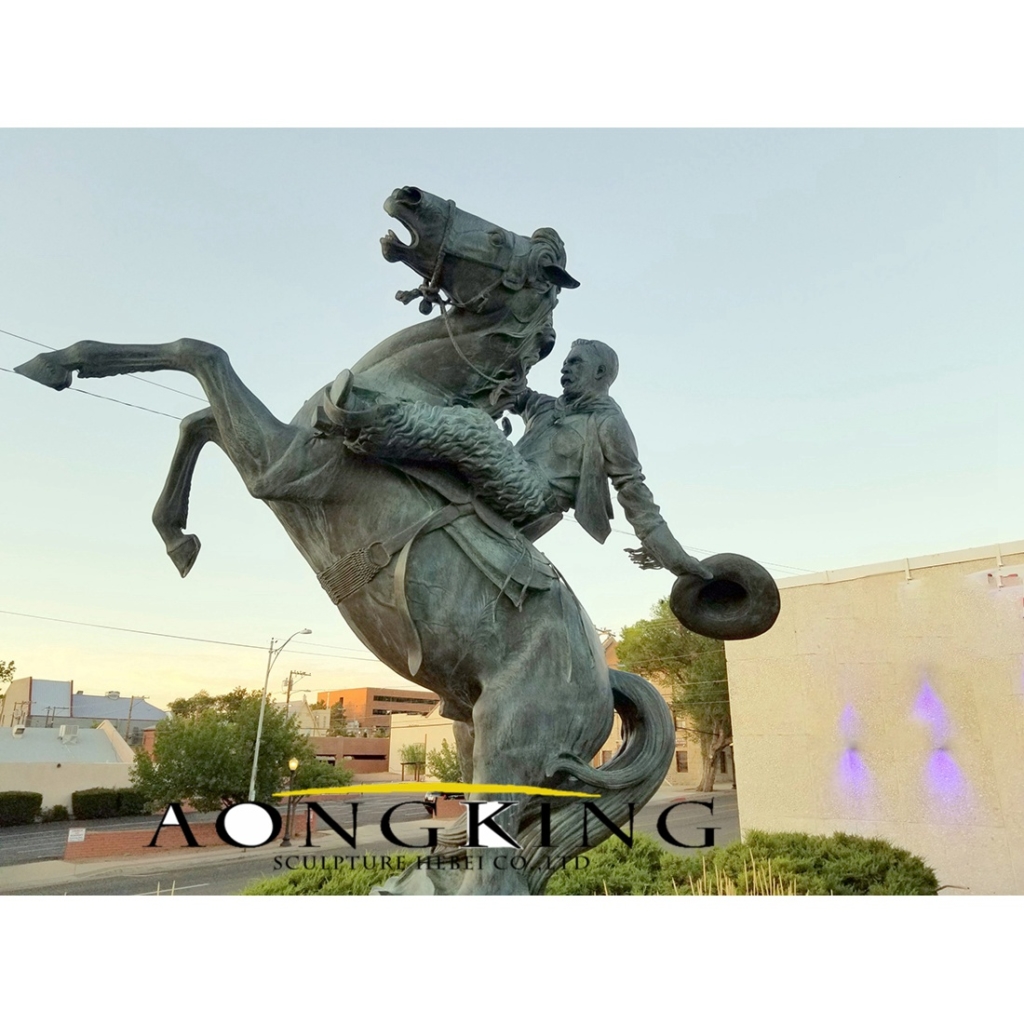 The meaning of chevalier sculpture in different poses:

If the two front hooves of a chevalier sculpture horse are vacated, then the person on the horse’s back will be killed in battle and serve the country; if the horse has only one front hoof vacated, it means that the person was injured and died; if the horse’s All four hoofs fell on the ground, which means that this person has died in bed. The bronze knight statue of Peter the Great is placed on a huge rock, the front legs of the steed are in the sky, and Peter the Great is sitting on the horse with piercing eyes and looking forward. Peter the Great was exhausted from work and was seriously ill. After a serious illness did not heal, he jumped into the sea desperately in order to rescue a soldier who fell into the water accidentally. After that, his condition deteriorated, and unfortunately passed away. Chevalier sculpture is a figure who rides a horse. It is usually a figure who has merits in military force. Just imagine a figure who is only famous in civil affairs and religion, such as internal affairs and religion, who will not make him a horse riding figure. As for the raising of the horseshoe, on the one hand, in addition to making the composition vivid and dynamic, the main reason is to show that the character is in a state of never-ending progress, which is an affirmation of his martial arts. 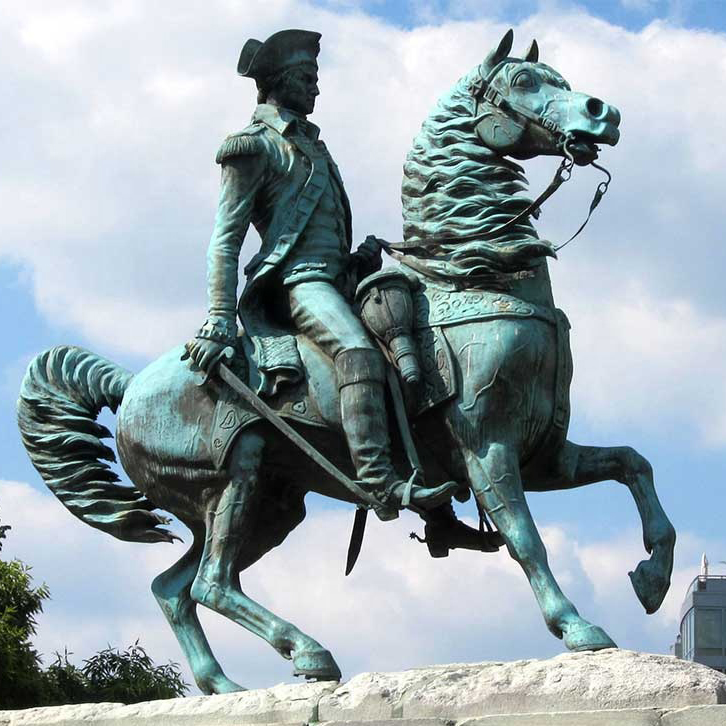 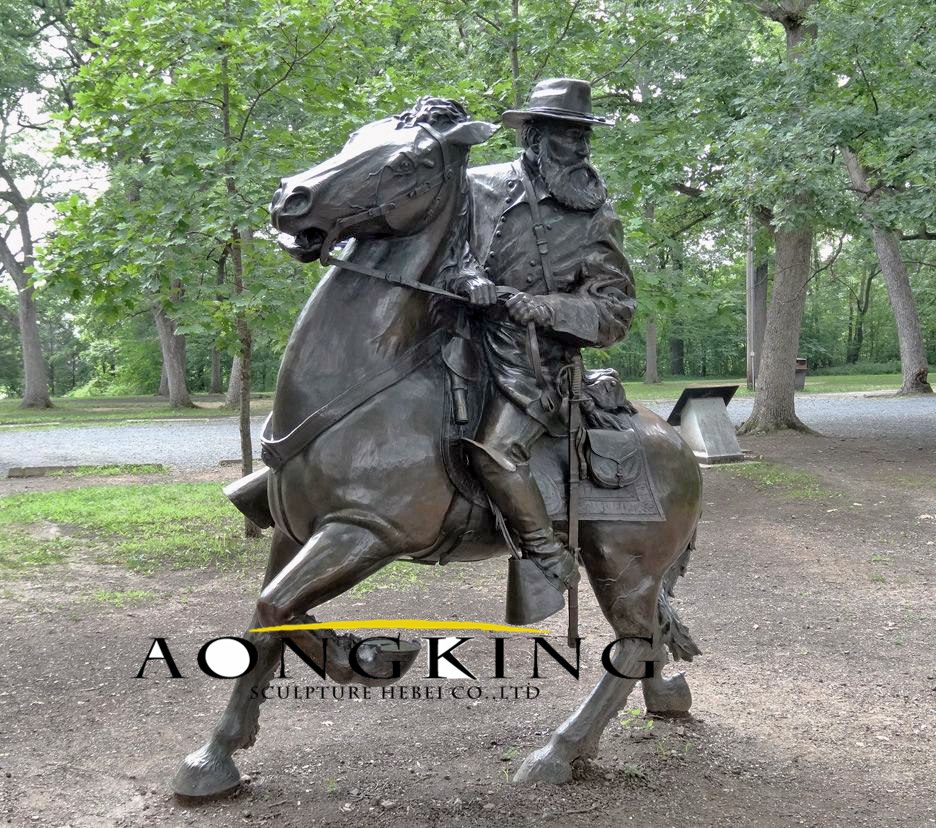 Knight of the sculpture