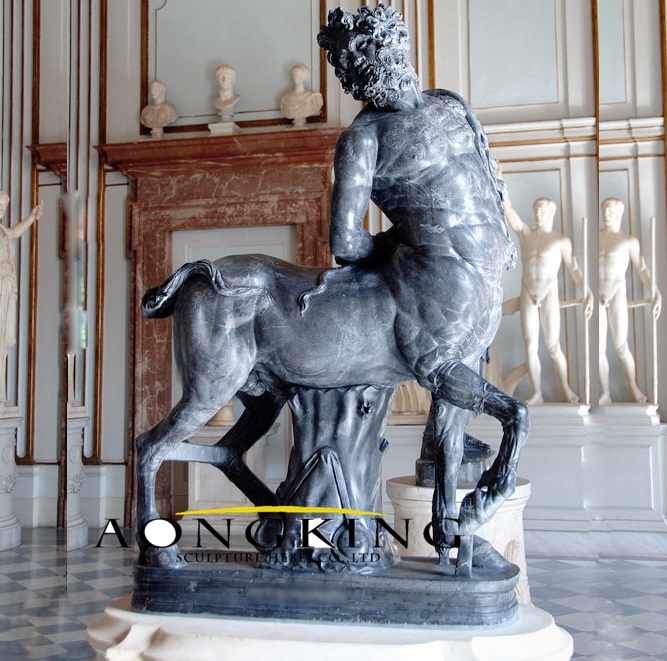 Centaurs later appeared in Roman mythology and were familiar figures in medieval animal fables. They remain a staple of modern fantasy literature. Centaurs are generally believed to be born of Ixion and Nephele. Sephora, as the story goes, was a cloud made in the form of Hera in order to trick Ixion into revealing his desire for Hera to Zeus. Ixion seduces Nephele, and this relationship creates the centaur. However, another version makes them the children of centaurs, the people who mate with the Magician mare. Centaurs were either themselves the son of Ixion and Nephele, or of Apollo and The nymph Stilb. In a later version of the story, the centaur’s twin brother is Lapidus, the ancestor of the Rapids. Another centaur tribe is said to live in Cyprus. According to Nonus, they were the fathers of Zeus, who had sown his seeds on the land in frustration after Aphrodite had eluded him. Unlike those on the Greek mainland, the Cyprus centaur is horned. The composition of centaurs has led many writers to view them as liminal creatures, sandwiched between the two natures they embody in contrastive mythology. They are all incarnations of the wild, as in the battle with the Rapids, as opposed to teachers like Chiron. If you like this bronze statue of Centaur, welcome to contact Aongking. Aongking can also customize any sculpture for you. 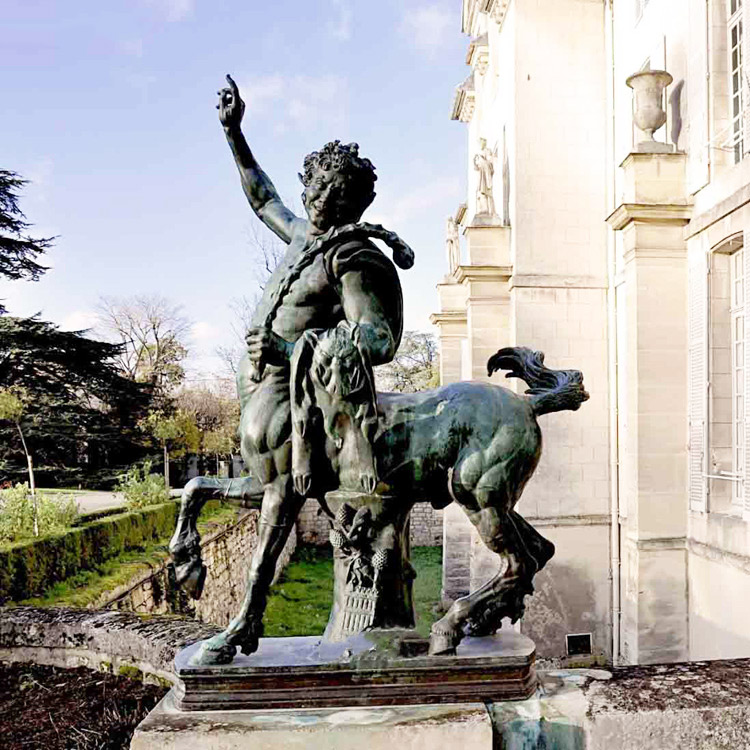 This sculpture is so strange. The upper part of it is the upper part of a man, but the lower part is the rear part of a horse. This is the famous bronze statue of Centaur. The Centaur is a creature of Greek mythology with the upper body of a man and the lower body and legs of a horse. In many Greek myths, centaurs are thought to be as wild as wild horses, and they are said to reside in the Magnesia and Pilion mountain regions of Thessaly, the Floy oak forest of Elis, and the Marin Peninsula south of Laconia. This bronze statue of Centaur is perfect for your garden. 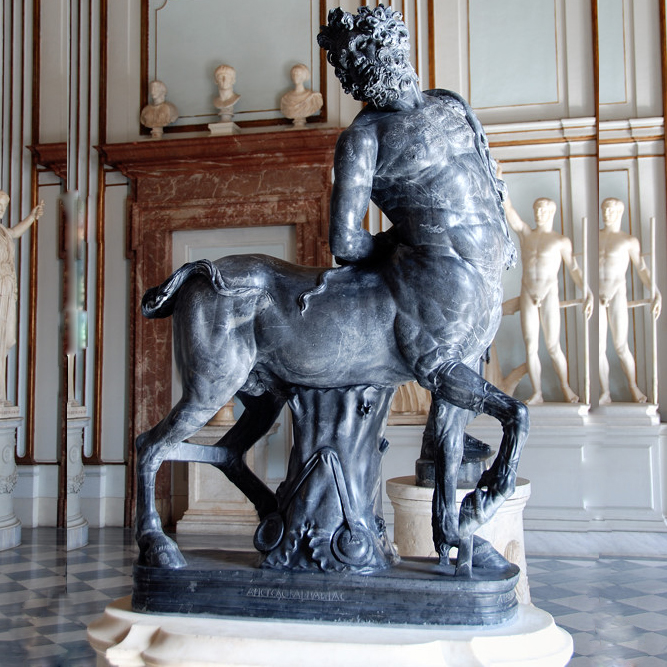