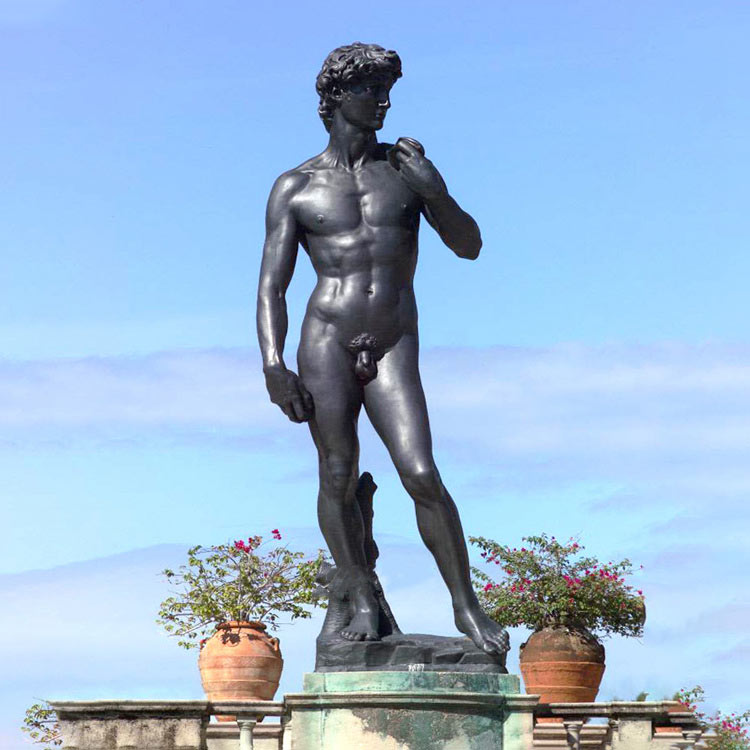 David was originally commissioned as one of a series of prophet statues placed on the roof line at the eastern end of Florence’s Duomo but was later placed in a public square outside the Palazzo, the seat of Florence’s civic government. The Piazza Della Signoria =was inaugurated on September 8, 1504. The statue was moved to the Accademia in Florence in 1873 and was later replaced in its place by a replica. Because of the nature of the figure it represents, the statue soon became a symbol of the defense of civil liberties. The Republic of Florence was an independent city-state. Threatened on all sides by more powerful rival powers and the hegemony of the Medici family. David’s eyes were warningly fixed on Rome, where the Medici lived. The history of the statue begins between 1501 and 1504 before Michelangelo’s work on it. Before Michelangelo’s involvement, the overseers of the Florence Duomo’s engineering office planned to commission a series of twelve large Old Testament sculptures for the buttresses of the duomo. Donatello made the first statue in 1410, a statue of Joshua in terracotta. In 1463 Florentine sculptor Agostino di Duccio commissioned a statue of Hercules, also terra cotta, probably made under Donatello’s direction. Eager to continue their project, in 1464 Operai signed a contract with Agostino to create a black David sculpture. If you like this black David sculpture, welcome to contact Aongking. Aongking can also customize any sculpture for you. 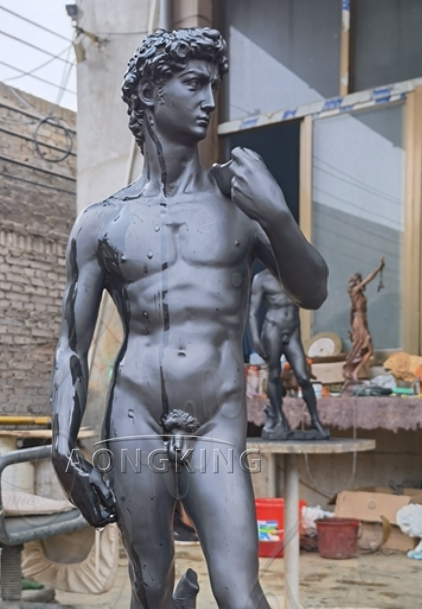 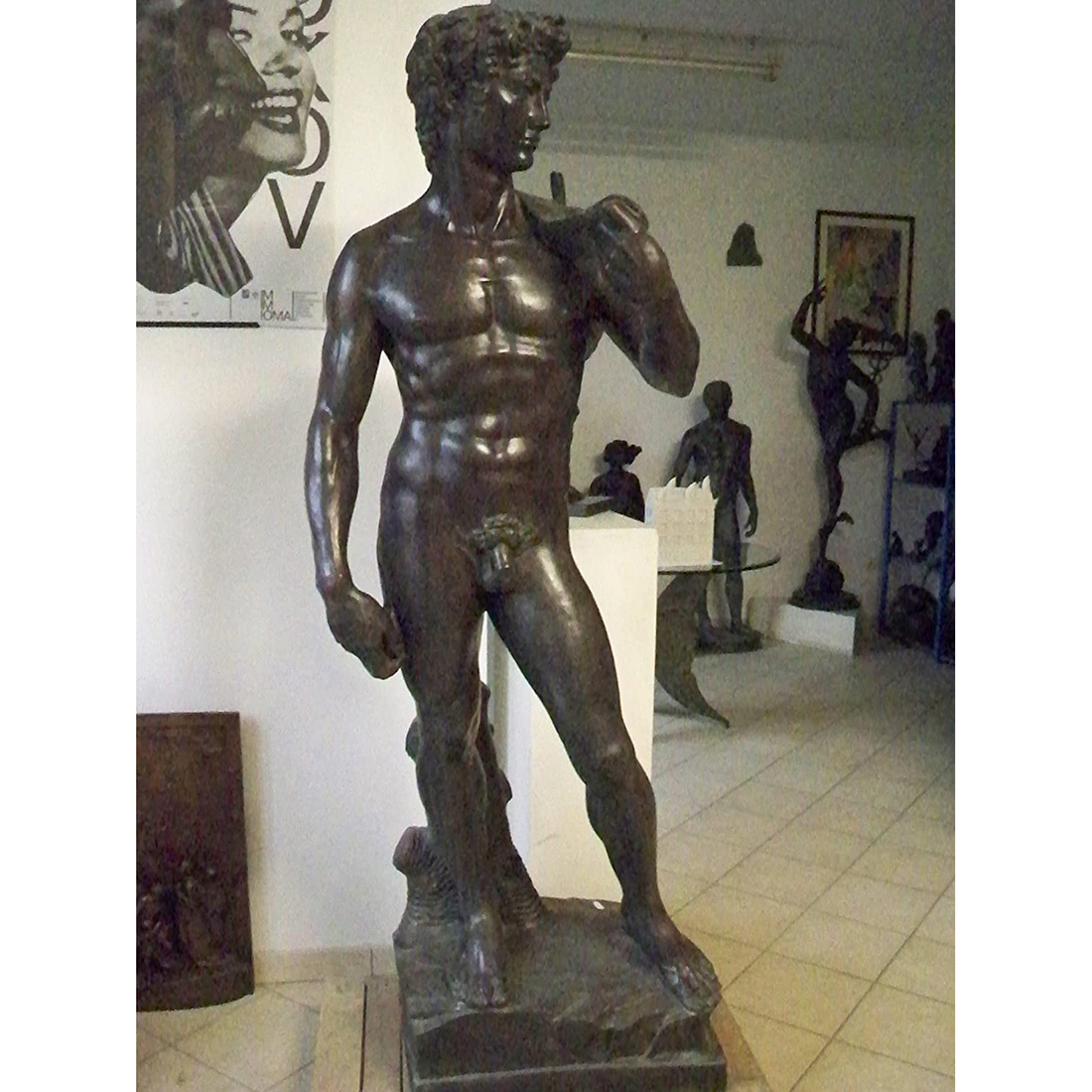