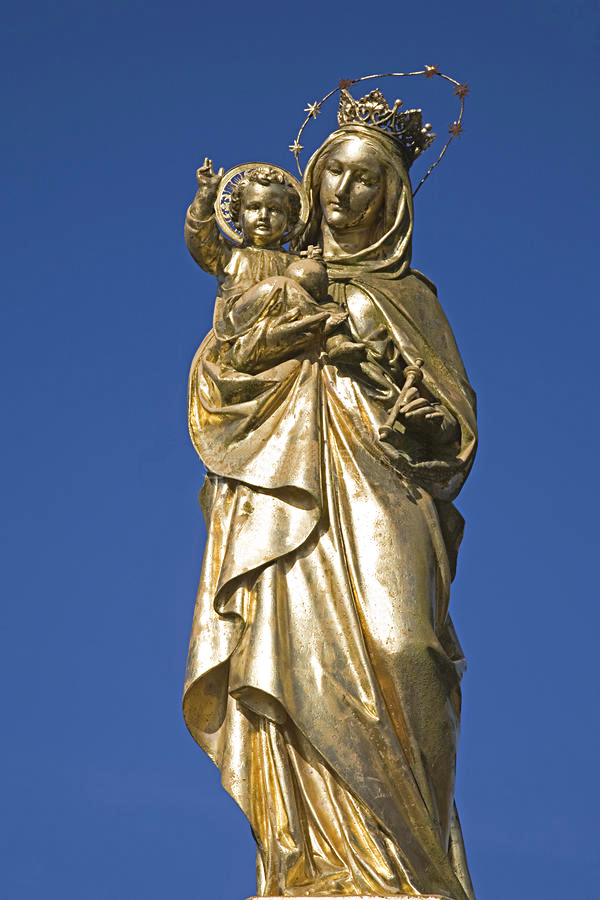 Mary has been venerated since early Christianity

According to the New Testament Gospels of Matthew and Luke, Mary was a first-century Jewish woman of Nazareth, the wife of Joseph, and the mother of Jesus. Both the New Testament and the Koran describe Mary as a virgin. According to Christian theology, Mary conceived Jesus through the Holy Spirit while still a virgin and accompanied Joseph to Bethlehem, where Jesus was born. Mary has been venerated since Early Christianity and is considered by millions to be the holiest and greatest saint. Because the extraordinary virtue she saw in the annunciation was seen by the archangel Gabriel. She is said to have miraculously appeared to the faithful many times over the centuries. Eastern and Eastern Orthodox, Catholic, Anglican, and Lutheran churches believe that As the mother of Jesus, Mary is Theotokos. Nowadays, a lovely Madonna statue is very common and respected in our life. 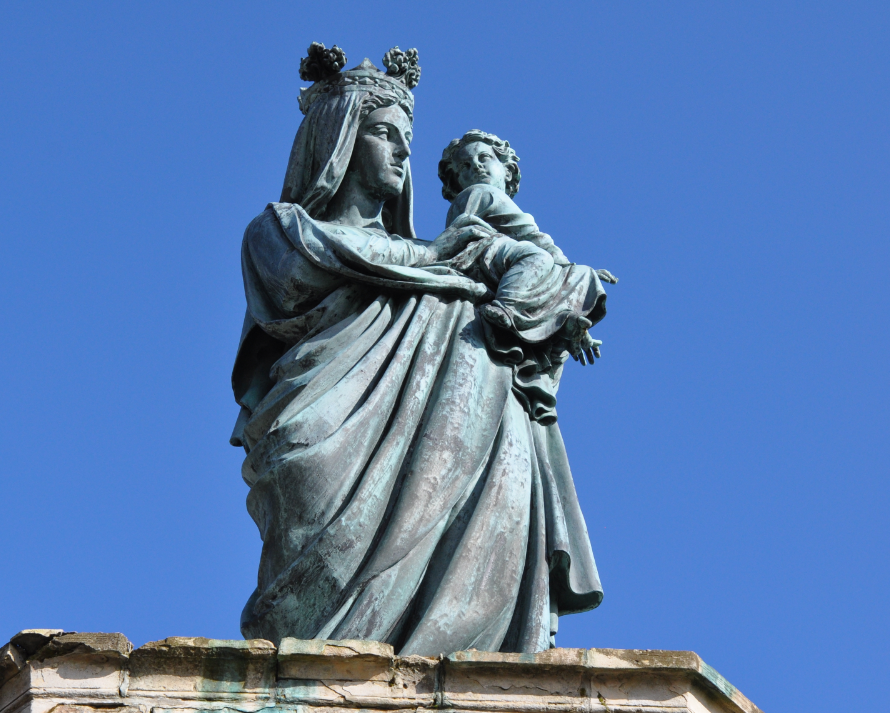 A Lovely Madonna Statue with Jesus

Mary has many different names

Mary also holds the highest position of all women in Islam. She is mentioned more often in the Koran than in the Bible, and the two longest chapters of the Koran are named after her and her family. According to Catholic and Eastern Christian teachings, at the end of her earthly life, God raised Mary’s body to heaven. This is called the Assumption in the Christian West. In Christianity, Mary is often called the Virgin Mary. Because it is believed that the Holy Spirit impregnated her and thus miraculously conceived her firstborn son, Jesus, she did not have sexual relations with her husband Joseph “until her son was born.” The word “until” has inspired much analysis of whether Joseph and Mary had siblings after The birth of Jesus. Among her many other names and titles are Virgin Mary, Saint Mary, Mother of God, Theotokos, Our Lady (Medieval Italian: Madonna), and Diva. Although the title “Diva” was used centuries ago as a nickname for many ancient sky goddesses, such as Nin-Anna, Astarte, Ishtar, and Ashtoreth, the Canaanite sky goddess worshipped by the Hebrew prophet Jeremiah during his lifetime. If you are looking for a statue of Mary you can find any statue of Mary you want on our home page. Religious Mary bronze statues of various names can be found here besides a lovely Madonna statue. Aongking also has many Mary sculptures on our home page. Welcome to contact Aongking, we are looking forward to hearing from you. 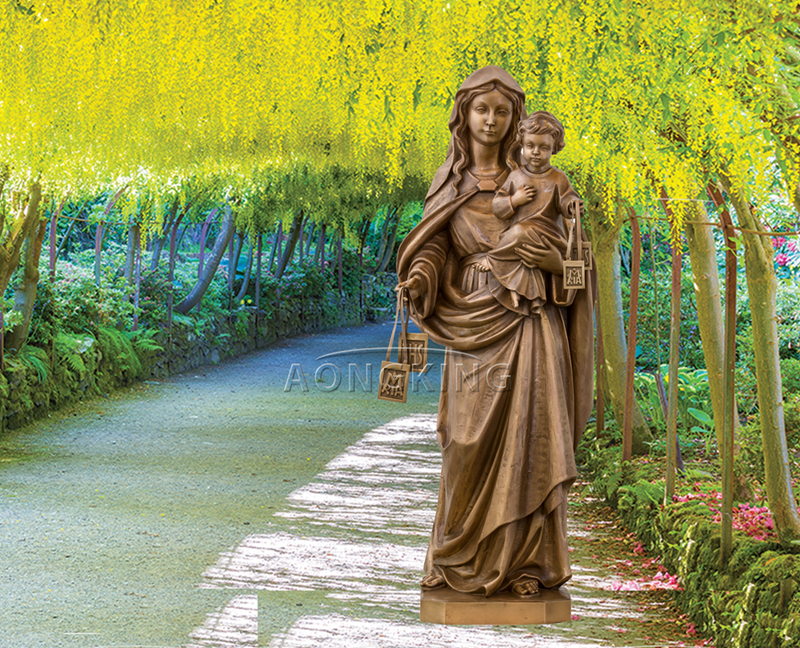